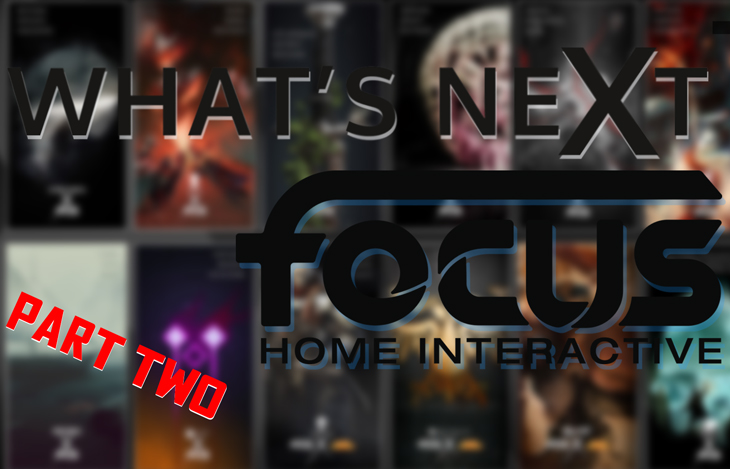 Welcome to the other half of the What Next Focus breakdown. In part one I broke down the first half of the big 12 game announcements and so lets get right into the last 6. 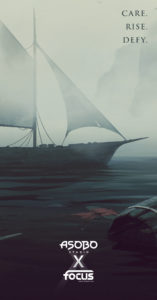 First in line two is for another of thier continuing partnerships with Asobo Studio, the developers of ‘A Plague Tale: Innocence’. This one is harder to guess as its most likely a new IP. In a press statement from Focus, David Dedeine, CCO and Co-founder of Asobo Studio said; “Today, we’re excited to continue this pioneering partnership with Focus on our new creation, which will take players out on a journey to a land of adventure.” So they have a good idea where they’re going after May 14th. After that, it’s all up in the air. Boats will be involved but could be anything from Black Flag to Rogue Traders.

Next is a returning studio but an indie one rather then the big boys like Deck 13 and Asobo, Passtech Games. They previously made the two ‘Space Run’ games and last years ‘Masters of Anima’ that Focus published and are now embarking on a “…development of a new IP in an indie vein”. There’s not that much to go on again as Passtech have said nothing so it’s really a blank slate. So what can be gleaned?

Well the neon and angler style could mean a neon-punk 80’s visual style combined with the grim tone through the “Explore, Regret, Succumb” wording. Have to say I’m interested but there is literally nothing else to go on so will have to have maximum temper until any other information comes out.

Next is the ‘oh baby a triple’ in development Games Workshop game announcements. First comes from Streum On, the developers of “Space Hulk Deathwing”, and the announcement that they are making another first person Warhammer title. When I first reviewed Deathwing, I was pretty down on the game as the servers where not great but the rest of the experience was good. It all got fixed in the Enhanced Edition but by that point the damage was done to the extent that the game will be forever seen as kind of ‘adequate’. But with the experience being pretty solid, there would be high hopes for progressing that forward to a new title. Going by the picture it’s going to be a few steps away from the Terminators and move more towards assassins. That would make me guess a more single player focused game and perhaps an open world setting. That or it will still be level based like Space Hulk before. Either way, a move away from the terminators may be a good move as a more vulnerable human then dude in armour element will make a quite change. Anticipating finding out more.

Then there’s Saber Interactive who “…will be working on one of Games Workshop’s most important licences, Warhammer 40,000, using their unique expertise and technology to develop a never-before-seen triple-A experience for consoles and PC.” Going by their past ‘expertise’ they would mean a shooter, most probably a first person shooter. There is little to go on for the picture but the obvious. The insignia is Imperium and the words are the call of the Marines so playing as a Space Marine is a given. Get those ideas of a ‘Space Marine’ sequel out of your head at that’s owned by Sega so this will be a different space marine based shooter. Saber had a hand in making the HALO versions so just have to wait and see what they come up with regarding finer details.

The final Warhammer announcement is from Gasket Games who seems like a fairly new studio. By that I mean I’ve found it hard finding any information about the company at all. They have one game in development called “Gasket” where the only info out there is one short demo video;

The line they say is that the company has former Relic members (the Dawn of War developers) on staff but that’s always just a marketing line. After all, its the whole not the individual that makes a studio.

By the picture, it’s going to be in Sigmar Warhammer (Warhammer fantasy) and the words mean a tactical edge to the game but as there’s so little about the company I can’t really speculate on anything outside of that. So for now, it literally is just the image and that’s it. 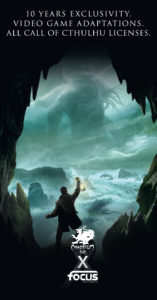 And for the final of the big twelve announcements we go to a topic close to my heart, Lovecraft. Chaosium Inc. is the company that does “Call of Cthulhu” which Focus, developed by Cyanide Studio, adapted and released last year. That must of gone well as Chaosium have agreed to a 10 year deal for Call of Cthulhu adaptions. This is big news as a) they get to corner the market with a deal that long and b) almost guarantees that a sequel is now on the cards. And the deal covers all Call of Cthulhu related stuff so they can use anything now. All the gods, all the stories, everything. To call back to the Warhammer paragraphs, this could be like when THQ signed a deal with Games Workshop and created a video-game boom for the franchise. And Focus seem to be moving to get that deal as well too.

So that’s all the big, new game announcements. But that doesn’t mean that was it. As there where two more announcements; one regarding ports and one I have found nothing else out about.

Regarding ports, “Farming Simulator”, (GIANTS Software), “Vampyr”, (Dontnod), and “ Call of Cthulhu” are coming to the Nintentdo Switch and “Mudrunner” (which you’ll remember from part one) is coming to iOS and Android. The Switch ports are clear why (the games did well) although the Mudrunners one is more interesting as it’s a port to mobile. It’s a sim game which is built for all of the buttons of a keyboard and just about a controller so going to the no buttons of mobile is an interesting move.

Then there’s the one I have no idea about. All there is is this image;

The image is of SNK’s latest remastering/booting of “Samurai Shodown”, a series that’s been going since the yesteryears of 1993. Are Focus helping develop it? No, it’s an SNK production. Are they helping publish it in world wide/national territories? No, that’s Athlon Games who have nothing to do with Focus. It could be for the Switch or PC ports but they still have TBA dates and neither Focus nor SNK have said anything about it, with SNK opting to talk about the PS4 and Xbox One releases and their esports tie-ins. So for now I have to use the rarest of press phrases; I haven’t the foggiest idea what any of this means.

And that’s it for part two and for all of the What’s Next Focus event. Which of the announcements are you looking forward to most? 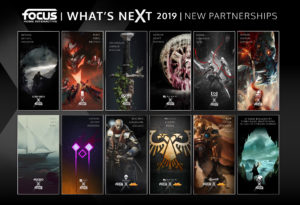