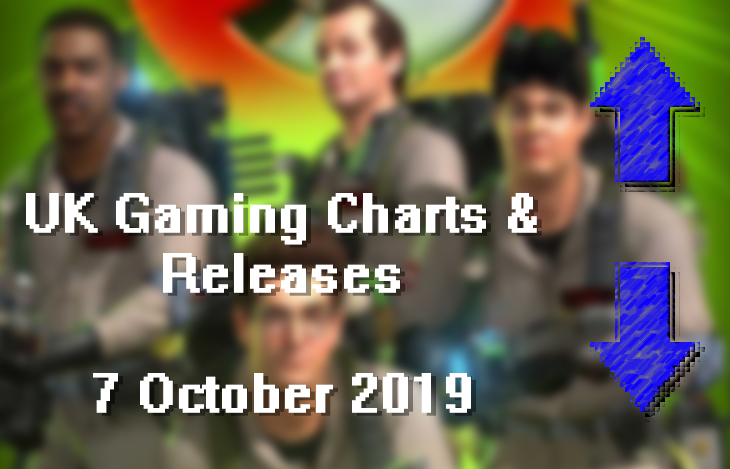 It is the UK, so FIFA remains number one. It’s going to stay that way for a while I think. Us in the UK have two past-times and that’s being repressed and football. Breakpoint got up to number two but few can beat football in the UK.

And this weeks surprise entry Ghostbusters Remastered… for some reason. It’s was alright when it came out and was relativity successful. Worth getting if you like Ghostbusters. Impressed it got to clawing at the top 5, getting up to number 6.

And Minecraft is really, officially a thing again with all the console versions getting into the charts. Which is good as I plan to stream more of it like it did at the start of the year.

Starting with the Physical UK All Formats Gaming Chart, supplied by UKIE Ltd.:

Compiled as all formats for all price ranges, for week ending 31 August.
Ukie Games Charts ©, compiled by GfK

A lot of releases over all the weekdays to here’s the list of this weeks releases;