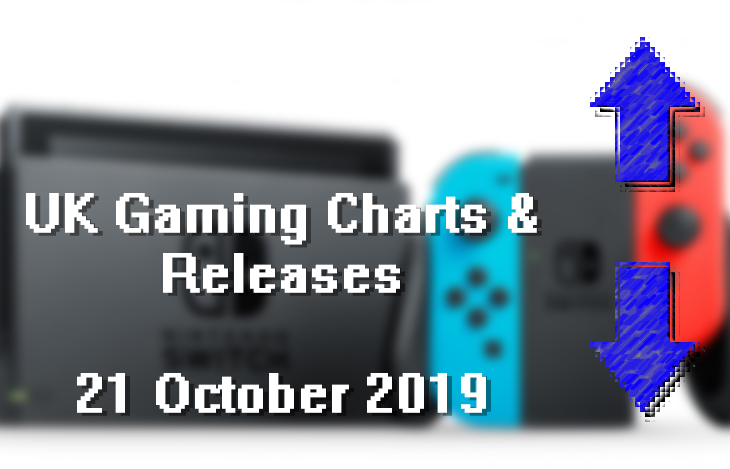 Slightly later than planned, here’s the latest news around the UK gaming chart and new releases.

Nintendo has had a good week. The top three hasn’t changed, although Mario Kart and Ghost Recon has switched to second and third respectively, but Nintendo has ports for Witcher 3 (forth) and Overwatch (11th) in the charts as well as having Let’s Go Pikachu, Smash Bros. Ultimate as re-entries to 19th and 16th respectively, and the new Ring Fit climbed to fifth. That’s on top of the entries from last weeks chart so in total 50% of the chart this week is solely down to Nintendo.

And what can I say about FIFA, heading to a month at number one. Well, football.

Compiled as all formats for all price ranges, for week ending 19 October.
Ukie Games Charts ©, compiled by GfK

One thought on “Weekly Game Charts and Releases, 21 October 2019”