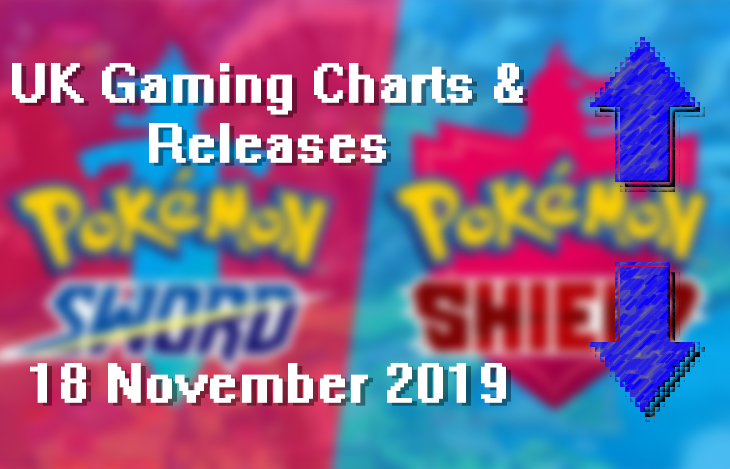 The Pokemon came out last week so yes it appears in the charts three times. One for each game individually and once for the double pack. So which one is more popular? Sword is number one while Shield ends up at number three, behind the other big release of Star Wars Fallen Order. The dual pack ended up seven but considering one sold more the the other is seems like no one wanted it because they all wanted one over the other. Least it look that way.

Other then that, the chart is much like last week but moved about. The Call of the Duty falls to forth followed but FIFA and Luigi’s Mansion.

For the fall of the week I’ve chosen the tie between Death Stranding and Plants vs Zombies who both fall 6 places each. Which is not that surprising as one is a destined to be a cult hit than popular and the other is sold on name recognition. I’ll let you work out which one is which. The Fortnite bundle fell the same number of places but I’m not going to say that Fortnite of all things is falling in popularity. Then there’s Link’s Awakening, Mario Maker, and Need for Speed but they came out weeks ago and not entered the chart last week.

Compiled as all formats for all price ranges, for week ending 16 November.
Ukie Games Charts ©, compiled by GfK