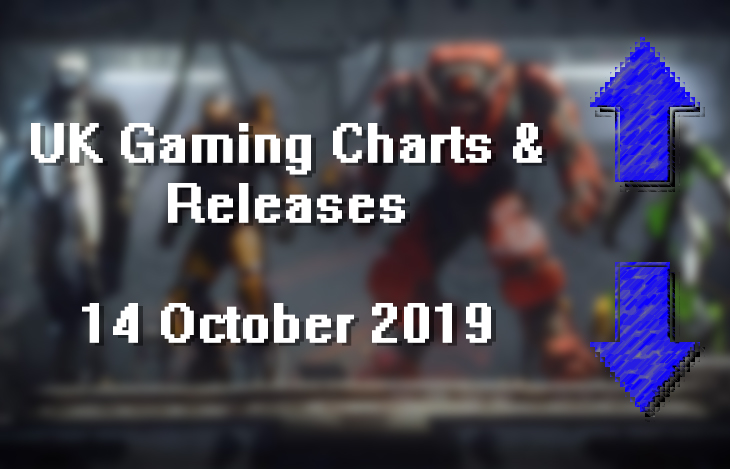 FIFA is still number one. It was always going to be the case considering how popular football is in the UK. Breakpoint managed to hold up in number two as well with Gears holding up in fourth. Last weeks third, Borderlands 3, went all the way down to eighth place and the last weeks surprise entry of Ghostbusters Remastered went from sixth to thirteenth.

On that, this weeks surprise entry is a resurrecting return of Anthem to sixteenth. Will be interesting to see how long it stays next week.

Compiled as all formats for all price ranges, for week ending 12 October.
Ukie Games Charts ©, compiled by GfK

And here’s the games coming out this week;