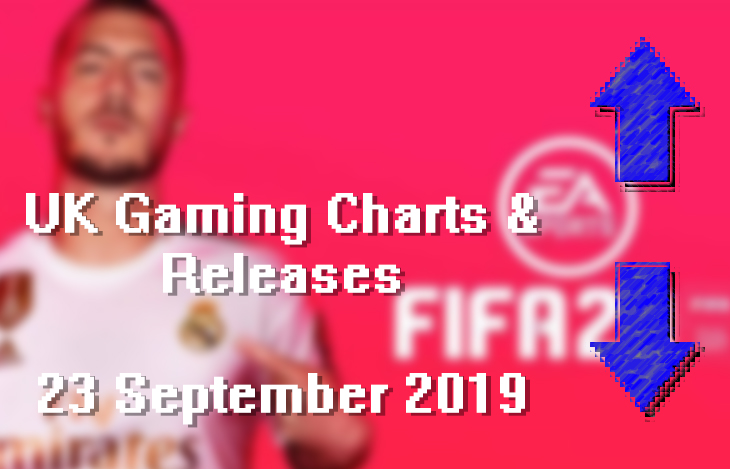 Well this was a little late. Usually The chars make the rounds on the Monday afternoon (hence why up Monday evening). But this week it went round on the Tuesday morning. There’s nothing in the UK like a Bank Holiday delay but either way, here it is now.

Starting with the Physical UK All Formats Gaming Chart, supplied by UKIE Ltd.:

Compiled as all formats for all price ranges, for week ending 31 August.
Ukie Games Charts ©, compiled by GfK

And here at the games coming out this week including yesterday as missing it would be unfair. Everyone or nothing here;