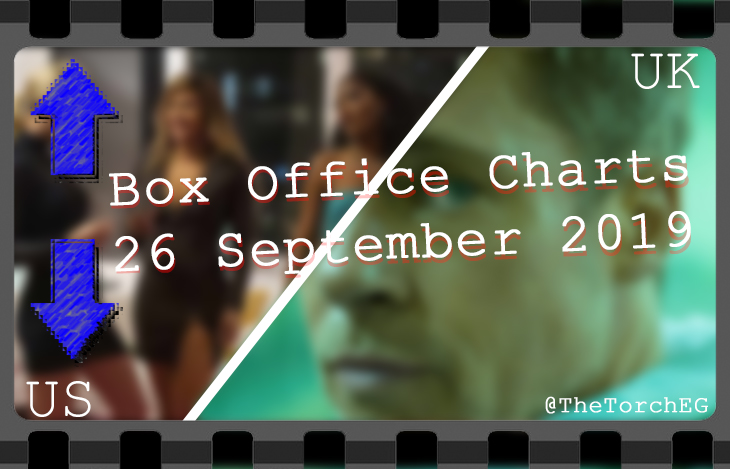 Well the UK and international difference still stands. Downton is still number one in the UK for the second week while IT, the number three of all things, is number one every where else. And the release of Ad Astra in the UK made it climb all the way to number two.

The box offices are still pretty different so here’s the international and US box office charts for all of last week;

This weeks release schedule has a very international flair this week with the usual crop of Indian films, but also a Polish film, a limited release of one from Trinidad and Tobago (that’s what the TTO. abbreviation is) and one from Italy. Then there’s a few theatre productions on top as well so ‘open season on Broadway’ I guess.