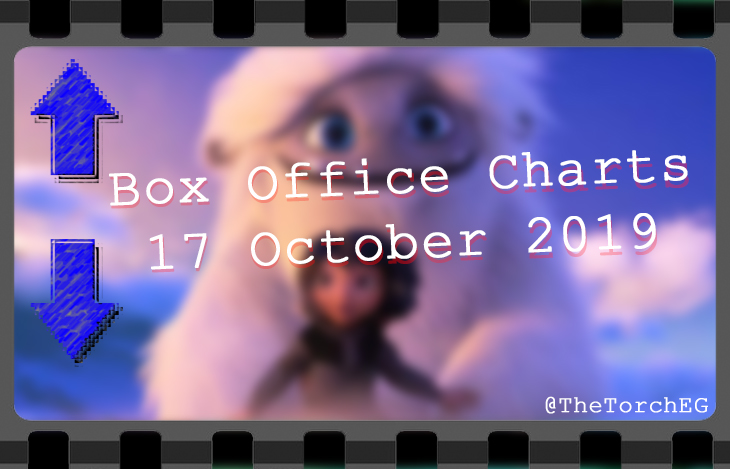 “Joker” is king and “IT: Chapter Two” has started it’s decent out of the box office. Considering ‘IT’ has already made over $200 million gross according to the international box office its more an inevitability than anything. Saying that, Joker’s made £137 million according to the same report so Joker might be on the way to topping it.

Then there’s the usual box office differences like the latest Will Smith vehicle “Gemini Man” coming in at third in the UK report but not anywhere in the international one as it came out the day after. Although ‘Rambo’ made it on to eighth on the international chart but didn’t even crack the top 15 in the UK so that’s quite the difference.

Here’s the lists, starting with the UK Weekend Box Office,