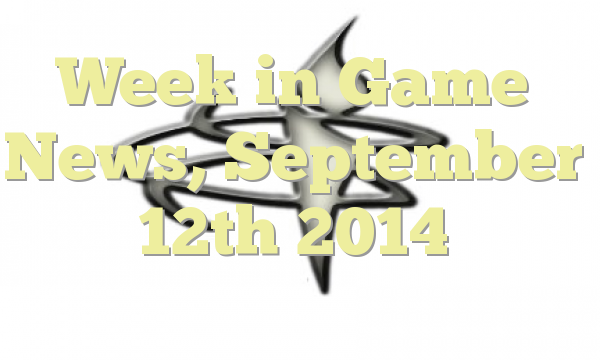 The Wall Street Journal reported on Tuesday that an acquisition deal between Microsoft and “Minecraft” developer Mojang AB is near completion. The report goes on to say that the deal is worth around $2 billion. Bloomberg, citing unnamed sources, then went on to report that the deal was because of the “positive working relationship on Minecraft for Xbox,” and conformed the $2 billion price tag. They also reported that the Mojang head Markus ‘Notch‘ Persson would stay with the company during its transition period, if the deal goes through, but would then leave the company after the purchase is complete. While “Minecraft” is the only major release of the company, their next game “Scrolls” is currently in development. Neither Microsoft, Mojang or any people associated with the companies have commented on the reports.

Found Atari Cartridges to be Auctioned

“E.T. The Extra Terrestrial” and other Atari game cartridges that have found in a New Mexico land fill will be sold off. The Alamogordo, New Mexico landfill was the mythological resting place for many copies of the long called ‘worst game ever’ “E.T. The Extra Terrestrial” for the Atari 2600. The game, released in the 1980’s, has been long documented to play a part in the video game crash of the late 1980’s which toppled the western video game industry. The dig, sponsored by Microsoft as part of a documentary series called “Atari: Game Over” to be released on Xbox platforms this fall, confirmed the myth when around 1,300 cartridges were found as well as other miscellaneous Atari game cartridges. Some of the cartridges, around 500 of the 1,300 total, will be donated to museums around the world. One museum that has spoken of its interest is the Museum of Rome, which has a video game section. The other 800 cartridges will be sold off through eBay and the city council’s own website. The sale is slated to begin in 2 weeks and be completed before Christmas. A rather apt end for a game rushed through its development cycle to get a Christmas release all those years ago. No base prices or bid estimates have been mentioned.

Twitch Streamer Talks About Being ‘SWATed‘

Twitch live-streamer Maxcuster has taken to YouTube to talk about his experience of being ‘SWATed’. ‘SWATing’ is a so called ‘prank’ of calling the police, impersonating someone, and getting SWAT teams to raid that someone’s home. In the video, he speaks frankly about his experience and about how he was only just able to stop a raid on his home after his young daughter saw armed police surround his home, which was when he called the police. He ends the video saying that the experience has not deterred him from live-streaming, and should not deter others who have had a similar experience.

I (Wil) can say that the practice of SWATing is vile and totally abhorrent. I can be assured that everyone here at the Torch: Entertainment Guide thinks the same. Our sympathy goes to those who have been affected by the act.

Xbox One Has Underwhelming Opening Weekend in Japan

Microsoft’s new console, the Xbox One, was released in Japan on September 4th and new sales information says that it has had a very underwhelming opening weekend. This, in of itself, is not surprising because Japan historically buys the Sony and Nintendo consoles, the home brand consoles, over the American Xbox. Over their opening weekends, the Sony PS4 sold an estimated 322,000 units while Nintendo’s Wii U console sold slightly less at an estimated 308,000 units. But the Xbox One sold significantly less, only selling an estimated 23,000 units. This is more than half of what the Xbox 360 sold over its opening weekend (selling about 62,000 units) which itself was significantly lower than the original Xbox’s opening weekend (selling about 123,000 units).

Former NFL Star Out Of “Madden 15”

Former National [American] Football League (NFL) star Ray Rice will be removed from EA’s sports title “Madden 15”. Rice was seen striking his fiancee-turned-wife Janay Palmer (now Janay Rice) in a video that was leaked to news site TMZ. After the video went public, the Super Bowl XLVII [47] winner swiftly had his contract with the Baltimore Raven’s terminated and has since had his sponsorship with Nike terminated as well. The removal of Rice from all rosters in the game is expected to be made in an update on or before Friday September 12th.