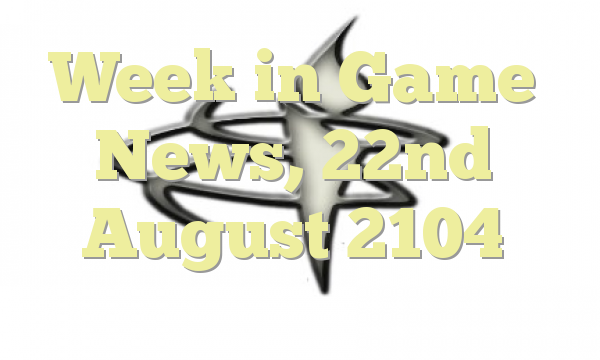 Robin <The Entertainer>
Three potential NPC characters that would commemorate the late actor and comedian Robin Williams have appeared in the code of “World of Warcraft’s” latest expansion, ‘Warlords of Draenor‘.  A total of three characters have been data-mined from the expansion’s beta build but they have yet to appear in-game. They are a Djinn (a blue spirit-like creature) for his role in Disney’s “Aladdin”, a human female for his role in “Miss Doubtfire” and a human male which some believe to be for his role as Mork in the 1970’s television series “Mork and Mindy”, or it could be something more clear-cut as the character could be just Robin himself. It is still unclear where these NPC’s will finally be or what role they will play in the game itself.

O’Donnell vs Bungie
The composer Martin O’Donnell has been in a prolonged legal battle with the “HALO” and “Destiny” developer Bungie since his dismissal from the company in April. O’Donnell was awarded almost $100,000 in damages and unpaid benefits and wages for his claim of being fired “without cause”. Now, Bungie has been ordered to restore his stock in the company as well. O’Donnell, before his dismissal, was working with the likes of Sir Paul McCartney on the soundtrack of the upcoming game “Destiny”.

No Games for Wii U, Despite Boost
Publisher and developer Ubisoft says that it’s game “Watch_Dogs” will be the last mature title to be released on the Wii U console. Ubisoft CEO Yves Guillemot said to Game Informer;
“What we see is that Nintendo customers don’t buy Assassin’s Creed. Last year, we sold in very small numbers.”
“What we see is that they are very interested in Just Dance, very interested by other kinds of games,”
“So what we are trying to do is to focus more on the types of games they are interested in.”
From 2013/2014, the Wii U only made up 3% of the company’s total sales, so they say they will be shifting its focus on the games it publishes for the platform. This comes after Warner Brothers Interactive cancelled development for the “Batman: Arkham Origins” DLC and with the news that the upcoming SEGA game “Alien: Isolation” and the Activision published “Call of Duty: Advanced Warfare” will not being coming on the Wii U console. This includes comments made at the start of the year by an EA source saying that “Nintendo was dead to us”. This has somewhat tainted the news that the console has had another increase in sales in Japan after the release of the cross-over title “Hyrule Warriors”, which is due to be released in western markets on September 16th in Europe and September 26th in the US.

Oculus Doesn’t Want Others to Damage VR Market
Nate Mitchell and Palmer Luckey of Oculus VR said to Gamasutra that they don’t want other VR devices to damage the virtual reality headset market because they are rushed out to be the first one released the public, or because they are badly implemented. After the popularity of the Oculus Rift headset, Sony has come forward with their own device called Project Morpheus, while Samsung could be developing their own device as well after trademarking the name “Gear VR”. Google also came forward with Google Cardboard, which is a set of blueprints and instructions on how you can make your Android phone into a VR headset through a cardboard shell and common craft supplies. Mitchell said;
“…it’s very easy to break the illusion, right? It’s like this house of cards where, when everything is perfectly in its place, the illusion is totally there. A big part of it is our hardware, a big part is our software, and a massive part of it is the content. The content needs to be carefully designed for VR to really create presence. It’s not something where it’s like, it has to be hyper realistic. It just has to be designed with all this stuff in mind.”
He continued in saying;
“So when content is poorly designed, it’s very easy to break the illusion and the spell. You pull one card out, and the whole thing collapses. And you think, this doesn’t feel that cool anymore.”
When asked about Sony’s Project Morpheus headset, he said;
“We really can’t control the hardware devices, which is one of the things that we’re most worried about. If people ask us, ‘What do you think of Morpheus?,’ on the one hand it’s amazing to see Sony come into the market, because it means more funding for developers…”
“But if the hardware isn’t good enough, and it gives a bad experience and can’t deliver presence – and actually one of the limited factors for them may end up being the PS4, for example – that’s a major problem. That’s kinda beyond our control, and that’s really frustrating.”