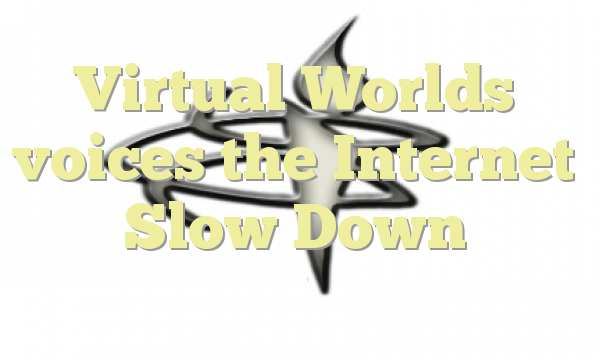 Share this
An article written on The Internet Slowdown Process at The Torch: Entertainment Guide by Wil Morris, a fellow colleague, intrigued a thought of Kennie Morrison to conduct a poll in the virtual worlds like Second Life, InWorldz and Avination etc.

A national debate over net neutrality led to a 3-2 vote at Federal Communications Commissions to decide that they will allow telecommunications and broadband providers to charge content providers for a preferential treatment across their networks. This strategy is demonstrated by Netflix and Comcast. For more information click here. Although such implementation cannot be observed out-rightly by the broadband companies by blocking the a major part of traffic to the sites, few major sites have started to protest. One such protest over the web has been done on September 10th, 2014.

With most of the information on Virtual Worlds being posted on the internet at various sites. Only a handful few look into the forums or the blogs related to the viewers. Most of us follow the virtual magazines and blogs to get updated or advertise the virtual products and services. Many of us may think, it wouldn’t affect them, however, with preferential treatment, many would be facing a slow down which will ultimately translate in lowering down the traffic. This in a way would affect us all.
One may argue that this implementation is only for the United States of America, but as Wil wrote in his article, if it is being implemented at one country, it would not be long before others get affected too. Another important set back that might cover the slowdown, is that it may slow some of us and induce lag which will hinder the experience of an user in any virtual world.
Here are some varied views by few of the residents across the grid of virtual worlds.
Lanai Jarrico (Founder of SL Enquirer) says, “I think this could possibly effect internet users from the U.S. What it looks like to me is another way for big brother to control how we use the internet. According to the responses in calls to lawmakers, it suggests that a number of people are alarmed by the changes that cable companies want to make. I am not sure how this will effect virtual world users but I think it will be an annoyance. I think people will find a way around this and still continue to be involved virtually“.
Cali Karsin (founder of The Cultured Magazine) says, “The internet slowdown process is bull! Everyone should be treated equal and given the same speed access to the internet. It is a given right as a human being now to be able to access the internet as it is used in everything we do! If this affects my collegiate studies, I will be very upset. How this can affect virtual life, is that it would slow things down for some people connecting to Second Life, just because they refuse to pay the new “premium” service just to avoid interruptions, not all of us can afford such things, I know I cannot. There is enough lag as it is, let us not throw another problem into the mix when we already have enough of our own. Virtual worlds demand freedom of expression and each of us living in them deserve to have equal opportunity to access the same speed internet everywhere we go“.
Britney von Prague (Second Life and InWorldz creator) says, “If people did not call in we would not be able to run Second Life the way we do. Second Life is based on how fast your internet connection is really. When you are wandering around, you want to be able to see things instantly, not have to wait hours to be able to walk around and hope your internet connections can handle you even moving. Now that they have done it and so many people have called in, if they do allow the slowdown, people can guarantee there will be new people in the seats and the ones agreeing to this will be gone, in my opinion“.
As I was asking people, I realized, most of us were unaware of the current issue. I am thankful to the ones who took the time to read and find out more to give their opinion
Bianca Xavorin (Second Life and InWorldz Artist) says, “Just reading what you sent me. (As usual this has not been mentioned any where on our news). Americans are always kept out of the loop of things going on below our noses“.

Look at what Daxter Despres has to say at the Drax files
What are your views?

One thought on “Virtual Worlds voices the Internet Slow Down”