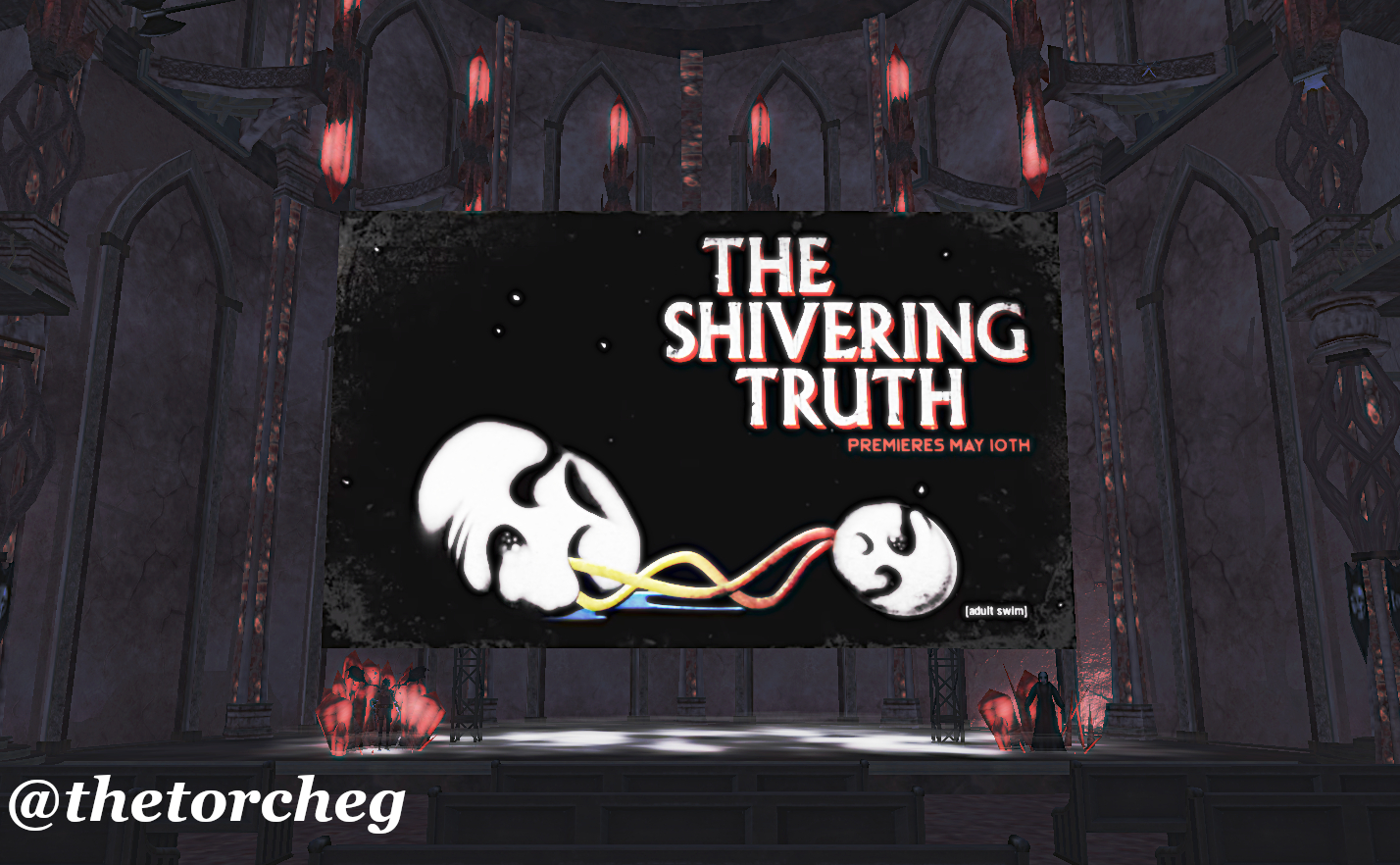 We haven’t tackled a Second Life event in a long time, have we? Well, it’s a good thing we’re starting to get back into the virtual world. On May 8th, 2020, Adult Swim ventured into our part of the internet and brought us a new trailer and screening of their show ‘The Shivering Truth’ a surrealist stop motion animated anthology series. They chose to premiere their second season in the virtual world, meaning that those who had never experienced this show got to see it in all its grim ghastly glory.

One of the things I’ve always loved about Adult Swim were their animated shows. From Moral Orel to Aqua Teen Hunger Force, their content was golden. And while some were more on the very LSD trippy side, there were others that were just timeless. So I’m always interested in seeing what new fresh trippy hell AS has in store for me now. Enter, the Shivering Truth:

First, I’d like to say that this reminded me a lot of Moral Orel. I think it’s because of the stop motion style, but this definitely is a lot more surreal and horror-based in contrast to Moral Orel’s comedy tone. Which I love, of course. Anything that has to do with surrealism and horror I am totally down for. Things that make you go ‘WTF did I just watch, man?’ And I am happy to say, this seems to be that kind of show.

A show filled with gore, death, and the macabre? Totally something I would be interested in. There is one segment that made me chuckle. It was based around the fact that all faiths got you everything you wanted, and people highjacked others of faith at knifepoint and got them to pray for dump stuff like a Sandwich. That was really funny to me for some reason. I think it’s because they used people of faith as taxies to take them home, and when they prayed for faith, they too were hijacked at knifepoint. That got a chuckle out of me.

The trailer does have a lot of odd imagery, that anyone who loves the grotesque, and weird would enjoy. The music in the trailer just sings to me, I would love to find the full song and listen to it, it’s just so haunting and has -that 80s, electronic, sci-fi tone that I love so much.

It also has some trippy and very creepy imagery that is totally my jam. So if you are totally messed up like me, and enjoy all things dark and disturbing with a dash of humor, you may want to check out The Shivering Truth. Season 2 starts on May 10th only on Adult Swim.