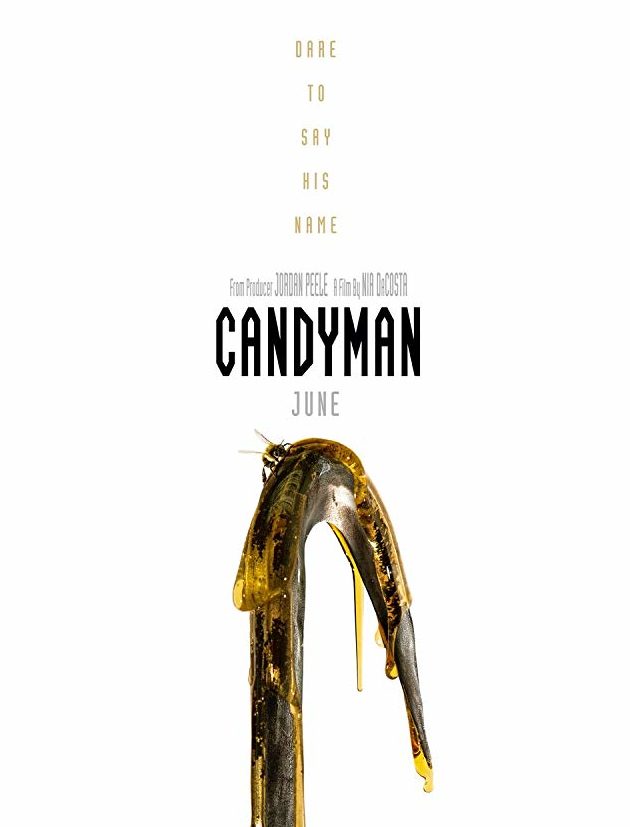 Candyman, the Legend says if you say his name five times in the mirror he will appear behind you and kill you.

I was never brave enough to say his name five times when I first saw the movie as a youngster. What’s my excuse now?

Before he was hanging around young adults who were trying to mess with death’s design, Tony Todd played the iconic Candyman, a legendary specter that haunted an inner-city part of Chicago. Based on the Clive Barker short story, ‘The Forbidden‘, Candyman is one of the many horror movies that seems to be able to reject or break the tropes that have been established by many horror films. For that reason, the character has cemented himself in horror history.

Now, here we are, 35 years after the short story was originally published in Barker’s Anthology series ‘The Book of Blood’ and 28 years after Candyman (1992) dawned our screen with a new adaptation. I had no idea it was coming, not until they dropped a teaser trailer two days ago (Feb 24th 2020) and today they released the full trailer. Let’s talk about it, shall we?

Holy crap! This looks seriously, seriously hype! First of all, this movie looks like it’s going to have a huge kill count, a lot more than the original movie. I found it a little odd that they were using a slow version of Destiny’s Child ‘Say My Name’, but I liked it. Also, the album that song is from is called ‘The Writing’s on the Wall’, that’s a nice touch. Well It seems like the story is going to follow a different character than the original story and 1992 movie.

In the original movie, and story for that matter, you never got the sense that the urban Legend ever got further than the housing estate setting the movie was in, however, you can actually see characters outside of the housing estate performing the ritual in the trailer, because guess what, that’s what teenagers would do.

So, what did I think about the trailer? I loved it, definitely interested in seeing the film when it’s out in the cinema. Candyman (2020) will be released in the UK on June 12th 2020.

What did you think about the new Candyman trailer? Did you try to say his name five times when you were a kid? Have you read the original short story? Comment below and let me know!