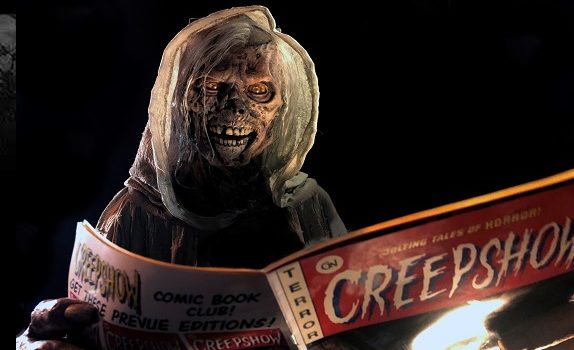 Let me tell you a quick story when I was 8 years old, my dad worked a lot. Usually, he worked nights, and I didn’t really see him that much. When I was going to school he was coming in from work and going to bed, and when he going to work, I was already in bed asleep. It was like that for a while until we moved to a new house and he got a new job. During that time, my grandmother would babysit. My dad had some VHS tapes (yes, it was the 90s, there were VHS cassettes back then) one of them was Bad Boys. I remember watching it while my grandmother was sleeping and I loved it! It was actually the first movie that I ever saw Will Smith in. Before that, I only knew him as Will from the Fresh Prince of Bel-Air, and I knew Martin Lawrence, from reruns of his old TV show Martin.

Going off on a tangent here, but I love Martin Lawrence, I have loved everything film he’s been in, from Blue Streak (a personal favourite) to Black Knight (a not so personal favourite). In the 1990s he had a sitcom called Martin, and oh my god, I loved that heck out of that show. It was a slice of life sitcom about a couple and their friends being 20-somethings living in Detroit Michigan. I remember watching it on syndication and oh my goodness, if you can, go check it out! It is amazing. I loved it for because of one character, her name was Sheneneh. I couldn’t get enough of Sheneneh. She was played by Martin Lawrence, he played her to be this stereotypical ghetto girl. Him dressing and playing female characters didn’t start with Big Momma’s House.  End of tangent.

I heard rumours about a Bad Boys 3 for a while now but thought it was just…. rumors. Just like they have been saying there would be a new Crow movie and there hasn’t. They (every outlet out there) said it was coming, but I didn’t believe them, I honestly didn’t think that there would be another Bad Boys movie. Will Smith and Martin Lawrence had gone into different things, and for Lawrence, it seemed like he dropped off the face of the earth for a while, nothing really pointed to another film.

Not that I’m not excited about it, one of my favourite movies is the original 1995 film, and when I think of the 90s, that is the movie that pops up in my head. Even if it was directed by Michael Bay, Bad Boys was an excellent romp from start to finish, and my 8-year-old brain loved it! It had the most quotable lines, the best action scenes and had one of the best buddy cop team-ups between two comedic heavyweights.

So let’s look at the trailer!

While watching this, I noticed something and it made me go back and watch the trailers for Bad Boys II & III. What was it? Martin Lawrence isn’t really showcased that much. Will Smith is doing most of the action scenes, granted Lawrence seems to have the best comedic lines, but it kind of looks like Lawrence is the comic relief. I really hope they don’t make Smith look like the hero and Lawrence look like the bumbling idiot. They are both comedians, and they always played well off each other. They have before, and they still seem to have that chemistry between them.

Also, can I say how adorable that ending scene is, the young officers singing the Bad Boys song and the older Martin and Will shutting them down? It’s almost as if they were trying to hint at the three young officers were taking over the franchise and Will and Martin were like, ‘Yeah, that’s never going to happen.’ Bad Boys For Life will hit theatres on January 17th, 2020.

So, Halloween is just around the corner, and what should show up just in time for the spooky season, but Creepshow, a horror anthology series based on the 1982 movie that was directed and written by horror legends George A Romero and Stephen King.

I grew up with Tales from the Crypt (even those the Crypt Keeper scared me), and it’s probably the reason why I love anthology horror so much (outside of things like Goosebumps and Grizzly Tales for Gruesome Kids). When I first watched Creepshow, I loved it. I was a little bit older when I first watched it, and I didn’t really find it that scary, and the second film was pretty cool too. It was a fun movie, and the Creep was very creepy. It also made me wish I saw a film where Leslie Nielsen played a villain. He was pretty impressive in Creepshow, and I really wanted to see more of him being a bad guy, he just seemed to be having the best time being evil.

It’s safe to say that I love anthology horror, books, films and tv shows (I mentioned it above), so finding out that a series was coming to Shudder, the horror film and tv series streaming app was a total delight. I watched the trailer, and I will be watching the series.

The trailer didn’t really give a lot away. What looked kind of creepy was a tree-thing I don’t know what that was, but it grabbed a boy when he was in bed, and that seemed really cool. It looks like there are going to be a lot of monster stories in this. At one point I thought I saw Pumpkinhead, I would love if Pumpkinhead showed up in this series. I saw a Monkey’s paw, and if it’s going for that story, I’m all for it. I love the story of ‘The Monkey’s Paw.’

The Creep looked fantastic, it seems like they kept the original design from the movies, but a little updated. He doesn’t talk,  which makes him extra scary, and it sets him apart from Crypt Keeper, who spoke a lot and made jokes and puns – a lot. I like that he doesn’t talk it makes him scarier, he just hoovers outside your window, and that’s chilling, I really like that. Creepshow will be coming to Shudder September 26th, 2019.

Overall I’m excited about what is coming to the big and small screen. I am going to be watching Creepshow when it comes out, and Bad Boys for Life is still a long way off, but I’m still excited about it. So, what you think about the Bad Boys for Life trailer? Did you grow up watching Martin? What do you think about the Creepshow movies and trailer? Comment below and let me know what you think!