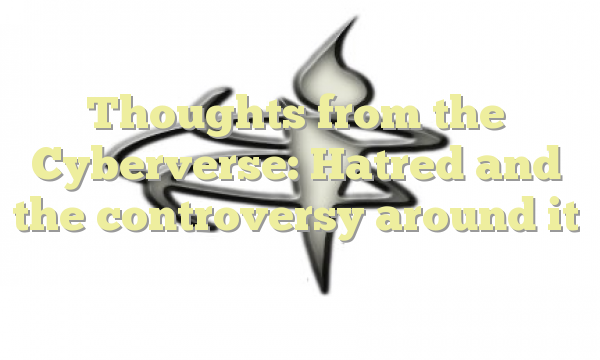 It has become somewhat of a regular piece now for me to comment on recent controversies, so here is my take on the recently released trailer for upcoming Destructive Creation release Hatred.

Earlier in the week, Polish game studio Destructive Creation unveiled their latest project, an isotopic shooter called Hatred, that puts you in the shoes of a spree killer, gunning down everything that comes near you. Because of the sensitive nature of the main character, the game has already gotten an aura of controversy around it.

What does other people say?

There is no lack of commentary around Hatred.

Epic Games, the creators of Unreal Engine 4, the graphics engine the game uses, has commented on the fact that Destructive Creations have used their logo without permission, but other than that they stressed that they refuse to take any action to censor another studio’s game.

Tech Times pointed out that Destructive Creation seems to revel in the fact that their 90 second trailer has stirred such controversy and asks if the game is really appropriate for release.

Destructive Creation themselves call the game a response to the rise of political correctness that has spread across the globe. This is what their website says:

The question you may ask is: why do they do this? These days, when a lot of games are heading to be polite, colorful, politically correct and trying to be some kind of higher art, rather than just an entertainment – we wanted to create something against trends. Something different, something that could give the player a pure, gaming pleasure. Here comes our game, which takes no prisoners and makes no excuses. We say ‘yes, it is a game about killing people’ and the only reason of the antagonist doing that sick stuff is his deep-rooted hatred.

A lot of commentors on the trailer page on Youtube has drawn parallels with games such as Grand Theft Auto, Postal and Prototype. Others call it “Mass Murder Simulator 2015”. A lot of the comments says things like “If you go out and kill people after playing this game, you were going to kill people anyway”.

What seems to be the main concern is not the controversial aspects, as most commentors seems to think that is just a marketing tool. What most people seem concerned about is that mass murder would be the only thing the game has to offer. The game studio has not yet revealed any plan on having any plot, any story, any character development or any gameplay elements beyond pointing and shooting. What concerns the viewers of the trailer is not the gore or the way it’s presented, but the fact that the game might just not offer enough gameplay to warrant the price tag, whatever the price tag will be.

Personally, I believe that Destructive Creation is a small studio with more marketers than developers. I believe that they wanted to get their game out quick and with as little effort as possible and the cheapest way to do that these days is to make it controversial.

As many already pointed out, mass murder in games isn’t something new. In the 80’s, parents stormed arcades all over USA to drag out Death Race arcade machines and burn them on the parking lots. Manhunt was linked to a murder and was the first game to be pulled down from shelves all over UK and USA. Carmageddon puts you in the driver seat and tells you to kill as many people as you can, with bonus points if they are innocent. Postal has you going around killing people for no reason at all and then do unspeakable things to the corpses for extra points. Grand Theft Auto has had great controversy in every iteration of the game.

The mass murder thing has been done before and it has been done better. It’s not even the first mass murder game to be made with the Unreal Engine 4, the one thing that Destructive Creation wants to hammer in. They even go on to state that they welcome the controversy and that part of the reason for the title is because it will spawn “haters”, people who hates something for the sake of hating it.

This is a rather obvious attempt at stirring up controversy where there really isn’t any. I don’t believe that is a good tactic, because as soon as people get over the controversy, the marketing falls through the floor. Destructive Creation let the controversy out before there’s even a playable version of the game out and now they run the risk of running out of controversial material before the release.

That brings me hope, though, because that might force the studio to make something more out of the game. Seeing the trailer (which I won’t link here due to obvious reasons), the game does have potential. It’s rather nice looking, even if it’s not that realistic. The graphics can compare to XCOM: Enemy Unknown, which is very good for a 10 man team. The small piece of plot there is could easily be expanded upon, maybe add a reason for the killings to really take you into the mind of the killer. After all, the trailer does point out that the killing is “what is really important”, so it would be nice to expand on that. If they implement some unique game mechanics, it could be something more than the GTA/Hotline clone the trailer makes it out to be.