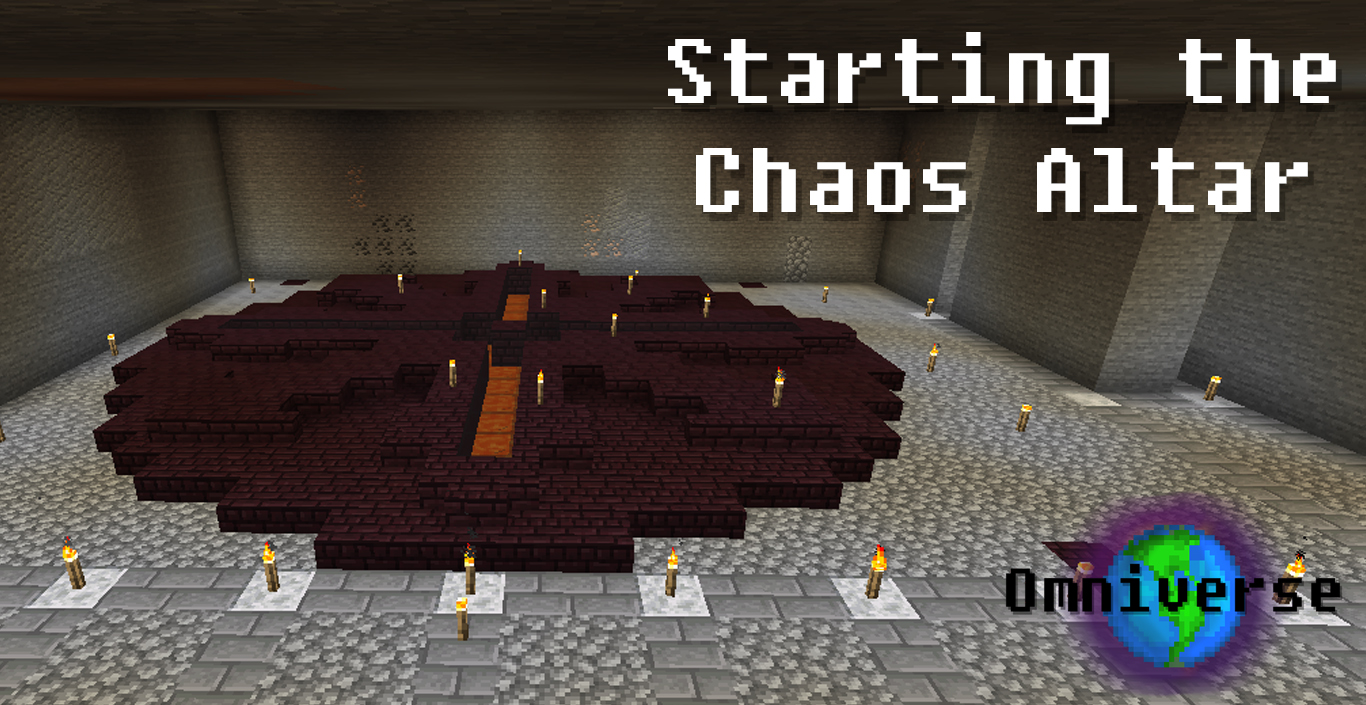 I threatened that I was going to start this a long time ago and so now I’m setting off on doing it, The Omniworld. Let me explain…

The Omniworld is more of a continuous project then anything else. It’s a Minecraft world that’s part series and part museum piece as a lot of Torch EG related things are going to go into it. Built block by block over videos on the YouTube channel and live streams on our Twitch, with a lot already done so far, the world will be a continuous world that connects a lot of things together. Meaning, the world will go from Minecraft update to update and probably get more broken as time goes on but that’s where some of the fun lies. So with that, here the first official part, a stream highlight video from several months ago building an altar to how broken the world with be in a few years.

Also to it being a Torch representation, it’s partly a personal project of mine. So I’m not expecting much regarding a response in views. But as time passes and as our content fluxes it’s nice to have a single home to go back to. Yes I am turning 30 at the end of the year but my own entropy is not a new thing on my mind so it’s not about the every encroaching middle ages. (There’s the reason you where looking for to consider me a bit mad already.)

Anyway, if your looking for some answers to obvious questions like ‘Why Minecraft?’ you can find the answers as well as a full video list on an online document here.

One thought on “The Torch Omniworld”