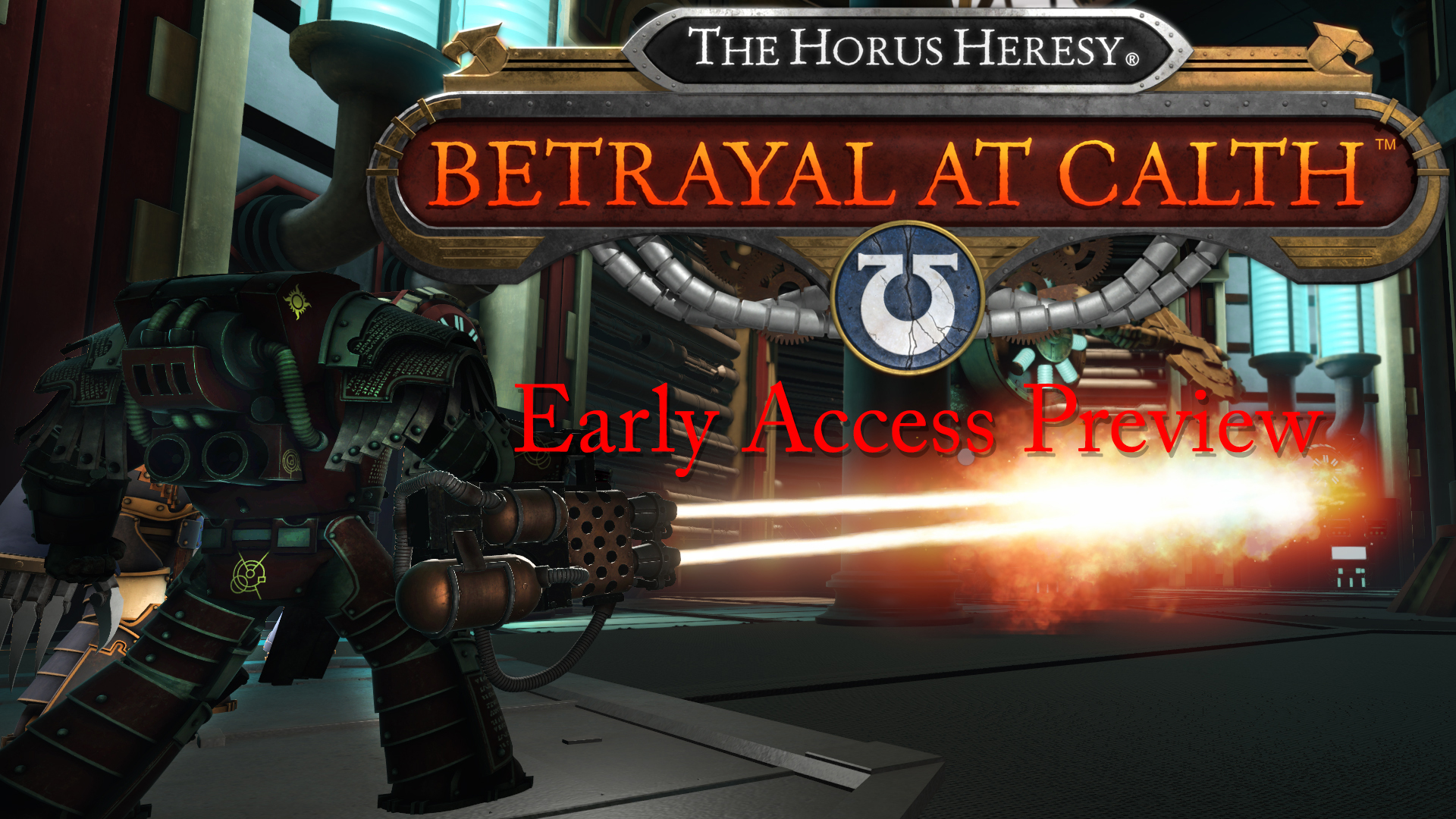 The Horus Heresy is one of the most prominent parts of the Warhammer 40,000 lore, being a point that’s defines where the two key factions, the Chaos Marines and the Loyalist Marines, are currently. With the rearrangement of the Warhammer lore over the last few years, Games Workshop has aimed to solidify parts of its historical lore. Including the Horus Heresy.

The Betrayal of Calth aims to help solidify that lore by showing an aspect of the event. But first, it would probably be best to explain what the Horus Heresy is. 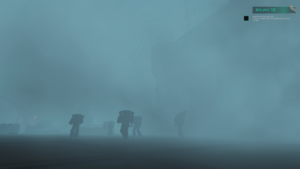 Warhammer 40,000 is set in the year 40,000 where humanity has expanded to try and take control of the universe. In trying to do so, humans have become a warlike species naming themselves The Imperium. But there are humans that have become disillusioned, those that have gained a partly nihilistic tendency against not just humanity but all life in the universe. That is the Chaos Marines. The Horus Heresy is one of the large story events within Warhammer 40,000 where many of the Loyalist Marines betrayed their brothers to join the Chaos Marines. This is why the game is called a betrayal. There is slightly more to the lore including Lovecraftian and pan-dimensional monster aspects but let’s keep it simple. Loyalist Marines are the intergalactic imperium, the Chaos Marines is a death cult.

At time of writing this preview, only the first act of the story is available. But, being someone who knows some of the lore I could make a few well estimated guesses to what the whole story campaign is going to be about. The first act opens with a Tech-Priest (a human tehno-mecanic) detecting the beginnings of an invasion. The rest of the intervening act is basically the tutorial, teaching the player how to order the units around as well as teaching them the basic mechanics. The act ends with the titular betrayal. While the final antagonist isn’t mentioned by name my guess, because of his dual claws, is that it’s Abaddon the Despoiler. It would make sense as Abaddon is one of the key characters in the development of the lore between the Loyalist and Chaos Marines.

It may seem a bit much for people who don’t know about the lore of the 40k universe but the game actually explains a lot around the lore meaning that non fans can still follow along without getting bogged down by stuff they don’t know. It could be a good entry point for those that are interested in the 40k universe and want a way in. 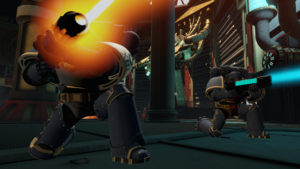 The gameplay itself runs as a simplified version of the table top game, that being a tile based, turn based RTS. Each character has ‘action points’ which it uses to move around the board and fire against the enemy. The more action points you have means the more you can move and shoot. The standard the game sets is that each unit can move and shoot twice in any combination. So you can move and then shoot or shoot and then moved and so on. What makes this game different compared to other turn based games like XCOM is that every time you move or shoot that is your turn. For example, if you move a unit it would then be the enemies turned to move or fire and then it would be your turn again and so on. The action points play a role in how often a unit can move and how many times it is your turn before the action points are refilled.

It may sound complicated but it’s actually very simple. You just keep moving your characters around until you’re out of action points, while you and your opponent take it in turns to move. The more complex part of the mechanics come in the form of line of sight accuracy percentages, that being you can fire at anything that you have line of sight with but stuff in the way like barriers will decrease your hit chance.

A big part of the games advertising is its push toward saying it’s VR compatible. The VR does work well but with it being an RTS you can play the game without it and not lose much of the experience. It does do the stereotypical VR scope well giving you the ability to get up close with the characters and the scenery, getting to see and interact with everything in high detail. It’s something that diehard fans of the franchise would look forward to.

The one area of the game that I would criticise is that the rest of the games design is designed too specifically for VR, that being a very minimalist HUD design. It would be better if some parts of the games visual design were more instantly recognisable. For example, with the line of sight mechanics the objects that decrease your hit chance show an indicator when you try to attack. But these indicators are a very middle grey with white lettering that makes them hard to instantly read, especially at distance. The same can be said for the cover mechanics, which just use the same small indicator showing the decrease of hit chance it gives.

This is where it would be good for the game to take some cues from its RTS brethren. For example, from XCOM it could take the visual shield indicators that indicates half cover and full cover. Or from the Dawn of War series, it could take some of the character animations like those that indicate being within rough cover. It would make the complex mechanics easier to recognise within the heat of battle. 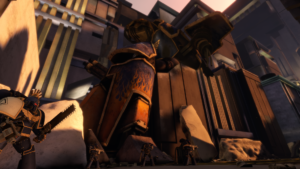 In all other regards the game is very good. The units are animated and designed very well with a high amount of detail that even diehard fans will appreciate. The sound design is an is also very good with the unit calls being recognisable and the music being to a high standard.

I would criticise the location design as it is the very stereotypical gunmetal grey and muddy brown, but it does seem like each act of the story will be in a different location meaning that the generic design for the first location is only going to be for the first act.

I’m very intrigued by this game as it is very fun to play and does expand on the 40k lore. But I wouldn’t recommend buying the game solely for its VR aspect as it’s very much an additional part to the game rather than part of its core. It’s a very good addition but you can very easily play the game without it.

For those that like Warhammer 40k, Betrayal of Calth comes recommended. Even if you’re just somewhat interested in Warhammer or even someone who was just played the table top game it still very recommended. Steel Wool Studios have done a good job in adapting Warhammers unique visual style into a tactical RTS that, while being an additional part, is well designed for VR.