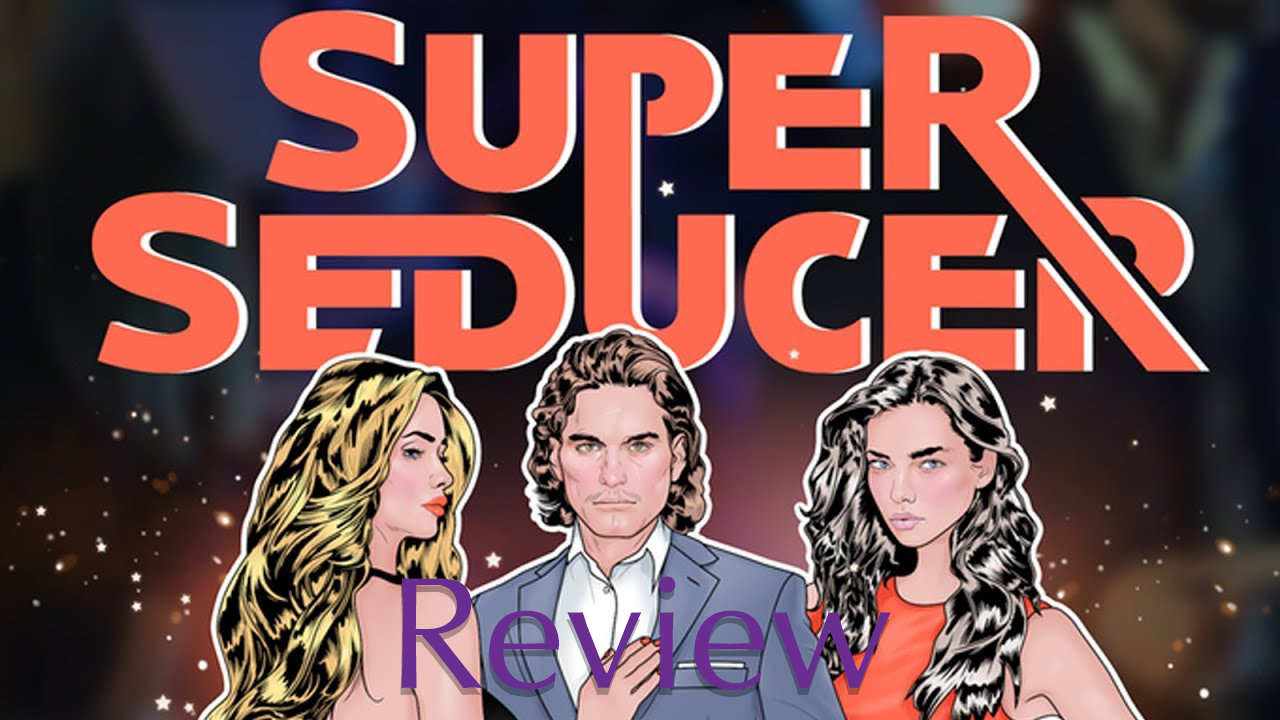 It may come as a shock but I’ve head of Richard La Ruina before coming into ‘Super Seducer’. ‘Pick-up artists’ often flare up in the news cycles here in the UK as people complain about them, as many have since the inception of ‘the pick-up’ around the 1970’s. Even I will have a good old fashioned whinge around pick-up artistry when their contradictory ideas, which can also been seen in the game, appear. But I’m getting ahead of myself. And as La Ruina seems to have gotten ahead of himself with a (particular wording to cover ass) “potential” false DMCA claim, it’s best to start from the absolute beginning, gain some context into all the goings on around the game and dive in, to use a phrase that seems somewhat appropriate, balls deep.

Richard La Ruina is a self described “pick-up artist guru”, meaning he gives advice on how to… well depending on what avenue of ‘artistry’ you go for either date woman or have sex with woman. And yes it is usually advice given to men about women. Think there’s an untapped market on the inverse but there goes me using logic again.

La Ruina’s particular brand of artistry is based around techniques that, I’m having to admit, I understand. Not because of the reason you and the game thinks, but because I one of the ones that learnt about the ideas of power and colour theory within media and art studies. A chunk of it is benign and can still be seen today, (ever wondered why President Trump always wears a bright red tie?), and some parts like ‘power dressing’ just fell out of fashion, (with the big shoulder pads).

But in areas like pick-up artistry it has persisted. Topics like showing your masculinity through dominance and vice versa are pillars to mastery as it where. Some ideas, as said before, are benign like standing up straight with your legs lightly apart and shoulders back keeping your arms low so it doesn’t seem like your cowering or hiding away. Others are more pressing and are areas of concern like the idea of engaging in small amounts of physical contact first, (touching her shoulder, arm, etc.) to get “closer” later. This is why there is the backlash against ‘pick up artistry’, it can put people into bad habits that ends with an assault if the person doing it is an idiot and he thinks ‘he’s in there’ when he’s not. Or people just end up spending the price of admission for techniques they’re not going to use as it doesn’t actually solve the core issue of their communicative anxiety, like putting a band-aid on broken leg. Or to steal an analogy; it’s not seeing the forest through an entirely different set of trees.

‘Super Seducer’ attempts to teach these techniques through what is best described as a live-action dating simulator. You are placed in different scenarios with a set final objective with La Ruina as the player insert talking to the various ladies. A live action dialogue sequence plays, then you are presented multiple choices as a response, leading to La Ruina in a bedroom either berating you, sitting with two ladies, or sitting with the same two ladies in their underwear critiquing your choice, rinse, repeat. So the gameplay is as basic as you can get aping other dating simulators. That also means there is literally nothing else to say regarding gameplay. It would take an act of total incompetence to balls up the ‘video, push button, video, repeat’ style of game and that hasn’t happened here. But that doesn’t mean it comes out clean as I do have issues.

The biggest issue is La Ruina himself as an actor as he is a terrible actor. He runs the full gambit of being stilted, hammy, and wooden in such a way that he almost reaches levels near “The Room”’s Tommy Wiseau. What also doesn’t help is that the script is also terrible. When I first started playing I thought that it was all improvised dialogue but then I noticed there was a writer and in the out-takes they talked about the script when fluffing lines. So it’s a bad script being delivered most of the time by a bad actor. Which feels a little ironic as you would think he’d be a good actor being a ‘pick-up master’ but part of his ‘teachings’ is not using scripted pick up lines which would lead to the idea that there’s not much to actually teach especially in a dialogue heavy game, (I said contradictions would be abound at some point).

The choices you get can be most of the time split into three categories; truth, half truth, and you just committed a crime. That third option is there as a selling point, an obvious bad choice that is only there to be funny. I can tell it was designed as a selling point as there’s achievements around choosing them. But La Ruina’s advisory response post-choice is still completely straight faced and the sequence is played out in full, cringe-worthy, grim detail up to just before the bouncer dives in and decks you one. The presentation makes it not funny. Seeing an idiot do obviously stupid things is funny but there is just an element of La Ruina in both his acting and delivery where he takes himself too seriously and it ruins the joke.

That can be said for the coming up of the responses as well. Sprinkled in to some of the choices are issues that you have to answer very particularly. The problem is, his desire to push his particular method of ‘pick-up artistry’ and his own ego end up getting in the way. The best example I have is in the club scenario where the lady of the moment accidentally thinks you gay because the way you look, with the long hair and all. It’s an interesting predicament as, many years ago, I faced this same problem with my hair being longer then his and my then lack of a beard. I got around it with a little self-deprecating humour and with the ability to pull faces and do voices while saying no as we come together behind the joke and laugh. Doing that option in the game has La Ruina take it personally, has him simper off like a ‘sissy-boy’ like some one said his dog died. Humour is not just lacking in the script and his acting. It seems like it’s an entirely foreign concept to him especially as his wants his ego to be as big as Mars.

When it gets to the point when playing makes me come up with advice for him (or at for least the script he’s using) you know he’s giving terrible advice. Or at least you just have to come out and say that the advice is just for getting people to want to have sex with you and leave it at that. Which only works so far as at some point they move on (wanting more then a fuck-buddy) or you just have to admit you’ve been sex-dating. So for those that want advice, and as it seems like La Ruina needs it as well, here some relationship advice to tack on;

Relationships are complicated for everyone and time itself is something that can grind them down or help it flourish. But they also don’t define you. La Ruina has pretty much said that game is for the “virgin nerd shy guys” and the obvious point to make about his advice is that it’s kinda useless for the market it thinks it’s aiming for. It’s goes; ‘here’s some advice on picking up girls at a bar, people who don’t go to bars,’ with no sense of irony or contradiction. The most succinct and simple advice to say about talking to people of the opposite sex is; talk to people, including people you don’t want to have sex with. Go to a place that you have knowledge about or can talk at length on and talk. Like rock climbing? Go rock climbing and talk to people rock climbing. Play MMOs like ‘World of Warcraft’? Talk to people in ‘World of Warcraft’ in the town squares. Nervous about talking to girls? Talking online has the advantage of being able to edit your responses so you can spend a minute or two on crafting the perfect response before meeting them in person. Online dating is a genuine way to find long lasting relationships and works often. Or you can just go wherever people go online and do whatever the hell they do there.

So with this review ending up being a lot longer then I would of thought possible, here comes the all-in-one list summery;