Bits and Bros is a new group of people who started off in trying to break into the YouTube HALO machnima scene. By their own admission, “we only managed to create 1 video and it was a complete flop”. So they moved into game design. After a few breakthrough indie games and an expansion to the team, they start on their most ambitions project. 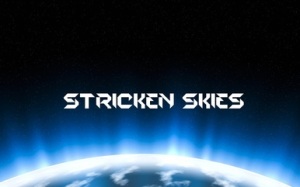 “Stricken Skies is an open world, parkour, alien survival action game created with Unreal Engine 4.” Said founder and CEO Mitchell Rogers. “It is the largest game that Bits and Bros has created and certainly the most detailed and high end.”

Set in 1988, the game has it’s protagonist fight an alien invasion to save humanity through superpowers and parkour. While it has only been in development for a small amount of time so far, they have a clear idea of what they end product will be like. On their GameJolt page they compare the game to Mirror’s Edge, Infamous and DOOM.

“We decided to compare those games to Stricken Skies because they are the best representation of what we are going for. The game brings in the same parkour style as Mirrors Edge, the powers and movements in Infamous, and DOOM… well that is a surprise.” Parkour was a big part of Infamous and in Mirror’s Edge but from different perspectives. “Deciding whether to do 1st person or 3rd person was difficult.” replied Rogers when asked about what perspective the game would have. “Parkour looks great in both perspectives, but we have decided to go with 1st person for now. Reason being is that we want players to feel immersed within the action… we want the character in game to be them. Also 1st person parkour looks great on the Oculus Rift.”

As for the core design of the game, Rogers said; “The idea for stricken skies more or less came to me, because I’m tired of zombie survivals. I love parkour action games and mixing that with Alien survival just seems really cool.”

Considering it’s 1980’s setting; “We plan on having heaps of Easter eggs and gags scattered throughout the game.”

The hardest bit so far is creating an 80’s world. It takes time to decide whether a certain object existed in the 80’s. Its pretty easy to add flat screen TV’s and smartphones, it’s leaving them out which is a challenge.”

While the game is still in early development, the games soundtrack is near release. “The music in game has a very retro feel.” They are even bring in the family. “Apart from our created soundtracks we are also bringing in tracks from outside sources. The main one is The Great Disruption, my [Rogers’] uncles band.” 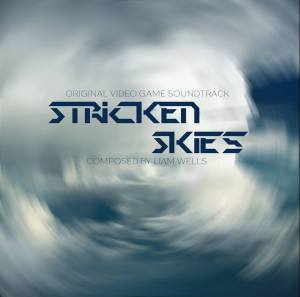 While a new[ish] group of game makers, their latest project has many prospects of being a very good game. Currently there is no set release date but is slated for PC release and a prospective console release.

One thought on ““Stricken Skies” [Bits and Bros] Interview”