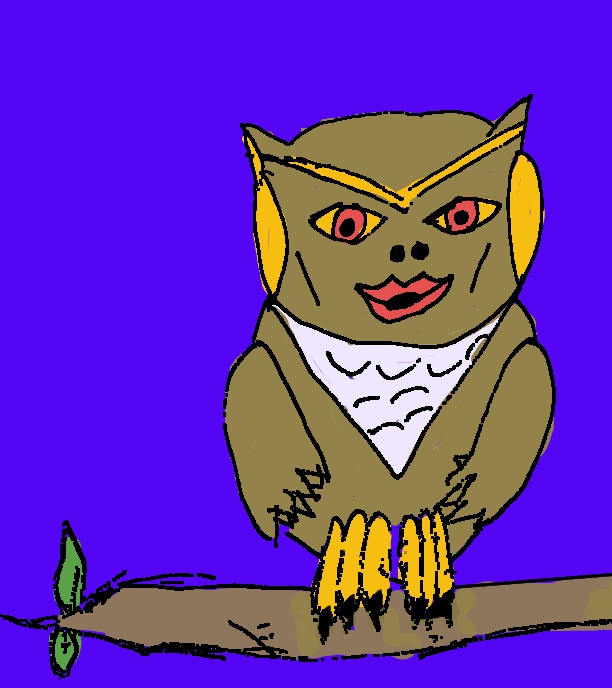 I swear my uncle was a master story teller. When I visited  his house, every night he would have a strange new tale to tell. My cousins and I would gather around him after dinner, pull the blankets around us and wait. He usually sat outside the back door, stuffing his Tobacco into his rolling paper. When it rained, he would sit inside just by the door with it opened. I still remember the sound of rain patting the pavement, the smell of tar and dust mixed together, and the familiar roar of thunder in the distance. This was laced with several ghost stories or Duppy Stories as we called them.

I remember  the story of Ol’ Hige. Ma,  my uncle really knew how to scare us. He spun us the tale of a witch with the ability to shed her skin. The story goes, young children and babies in a small town in Weatmoreland are dying, no one knows what is happening. Mothers are distraught with grief and Fathers are angry wanting to know what is causing this senseless death. Many rumours begin to circle that it is the work of the devil stealing the lives of the innocent for the towns bad deeds.

One night a young girl wakes up to find a shadow standing over her baby brother’s crib. As she screams the shadow disappears and a feather falls to the floor. Her parents burst into the room to find their youngest child dead in his crib. “Who did  this?” Ask her father   “The owl.” Replies the girl, with tears flooding her face. “Tell us who did this!” Her mother  screams insanely to her. “The owl!” The girl replies screaming through her tears, she points to the  feather by the crib. Her parents break down in a haze of tears, weeping for the lost of their child to evil.

Several  years later, one very early morning, the young girl is heading to  work in the banana field. Oh her way, she hears a scream and notices a shadow of an owl above her. Her mind flashes back to the night she lost her brother. She follows the owl deep into the woods. After a few miles she looses sight of the owl. She ventures deeper and comes across a small cottage, disappointed that she lost the creature, she turns to leave, but  the owl land and  on the roof of the cottage. The girl hides and watches closely as the owl flies to the ground and begins to transform. Its wings turn to into fingers, then into  hands and arms. Its legs and talons grow into long, thin legs and toes. Its body stretches  and its feather appear to sink into its body. There stands a fleshy horrible figure, the girl stares in horror as it moves towards the cottage and picks up a pale piece of cloth. A small inhale and the girl clap her hands over her mouth to stop herself from screaming! As the sun climbs above the trees,  Her eyes widen as she realizes that is not cloth! She watches unable to look away as the figure puts on its skin.

The girl runs to town  as soon as it was safe to do so. Once there she screams to the people of the town to listen to her, she tries her best to convince them but no one hears her pleads. “Mad girl, leave us to grief for our dead.” A man tells her, ” Do not come to us with your foolishness.” The rest of the town ignores her, all but an old woman who calls her,”Little girl, ” she calls beckoning her to come closer, “Little girl, I know who you speak of. She comes out at night and leaves her skin behind.” The old woman mumbles  “I told them too, but they are too deep in their grief to listen. ” The old woman pulls a pouch from her side and hands it to the young girl, “Listen to me, I worked on this for years. My son was taken by her, I am too old to do the whole town and they will not listen to me.” The old woman  snares at the people. “Go and spread salt and pepper on all the doors and windows of all the houses in town, then head to the monsters place. As the sun begins to rise put the salt and pepper into her skin and wait for her to come back.” The girl did not question  the old woman and set to work doing  as she was told.

She finishes her task and ventures  into the forest  the small amount of salt and pepper she has left. When she arrives at the the cottage she waits. After a few minutes the cottage door opens. A woman with pale skin and red eyes emerges from the house. In the flicker of the moon the girl watches as the creature peels its skin from its body and takes to the sky as an owl. Waiting until it is  far enough  away, she inhales deeply and sets to work. She climbs from her hiding place, walking quickly to where the  creature’s skin sat on the porch. Pulling the pouch from her waist, she opens the suit and pours the rest of the mixture in, folds it back and puts it in its place. She escapes to her hiding place in the bushes and waits.

This was the version of the story I was told as a child. How ever, like many stories there are different versions. Some versions state that the person who finds the skin of Ol’ Hige must speak the words, ‘Salt and pepper for you momma?’ while pouring the mixture into her skin. other state that laying an open bible in, or beside the crib of a young child will protect them from the witch. And finally some stories don’t have the sun kill her but simply states that with out her skin she can be harmed. Either way this story was bone chillingly scary and continues to send a shiver down my spin, every time i hear it.