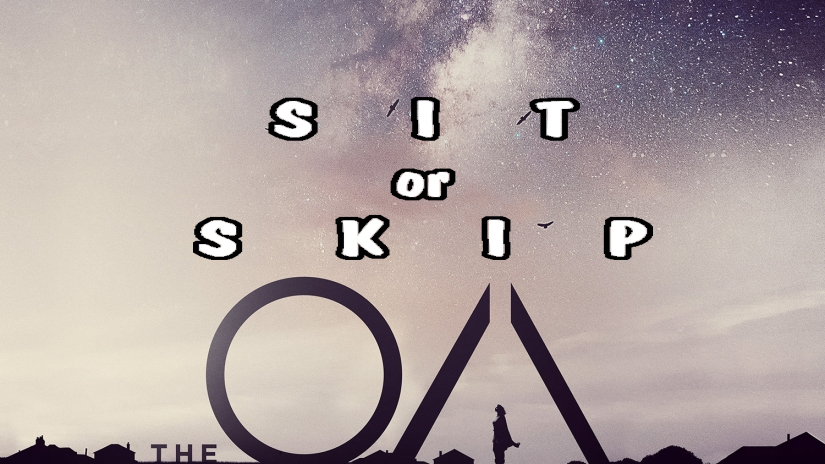 Netflix original series The OA is an odd one. It seems to be one of those shows that you either hate or love. I sat through all 8 hours of the show. I don’t usually spoil things in my reviews, but it is impossible to talk about this show’s shortcomings without also revealing major plot points and why they are there. So consider this your spoiler warning, this goes so deep that I even have to spoil the end for you.

The OA starts strong, with lead character Prairie/The OA introduced right away in a very gripping manner. Walking barefoot on a bridge, holding up traffic, she eventually jumps off. When woken up at the hospital, she asks if she flatlined, and finding out she just passed out seemed to annoy her.

This scene and the entire episode was great. It built up a mystery that will be revealed very shortly, but that reveal only builds more mysteries. It doesn’t ask a lot of the viewer other than to listen to her story and with an introduction like that, very few could deny that request.

We soon find out that Prairie had been missing for 7 years and when she went missing she was blind, but now she can see. She also refuses to be called Prairie anymore and wants everyone to call her The OA. By a sequence of events, we’re introduced to 5 other characters who seem to have very little in common, both with each other and The OA. However, they soon find themselves together to help her with her quest to save her friends, but to do that they have to listen to her story and show signs of faith.

This is by far the strongest point of the entire series.

And that is how this show tells its story, by The OA telling it to the 5 misfits. She tells of her childhood, how she became blind, how she came to be where she is and what happened in those 7 years.

Each episode is another “chapter” of her story. Though they could have structured it as one episode being one year, they did not and I applaud them for that. However, the more of the story she reveals, the weaker the show becomes. I was expecting it to be like an Agatha Christie novel or an episode of Johnathan Creek, where you get the pieces of the puzzle afterwards and think back about earlier episodes to get that “aha” feeling. There is no such thing in this show, you get the pieces told to you straight as the show goes along and many of them contradicts earlier episodes.

It is revealed through the story that The OA was a survivor of a near death experience and she was “collected” by a scientist, who held her and 3 other survivors captive to experiment on them. All 4 of them had reported experiences of consciousness in another world while they were supposedly dead.

Then we have the elephant in the room, the one thing I have to talk about to explain why this show failed in my opinion.

About halfway through the show, a near death experience takes The OA to this other world, where she meets a woman called Khatun (literally Arabic for “The Woman”). Khatun gives her a bird and tells her to learn what the bird teaches.

What the bird apparently taught The OA was interpretive dancing. She starts doing that kind of dance that many comedies make fun of, looking just like it came from one of those comedies. Complete with the sounds and grunts. At this point I thought it was a bit out of place, but maybe it’s just one of those brainfarts producers sometimes get. It was just a few moments anyway.

Nope, that dance quickly becomes the central focus of the entire show. 4 hours of an 8 hour show got dedicated to people learning a very cringey interpretive dance, hissing and grunting at each other while they do it. Turns out that The OA thinks the dance needs to be performed by 5 people to open a portal to the other world and that her friends are waiting there for her. So she teaches the moves to the 5 misfits in the present time and the entire last episode is dedicated to watching them learning to dance and trying to figure out if she’s telling the truth or not.

The climax of the last episode takes place in a school cafeteria. A school shooter comes in and the 5 looks at each other with that Hollywood look that says “I know we’re thinking the same thing”. All 5 jump in front of the shooter and starts dancing this very cringey dance, hissing at him. The shooter doesn’t even react, the dance seems to do nothing and while they’re busy embarrassing themselves in front of the entire school, the shooter is taken down partially off-screen by a teacher.

The focus is not on the action, but on the dance and ultimately, the dance did nothing at all. This is what we waited 8 hours for, a dance that had no impact whatsoever on anything, other than the viewer. Very few viewers can watch that dance with a straight face. You’ll either burst out laughing or cringe so hard you think you’re gonna break the chair you’re sitting in.

There are many other things to talk about in this show, but even with the ending spoiled those are part of the core mystery. So I have chosen not to reveal those things to you, but let you watch the show for yourself, if you’re still interested.

As for myself, if I could talk to me 2 weeks ago, I would say: If you’re very, very interested in interpretive dancing, watch from Episode 4 and forward. If you’re not, watch the first 4 episodes and skip the rest.

The show really isn’t anything groundbreaking, even if the first episode makes it seem that way. You’ll either be able to ignore the dancing and think this is a rather neat story, or you’ll get stuck on it like so many others and start seeing the plot holes.

The OA is a safe one to skip!