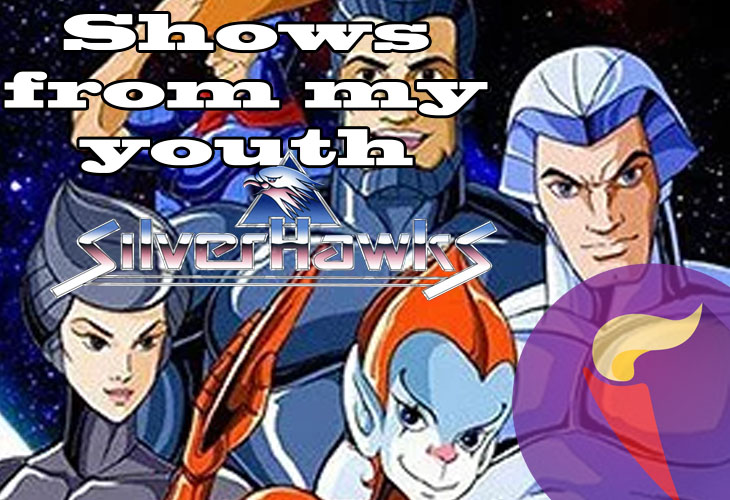 Since we are currently in isolation and boredom is slowly driving me into weird parts of YouTube. I decided to save myself by listening to the Top 25 80’s Children’s TV Intro, a compilation of cartoons and TV intros, complete with theme songs. Not surprisingly, I knew a few of these songs. Gummi Bears, He-Man, Inspector Gadget, Teenage Mutant Ninja Turtles. We’ve kept these in popular culture for a while, even the zoomer generation know these IPs.

Of course, there were cartoons that I had never heard of but were just wacky and weird, some had premises that were seriously awesome, with theme songs that rocked 🤘. And then something happened, I heard a theme song that I swear I heard before but seemed to have laid dormant in my memory for the longest time. I had forgotten about it and hearing it again seemed to open my eyes. As soon as I heard, the word ‘Tally-Hawk‘ and heard that cry, I quickly switched over with a curiosity I had never felt since I saw Power Rangers Super Mega Force and unlike that ….show. I wasn’t disappointed.

Silverhawks, originally ran from September 8 – December 5, 1986, and had 65 episodes. Yes, 65 episodes, for a show that only ran for 4 months, because who wants 20+ episodes and seasons. Ha! The animation should look very familiar to anyone who grew up watching ThunderCats, this is because the creative team behind, ThunderCats, Rankin/Bass also created Silverhawks.

After alien mob boss Mon’Star escapes from prison, bionic policeman Commander Stargazer recruits a team of heroes from earth who were given metal bodies, (there was nothing wrong with their old ones …they were just given metal bodies) in order to find, fight and capture the evil mob boss and his intergalactic lackies.

They are: former athlete Quicksilver, second in command Cowboy hat-wearing, guitar-strumming southern gent Bluegrass. Twins, Emily and Will Heart, code name Steelheart and Steelwill, and finally the youngest member and only alien of the group, The Copper Kidd. But wait, there are more, remember 65 episodes, of course, there are going to be more characters to join them. For example, an expert marksman named Moon Stryker, a time traveller called Flashback and a magician and only African American character called HotWing.😐 Yeah, we’ll talk about the naming convention of 80’s cartoon characters another day. still have a lot to get through.

Silverhawks Episode One: The Origin Story

I wanted to learn a bit more about Silverhawks, so I went looking for any of the episodes on Youtube. luckily for me, I found bits and pieces of episode one. Literally called ‘The Origin Story’ the episode starts in space, specifically in the Galaxy of Limbo, where Commander Stargazer is calling to earth through an emergency transmission. He informs them that they just had “an intergalactic” prison break on Penal planet 10. My favourite part of this whole exchange is when the person from earth clumsily says, “Penal planet 10, isn’t that where you put Mon’Star?” It’s just the way he says, like ‘Heey, isn’t that where you put that person, that we know, you know about already, but we have to let the audience know that this person exists, even though they don’t know who that person is?’ And yes, Stargazer lets him know that indeed Mon’Star has, and I quote, “vamoosed, flown the coop” you get what he’s saying? God, I love it. This leads into the most badass introduction of a villain, I have ever seen. Very few villains have had such an introduction. It is a crime that it isn’t as iconic as, Skeletor, Claw, Shredder and the other 80s villains out there.

Mon’Star escapes, has a fight with a giant space squid, as you do and returns to penal planet 10. According to Commander Stargazer, Mon’Star releases his old lackies, including Strongman Mumbo Jumbo, weapons man Hardware and shapeshifter Mo-Lec-U-Lar. Yep. Stargazer asks for help and we shift to seeing the Silverhawks, and are introduced to the main characters.

During this introduction, something happens to Emily and Will’s (Steelheart & Steelwill) hearts and they have to be replaced, fitted with mechanical hearts. Then it suddenly dawned on me. They are mutilating them, dismembering them and replacing them with metal bodies. And two of them almost died because their hearts gave out from all the trauma. Just so they can go to space and fight in a fight that isn’t really their fight, to begin with. And the general has a good old laugh about it, “Their names really fit, now.” The episode ends with a training drill, showcasing how formidable the Silverhawks will be.

There is also a segment between Bluegrass and the Copper Kidd, where the former asks the latter questions about space. It’s like a little teaching moment for the audience and was an attempt of making it seem like Silverhawks was an educational program or had educational elements.

Hmm, apart from that little end segment it didn’t.

The animation reminded me so much of Thundercats, of course, it would. There are places where there are obviously still frames, especially during combat, a lot of blurry lines and minimal movement. For such a battle heavy show, I wish they moved a little bit. It’s a show all about flight and movement, within the training scene, although they showcase some of the flying hawks, they mostly stick with Bluegrass in the plane with some exterior shots. Kind of disappointing. especially after Opening intro. Speaking of which…

I put this at the end because I love it, from the opening call of Tally-hawk, to the hawk cry, the animation for the opening sequence is pretty sweet, especially because the camera moves. It pans and sweeps across the characters and moves with them when they move. I enjoy it. Even the little spin that the Copper Kidd does in mid-air, even Bluegrass playing his guitar, seeing his fingers slide and moving across the strings. I enjoy that immensely.

The theme song is catchy and tells you everything you need to know about the show. The best theme songs always tell you what the show is about and what you are to expect. The awesome guitar riff, introducing Mon’Star and his gang. the fact that the singing only happens when the hawks are on screen. I love it.

Overall: I was a little disappointed with the animation. I also noticed that you don’t really get to know anything about the main characters outside of their exposition dumps (and I’m pretty sure most of them don’t even speak in that first episode). Nonetheless, Silverhawks is a nostalgic wave from start to finish for me. A large part of that comes down to Mon’Star. The episode is dedicated to him and showing you how badass he is. You can tell they loved the villain. The Heroes are shown to be formidable, but nothing else is really shown. I don’t know, maybe they should give ThunderCats a break, as in, stop ruining it, and give Silverhawks a try. It is crying for an update, seriously.

Oh Boy. Did I Enjoy Amazon Prime’s ‘The Boys’?