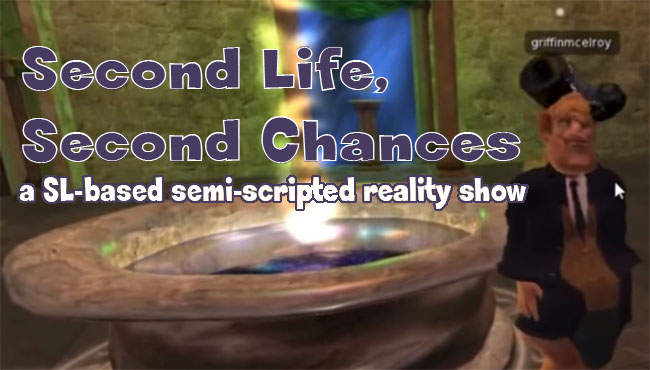 Griffin and Justin McElroy co-star in the series Monster Factory, where they look at the character customization in different games and see how they can create the most monstrous of creatures the world has ever seen. One episode they found themselves in Second Life…

That episode was titled “The Boy-Mayor of Second Life”, after the peculiar looks of the character they managed to make. This was the first of the Monster Factory episodes to get an entire spinoff series, in the form of the three-parter “Second Life, Second Chances”.

The series follow the now deposted Boy-Mayor (played by Griffin McElroy) and his campaign manager Totino (portrayed by Justin McElroy), as they try to get him re-elected as the Mayor of Second Life. Their quest brings them to many places in Second Life, including Virtual London (where The Torch’s first office was located) and the Duran Duran Universe (a sim owned and operated by the actual band).

The brother’s exploration and hijinx remind me a lot of our early days in Second Life, where me and KennieM would explore the strange and unusual parts of Second Life. It is nice to see people still find that child-like wonder when they see Second Life for the first time.

There is some minor trolling going on in the series, but its rather tame by Second Life standards. It’s made with the tongue firmly stuck in the cheek and isn’t really meant to offend anyone. They try to make people laugh, and they succeeded big time with me. Some parts had me rolling on the floor.

Some parts are made funnier if you already know the world of Second Life, but that’s not required for the brother’s style of humour. If you don’t know much about Second Life, “Second Life, Second Chances” and its predecessor is a great introduction. You get to see the fun side of Second Life, when it is at its best.

And the very best part is that it’s not a 4-5 year old series. The series concluded just a few days before this post was published.

You can check out the entire series here.