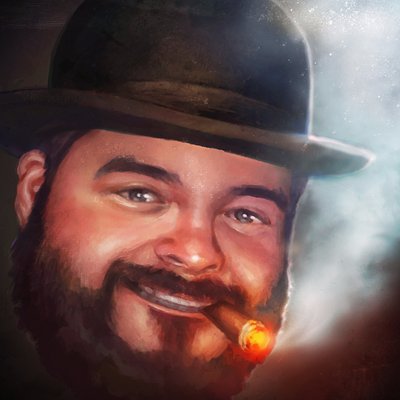 ‘Set your suspenders to maximum stun’ with Oxhorn as he brings you Fallout Lore Galore.

Who is Oxhorn?
Oxhorn is a Youtuber who specialises in Fallout games. His youtube channel specialises in Fallout 3, New Vegas and 4. Where he meticulously explores and explains the games’ lore, content, DLCs and expansion packs, giving his impression on the stories that reside in the Bethesda made Fallout games.
Through Oxhorn’s channel, you can uncover the in-depth story of the last three games of the Fallout franchise, including its characters with in-depth analysis of character backstories, a discovery of pre-war history as well as his opinion on the different fractions that reside within the Fallout universe.

What do you like about Oxhorn?
I really enjoy his walkthroughs of different fractions, background stories and character profiles. I had no idea that Fallout had so much packed into it, and without Oxhorn, I would have never learned about the lives of the pre-war citizens whose lives played out through the old computer terminals of the Mojave, Capital and Commonwealth Wasteland.
I grew up with the older Fallout Games 1 & 2 and never had any particular interest in the newer Fallout games after they were handed over to Bethesda. I knew about the Brotherhood of Steel, the Enclave, The Vaults of Fallout, of course, and I knew that in-game VaultTec was an evil company that did experiments on the vault dwellers within their vaults. Which is why when I came across the story of Vault 11, the very first video I watched of Oxhorn’s and as I watched the story unfolded I knew I was hooked.
Oxhorn structures his videos in a way that is akin to a storyteller. He also takes the role of historian, uncovering the many secrets and tales of those who died either during or before the bombs dropped. He doesn’t simply tell you the story, he walks you through the environment and uncovers the story with you, helping you to become immersed within the lore itself.

I also enjoy his style, he has this 1950s like style going on. Very vintage, very retro that fits into the style of the Fallout games which embody that era.

Anything Else?
Oxhorn also does streaming. His sessions, which I thoroughly enjoy are called ‘Scotch & Smoke’ where he drinks different brands of scotch/whiskey, smoke different types of cigars and play other games that aren’t Fallout! It is very interactive, you can ask him questions about his channel or anything you want to ask him and drink scotch with him. It’s very enjoyable.

Nothing is Perfect
While I enjoy Oxhorn’s channel immensely, I do have one single criticism. I would love to see him dig more into the lores of other games that follow the post-apocalyptic/dystopian angle. I would love for him to play BioShock and uncover the secrets of the city of Rapture and see how he would react to the philosophies of Andrew Ryan, Eliza Lamb and Zachary Comstock. I would love to see him tackle those games and give his opinion of them.

I know he has played BioShock during his live streams and I really enjoy seeing him play through the game but I just would love to see his opinion on the background of those games.

Recommend A Playlist or Series
All of his content, the whole channel. If you are interested in Fallout, if you love the lore of video games or if you just like Scotch and Cigars, check his channel out.

He publishes many videos each and every week apart from Sundays, but more than anything check out his videos enjoy them with him today.