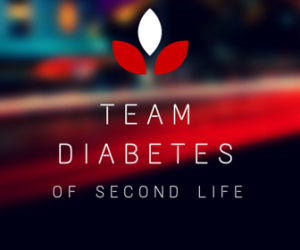 Team Diabetes of Second Life was formed by residents Jessii2008 Warrhol and Johannes1977.

The official Team Diabetes of Second Life season will take place from November 2015 to February 2016, with the following events planned:

In addition to the events mentioned above, individuals, businesses, and organizations are encouraged to hold fundraising events in support of Team Diabetes of Second Life! An official fundraising toolkit will be available to the Second Life Public on September 1, 2015 at the organization’s office in Nonprofit Commons.

To find out more information on how to join Team Diabetes of Second Life and take part in their events check out their website.

The American Diabetes Association delivers services to hundreds of communities and provides objective and credible information and resources about diabetes.