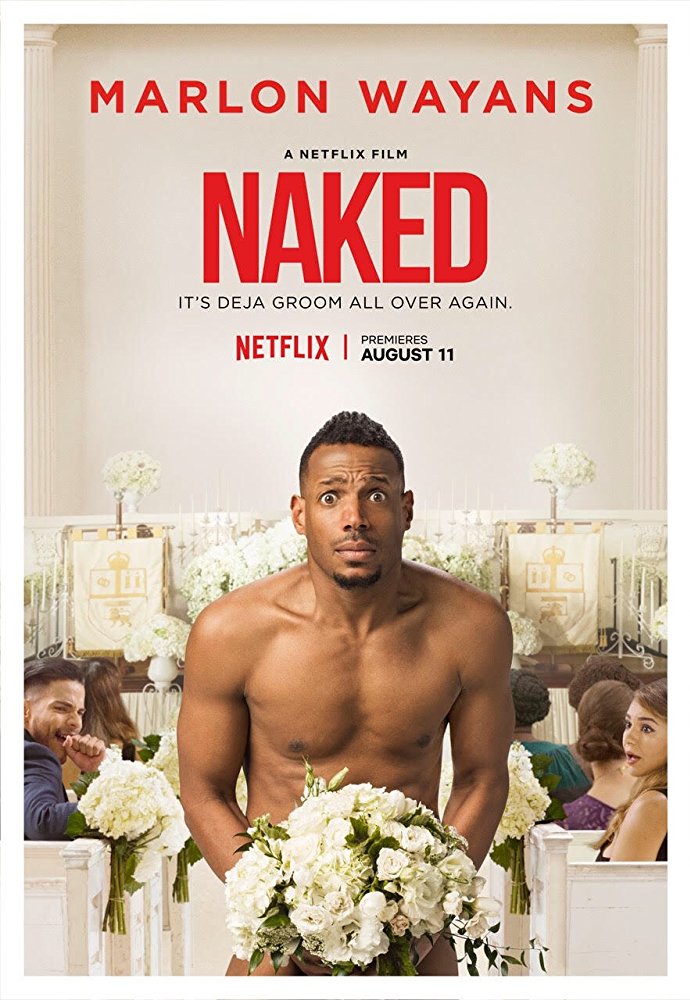 Not many know this, but the new Marlon Wayans film Naked is actually a remake. The original, like me, is from Sweden. So what’s different?

For starters, the original (titled Naken) was hailed as one of the riskiest and naughtiest comedies to come out of Sweden, while the Wayans film is… not. Sure, we get to see plenty of Wayans’ butt, but not the way we saw Henrik Norberg’s in 2000.

The films are very different, with only the basic premise being the same. Rob Andersen (Anders without a last name in the original) wakes up in an elevator on the morning of his wedding, completely naked. He has to make sure the day is perfect for his wife-to-be, which can be rather challenging when you’re far from the church, the wedding has started and you don’t even know where you are… or where your clothes have gone. Lucky for Andersen, he gets to redo the day over and over again until he can get it perfect.

Well, I say day. That’s what it was in the original. In this film they choose to make it a single hour instead. They also stripped all references to Groundhog Day, the film that Naken was parodying.

I mentioned earlier that one of the big changes was the more family friendly nature of the film. Swedish filmmakers tend to not worry about ratings too much, since the audience isn’t as massive as the US anyway. So they could afford gags like a condom hanging out Anders’ butt when he wakes up and more graphical violence. It’s obvious that Michael Tiddes wanted this to have its PG-13 rating though, so those things were cut out.

That is not to say the film was bad. I put the film on and forgot it was a film less than 5 minutes in and was enthralled for the entire duration. When given a good direction, Wayans can really pull you in emotionally and Tiddes’ direction in Naked was spot on.

Surprisingly, all actors played their part very naturally. It did not feel like acting at all. I’m especially impressed with the actors from the elevator door opening sequence, as that was shown over and over again, but always a little bit different. Yet everyone’s initial reaction is exactly the same every time (save for once, but that was intentional).

There were a few nods to the original film here and there, such as a lottery ticket that played a very central roll in both films or a scene where someone gets stuffed in the trunk of a car. Same props, just used differently, which makes this film its own. Although it is well known for us Swedes that it is a remake, the film makers seemed to forget that when credits rolled, as the original was never mentioned.

All in all, this was a very good film and it ends up high on my recommendation list.