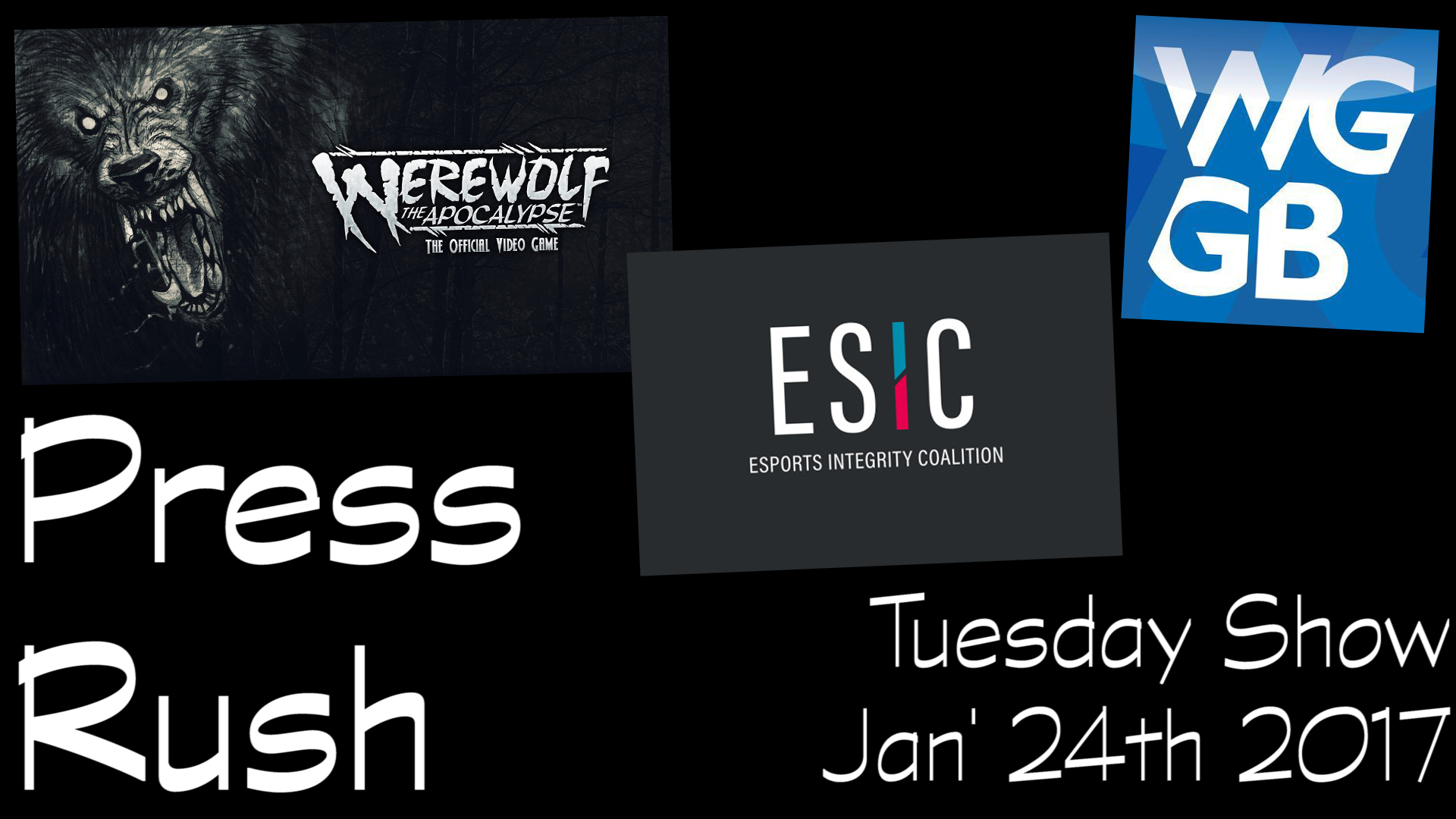 A late rush talking about esport gambaling, TIGA (again) as well as the Writers’ Guild of Great Britain Awards and the news weeks releases!

Loads of press releases to the rounds and there’s never enough time to go through them all. This show hopes to fix that.
The Tuesday show goes through some of the missed releases and gives you what games are coming out that week and the UK charts.
The Friday Show is all releases and all news!