Skip to content
Featured Games Guy Off The Internet/Wil Morris 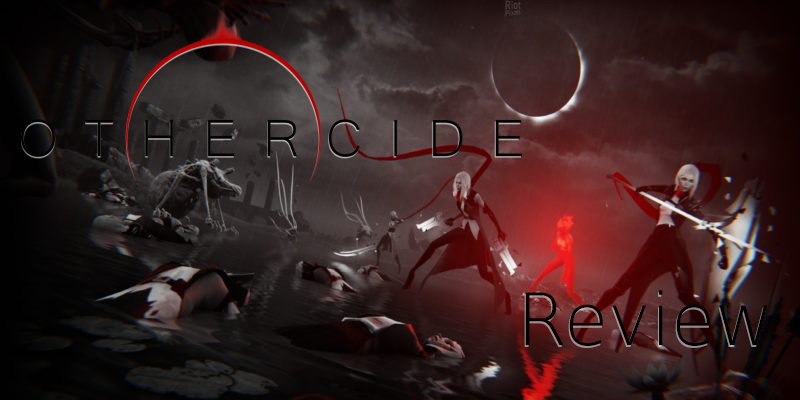 You’ll probably know if you’ll like the game just by knowing the full genre bracket it falls in; it’s a ‘rogue-lite hardcore squad based stratagy game in an industrual gothic style’. If there is any part of that you don’t like, then you’ll slowly turn against the game at some point and never really be able to get back. If there’s nothing there that you disagree with then you in the right place. This is because what ‘Othercide’ sets out to do it does exceedingly well but because it sets out so specifically it can be an acquired taste.

The setting is an Industrial Gothic setting, part turn of the 20th century and part Renaissance era, where ‘The Plague’ has forced a city into quantarane but it’s history goes deeper into the past. This is why the usual combination of Industrial Gothic works are both of the time periods are used in the story. Although one of the biggest influences regarding the visual design is horror, both gothic and cosmic.

As the story goes (without giving too much away), you are the Red Queen, the soul/spirit incarnation/mind of The Mother who dies in the tutorial fighting and failing to stop The Suffering from consuming the world. So you go back in time to stop The Boy (the centre catalist of The Suffering) from being evil. Of just killing him. Either or saves the world. There’s more story that’s not strictly explained around The Veil and dark immortality and where a lot of the monsters/madness came from but if (like me) you know cosmic horror stories like Lovecraft you can fill in the blanks yourself.

You fight The Suffering by dividing up your mind further into Daughters who are the ones who make up the squads you fight with. They can be set into three different classes, The Blademaster, The Shieldbearer, and The Soulslinger. You unlock a fourth class (The Scythedancer) but that’s around the mid-game boss so you’ll have to get by first without her. Each of the classes fills a role; The Blademaster is a shock attack (fast, heavy hitting but frail), The Sheildbearer is the shield (average attack/speed but high evasion/armor), and The Soulslinger is your range (mid-range distance attacks but no melee and frail). By the time The Scythedancer comes in as your anti-armor tank you’ll be glad you have her.

The one usual class you may have noticed is missing is any kind of support class and that’s because there isn’t any. You have individual buffs that usually come at the cost of health but there is no combat heals. Each wound, no matter how deep or shallow or if you even wounded yourself for a power, each loss stays and stacks.

So you will fail and die. Depending how you play or how you set your characters you might go the distance or walk into a battle you can’t win and no one walks away. And as the game is only ‘Hardcore’ there’s no going back. This is why the title of the game is a word play on suicide and why in some typefaces it’s written as “otHERcide”.

So yeah, the game is grim and dark and death is the centerpoint of the design and gameplay. Each decision you make from what Daughter you send to battle, to how you build them up, to what Memories (the games move buffs) you attach to them. Success and failure is in every decision with some repercussions being more instant (eg. you didn’t more a Daughter far enough so she’s decimated in battle,) with other choices being more long term effect (eg. choosing a move that doesn’t compliment an attack style of other moves).

Then there’s the touted ‘Timeline’ system. Each unit on the field has a timeline stat that places them on the timeline bar, meaning how quick they attack from phase to phase. Some of the larger monsters and bosses are slow so you can get a few movement phases in before theirs. It also makes the support moves where you move up the timeline very useful when you can apply them easily. But it also means you have to think about what you do per phase carefully.

Each of your units have 100 action points to use on moving, attacking and doing special moves. If you spend less than 50 points in your phase, you only go up half the timeline. But if you spend anything above 50, you immediately go up to the end of the timeline making you last to move again. With most attacks being anything from 25 to 40 points and moving one square being with 5 or 7 points (cardinal move for the former and diaganial for the latter), you can burn through that first 50 points quickly. It makes the combat much more considered and adds to the strict decision making and pre-planning the mechanics are built on.

You can see that every detail from precisely configured and is makes it one of the best designed hardcore stratage games there is. But, all that focus meant that some things had to be in the periphery.

The big thing that was left on the sidelines was the combat maps. The design of the stuff ‘in’ the maps is great with a big lean on the horror and cosmic aspects with voids, statues, and grotesques with added background lore objects to show and not tell the story of the world organically. But there’s only a handful of maps total. Because you will die and will repeat sections of the game you’ll find yourself playing the same maps over and over again against the same or a similar group of enemies each time. It makes the individual missions feel repetitive.

That combined with the hardcore, instant new player difficulty that this type of game has means that there’s a chance that new player will get turned off easily. You have to go into the game with a particular mindset and just push through that first barrier. If you don’t you could just burn out and not really want to go back.

So as I said at the start, you probably already know if you’ll like the game or not. What it set out to do it does not just well but fantastically well, best of the year. But it does have issues mostly centered around the non-specific details which does mean they’re ignorable to an extent. Although when you do see them they become pretty glaring. But, as they’re not part of the gears of the game it’s something that can be changed post release through map updates which I hope they do.

Once you’re in, “Othercide” will grab hold and not let you go. You just have to want it to grab you. An acquired taste, but if you have a taste for it it’s one of the best.