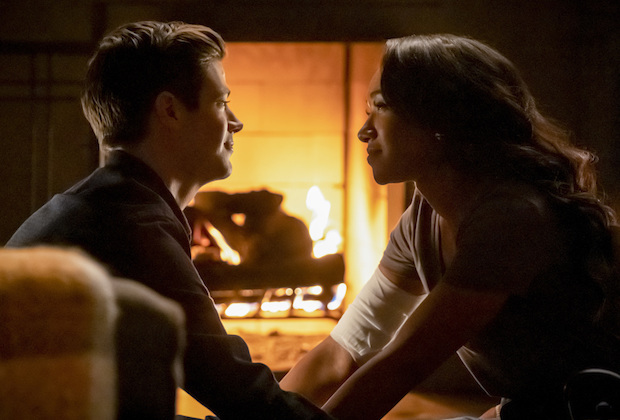 [SPOILERS AHEAD FOR CRISIS ON INFINITE EARTHS & THE FLASH SEASON FIVE]

Well, that is a title I never thought I would ever see myself writing. CW’s ‘The Flash’ is one of my favourite DC shows on TV. This despite the … many many flaws of the DC movies and shows (looking at you DC Titans). However, the DCAU and Arrowverse have been one of the few enjoyable things to come out of the back catalogue of DC in recent years.

However. There is a problem with the second half of ‘The Flash’ Season Six.

Let Us Set The Scene….

So, we spent the beginning part of The Flash season six dealing with the new villain Bloodwork, and the emotional issues that would come with the Crisis on Infinite Earth crossover.

Season Five dealt with the impact this had on Iris and Barry’s daughter, Nora, who was born after the Crisis event. The event also changed Iris as a person. Season Five ended on a down note that sent rifts through Iris, forcing her to make a few changes.

Open Season six, Crisis is looming and once again Iris needs to change to deal with what is about to happen. Plucky Iris isn’t there anymore. We saw a glimpse of this Iris during fast-forwards in the previous season. And slowly, that Iris, who just experienced one of the most traumatic experiences in her life, is taking over. Now she has to deal with the fact that Barry will disappear from her life forever.

Pre-Crisis Feelings Would Still Be There…

With what happened at the end of Season Five, and along with the feelings left over from Pre Crisis, Post Crisis, should have introduced us to the new Iris West-Allen.

They Solved This Mystery Of Mirror Iris Too Quickly…

What I stated above would have been great for reflecting Iris’s character during the latter half of season six, because it would have led us into the mystery of Mirror Iris. We knew all the resentment and impulsiveness that Iris was going through. So, when Mirror Iris came along, she would channel what the Original Iris felt.

After all, she had all of her memories, why not her feelings too?

It would have made a better story, if we had no idea that we weren’t following the real Iris. However, it wouldn’t diminish the emotional trauma that the real Iris was going through. It would be her emotions, how she was feeling, how angry and hurt she was, being channeled through the Mirror version of herself. When Mirror Iris became distant, making impulsive decisions and pushing Barry away as an audience, we wouldn’t have thought anything about that.

And the characters and audience would know that there was something wrong with Iris.

It would have made for a more interesting story, and we would learn information at the same time Barry and the others did.

But this too creates a problem.

Barry Had No Idea That Wasn’t The Real Iris?!

One thing that has been constant with Iris and Barry’s relationship is that Iris completely knows Barry.

They grew up together. She knows Barry Allen inside and out. Something changes with him; she is one of the first persons to know that something’s wrong with him.

So, the fact that this doesn’t seem to be the same on Barry’s side is pretty irritating. Iris is meant to be Barry’s lightning rod, who brings him back when he’s gone too far. They literally wrote a song about it.

And you’re telling me that Barry had no idea that wasn’t his wife?

Then something like kicking him out of the house would happen, and he would definitely know that she really wasn’t his wife.

Other wise, he should have really figured out that she wasn’t the real Iris as soon as he saw that she made good pancakes and could cook.

The character development of Mirror Iris could have been just as interesting as any other part of the Mirror Iris Saga.

Because she would feel everything that Iris felt towards Barry. That bond between them would give her an incentive to want to live. She could feel how much Iris cared, and loved Barry whenever the real Iris saw him, as she was working through the anger and resentment.

This would allow Mirror Iris to feel what they had and try to be better. The audience and Mirror Iris herself wouldn’t know if this was because she was developing her own feelings and consciousness, or if it was just Iris’s feelings. We could have explored it in more detail. Of course, this causes conflict with the character because of her true mission, but it would have helped to develop Mirror Iris as a character.

This could have worked so much better. It seems as if the writers were trying to make the latter part of Season Six more focused on Iris. I can’t blame them for that. Iris in the comic books is already a strong character, and Candice Patton’s portrayal of her is just as strong and interesting to follow. However, they seem to miss the mark, and they did this by neutering what they built up about Barry and Iris’s relationship. We understand that not all couples are perfect, and while Iris and Barry seem to have the perfect relationship, we do understand that they probably won’t be that way indefinitely. Particularly after what happened with their daughter. This should have been Iris dealing with that and losing her husband. She should mourn Nora, but realise that she didn’t have to do that and everything else on her own anymore. Barry survived, and Nora is still to come.

But the primary reason is that it irks me that Barry didn’t know that wasn’t Iris. THAT’S the problem with ‘The Flash’ Season 6.