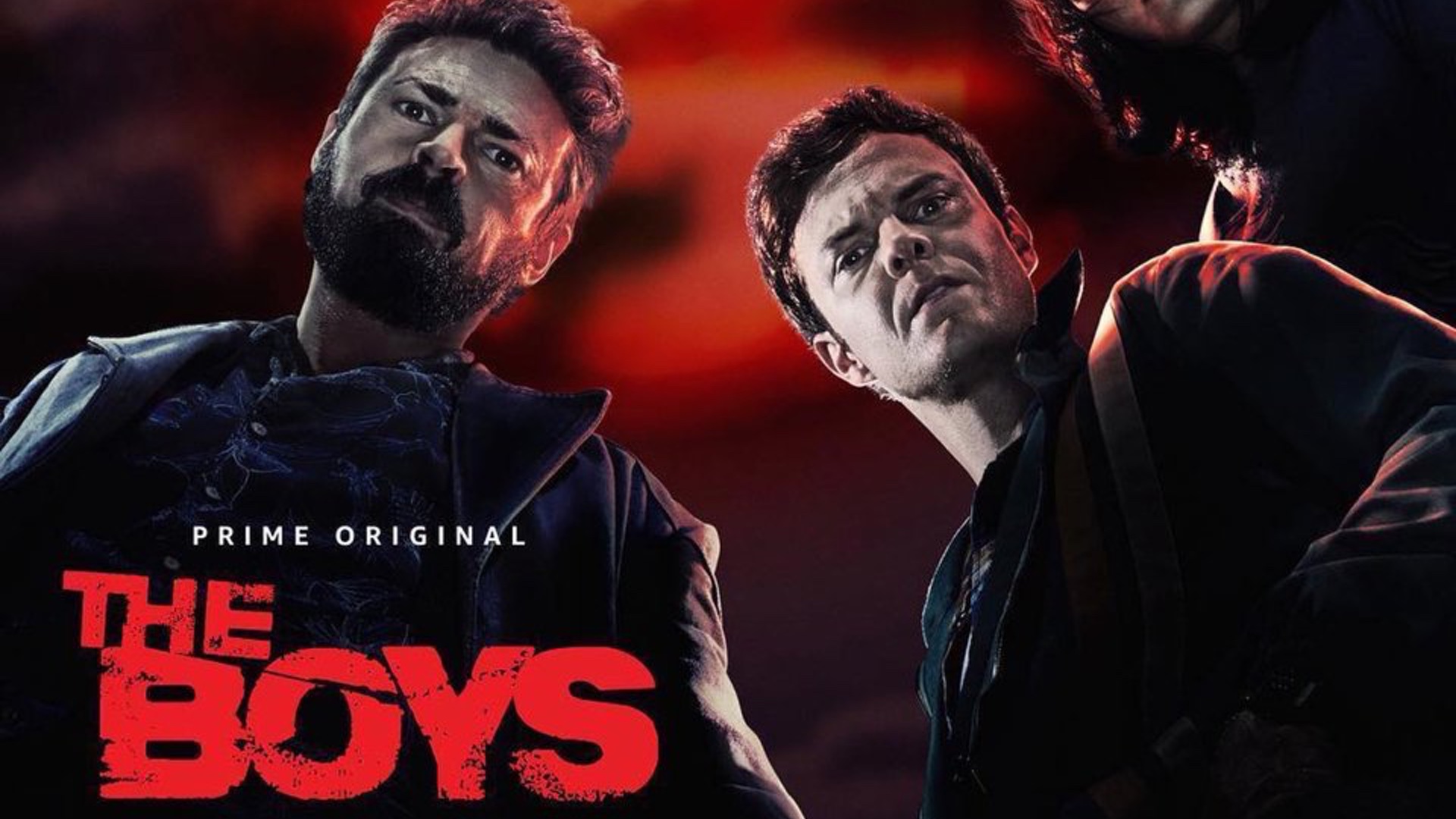 The answer is yes, yeah, I did.

‘The Boys’ is a 2019 superhero web series based on the graphic novels by Garth Ennis and Darick Robertson. It stars Karl Urban, Jack Quid, Antony Starr and Erin Moriarty. It shows a world in which Superheroes are not only real but are self-centred pricks.  They are actually very corrupt and are the puppets of a corporation called Vought International. Basically, if the MCU’s heroes were real, had powers and had no interest in human life so whatever.

I finished the 8 episode series in a day. I went to work that day and still found time to finish it. We follow Hughie Campbell  (played by Jack Quaid) who, after his girlfriend is killed by superhero A-Train ( played by Jessie T Usher), has his eyes opened to the fact that the heroes the world looks up to are no more than arrogant, self-absorbed, hedonistic lunatics who only save people because it makes money. He finds himself pulled into the rather nasty and bloody world of ‘The Boys,’ an ex CIA team headed my favourite Judge Dredd Karl Urban, who hates ‘supes’ and wants everyone to know what they’re really like.

Pause a moment, did anyone else hear Karl’s normal (New Zealand) accent slip in and out from time to time during the season? I’m not complaining, I think it’s sexy, and I think he should have kept it, instead of the London East End Cockney accent he’s meant to be doing.

Resume – this is my introduction to Ennis’ ‘The Boys’ and boy did I enjoy every moment of it. On the non-existent line of fandom, I am more of DC fangirl and a twisted one at that, so any form of media that completely retools the characters into something familiar but new and deranged is fine by me.

I don’t want to spoil too much of the series, it is worth a watch, and I won’t bother going into how the series and the novels are deconstructions of the superhero tropes we’ve come to know and love. Everyone and their mother has gone into how ‘Homelander reflects America Now.’ Or ‘How the Seven are a deconstructing of DC’s Justice League.’

I’m just going to talk about my thoughts on the show, the characters, my favourite part and so on – so basically a review.

Let’s begin:  So, Hughie Campbell is speaking with his girlfriend, Robin, one minute and the next, she is a splattered mess of blood and guts on the street. The superhero A-train seems to be in too much of a hurry to stop and attend to young Hughie or the remains of his girlfriend. Speeding off he leaves the shell shocked Hughie holding the dismembered arms of his beloved and Robin is a stain on the street.  I have to admit, this caught me off guard, I had no idea this was going to happen since I’m not familiar with the graphic novels, so seeing the slow-motion death of Robin really caught me.

After this, we are introduced to Vought International, the company that owns the superheroes of this world. I found it hilarious that they nonchalantly tried to pay Hughie off with $10,000 as if that was going to deal with his grief. ‘Hey kid, you watched your girlfriend die horribly, well…here you go.’

Weirdly, I accepted the opening scenes between Queen Maeve (played by Dominique McElligott) and Homelander (played by Antony Starr). They stopped a robbery and decided to snap the neck of one thief and threw the other into the air. He landed on a car seconds later. Yeah, he’s dead. All of this was done without a care in the world. Homelander even took pictures with the two kids that the stolen armoured truck almost hit before Queen Maeve showed up to stop it. Looking back on that scene and what I know about the heroes in this series, it’s completely changed the way I look at this happening in superhero movies, cartoons, and comics.

I have to admit that I enjoyed the scenes with the superheroes, just seeing how badly they can mess up was enjoyable to me. Seeing how A-Train’s addiction takes him over? Yep, awesome. Seeing The Deep try to save sea life such as Dolphins and Lobsters and basically failing at the one thing he is meant to be good at?  Mhm, delicious! It all smacks of the supes getting their comeuppance right away.

All except one scene, which was utterly heartbreaking. It indeed showed how horrible the heroes can be in this series.

The scene is in episode 4, a little background first though. When we meet Vought, they are trying to push the agenda of having their superheroes in the military. They want a substantial military contract which would allow their heroes to work beyond US borders. To show America the might of their heroes, why they should enable Supes to work as part of the US military, they intercept a distress call about a hijacked commercial plane. The plan is simple, take care of the hijackers, and save the aircraft. Of course the heroes, specifically Homelander messes things up, using his heat vision to defeat the hijackers because god forbid he does physical work right? This results in the plane’s controls being destroyed, dooming it and its passengers.  Queen Maeve pitches ideas to Homelander that could save the passengers, but Homelander shoots them down. Eventually, they leave them to their doom. The most heartbreaking part of the episode is Maeve trying to save two little girls and Homelander telling her to let them go because he didn’t want any witnesses. They leave with one of the girls’ mothers screaming for them to take her daughter.

It was heartwrenching, but it showed three things about the “heroes” in this series. It showed that Homelander doesn’t care about human life. He only cares about his image. He has no interest in being a hero. It showed that despite all the crap Queen Maeve is doing now, she cared about human life, she cared about being a hero once upon a time, and something happened to turn her into the jaded person she is now. Finally, for all their boasting about how great supes would be in the military, they have no training. This scene even takes shots at Superman’s (& Supergirl’s) ability to catch planes in midair.

Wait for a second, was that opening scene in the first episode foreshadowing? The one I described earlier? The bank robbers. Queen Maeve was the one who saved the two boys, that Homelander was taking pictures with. Oh, I see what you did there show! Clever.

On the opposite side of the spectrum is the Seven’s new recruit, Anne January aka Starlight (played by Erin Moriarty). She’s a country girl who believes she was given a chance to save people by joining the super team. However, she quickly realizes how awful the Seven really are. I have to admit, I like Anne and her strength, it is something she finds very quickly becoming cold to the rest of the team not being a victim to them. Granted, it didn’t start out that way, but eventually, she stands up to them after being somewhat submissive previously. She even strikes out on her own a lot during the series, and her relationship with Hughie is endearing and cute, and I love it.

Overall, I really enjoyed The Boys. In fact, after I was finished with that series, I binge-watched all 3 seasons (that were available on Amazon Prime) of Ennis’ other show Preacher and Oh boy…there is a lot that could be said about Preacher, but not here.

A nice little honourable mention, I found him while looking up information on ‘The Boys’ on Youtube. He has 12K subscribers right now. If I’ve piqued your interest in ‘The Boys’ graphic novel, Danny Malt is currently doing a read-through of all 12 volumes. He’s great. I love watching him. Go watch him. He’s awesome.