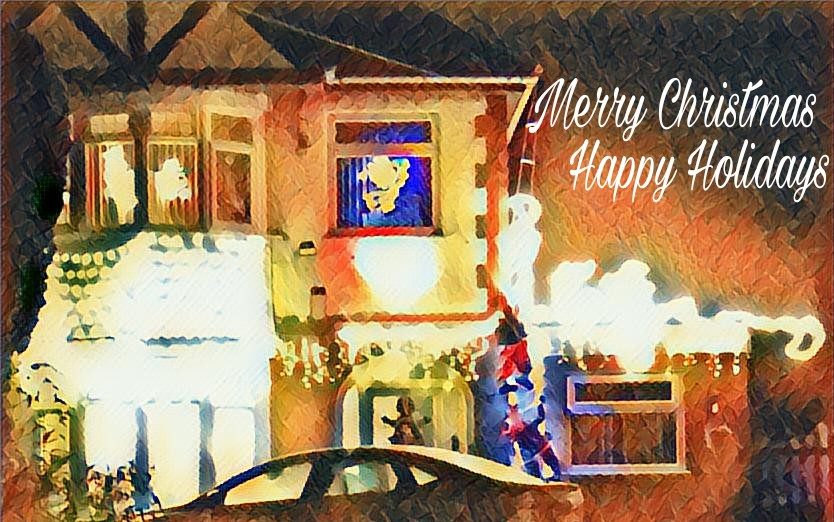 If you want to see number 10 to 8 of the count down you’re in starting in the wrong place buddy. You start here.

I never really got the taste for Fruity or Cocoa Pebbles cereal. It always the cereal my dad bought when ever he went grocery shopping without me. I would always pick Fruit Loops, Lucky Charms or even Captain Crunch but he never failed to bring back Fruity Pebbles. Maybe it had to do with the commercials that featured the Flintstones? Either way the Christmas commercial played out as Fred greeting Santa Claus with a bowl of Fruity Pebbles. It then cuts away to see Barney, who is dressed as Santa, coming down the chimney to witness the exchange between Santa and Fred. After Barney screams in dismay at the cereal being given away, Fred steps in to confront his friend but Santa Claus reminds him that it’s a time for sharing. Every advert had the same formula, Fred has a new box of Fruity or Cocoa Pebbles and Barney tries to steal it. I never understood why Barney didn’t just ask Fred for a bowl instead of just trying to steal it. Fred wasn’t holding the cereal. On several occasions Fred is shown willingly sharing his cereal with anyone. It just make Barney look like a bit of a douche, especially in this commercial where he screams, ‘My Cereal!” and Fred rightly retorts, ‘YOUR Cereal?’ When I was younger, I remember thinking Fred brought it on himself, like my mind filled in a missing screen where Fred was being villainous about the whole thing, but going back now and watching all the commercials I could find, Fred never once said ‘No Barney, It’s mine, you can’t have it.’ There was even a commercial where Barney tries to get Fred to commit adultery and Fred just says, ‘ I’m married, just have the cereal.’ Like what the hell? Who does that, for a bowl of cereal? To someone that is meant to be their friend? Thank goodness the advertisers began to notice how stupid those ads were and changed them.

A few Christmases ago I wrote about one of my favourite holiday ghost stories, Charles Dickens’ A Christmas Carol, I loved the character of Ebenezer Scrooge and what he goes through to become a better person. I loved the character of the ghost of Christmas Present and his horrific children, Want and Need (Or Ignorance and Want in some versions). Of course they made a commercial based on ‘A Christmas Carol’. Grumpy old Scrooge is sitting in his office on Christmas Eve when Buzz (the mascot for Honey Nut Cheerios – and yes I can see what they did there!) Comes in with a breakfast tray complete with Orange juice, toast (because every breakfast commercial had to have toast) And a box and bowl of Honey Nut Cheerios as well as a jug of honey. Buzz tries to convince Scrooge to enjoy a nice breakfast of Cheerios and at first Scrooge is not having any of it until Buzz mentions that it has honey and nuts, which Scrooge apparently loves. I always loved this advert, because the actor who plays Scrooge just gives it his all, he just plays the character of Scrooge perfectly, you’d think for a breakfast commercial that he would just half ass it but no, he played it straight. I always enjoyed the part where he tries to bat Buzz away and says ‘ My customary Gruel will be fine, thank you.’ I just feel like that would be something that Scrooge would say, politely saying ‘I don’t want your food now get the hell outta my office’. It’s very weird to say, but it kind of captured what a Christmas Carol was about, showing kindness to this man who is just down right horrible and having him change during the holidays. . It really made you believe that nobody can’t say no to a bowl of Honey nut cheerios.

Sometimes you don’t need to utter a word to get your point across. So I’m just going to let this commercial play because nothing I can say can explain what’s happening, it explains why itself. Just know that watching this made me miss Kisses commercials so much.

Well, someone had to know that this would be on the list, it is one of the most memorable commercials and when I think of Christmas and M&Ms, I think of this. Red and Yellow M&M are putting out their treats for Santa Claus when they run into jolly old Saint Nick himself. What’s hilarious is that Santa is surprised to find out that Red and Yellow M&Ms do exist and then he and Red faint.What?  Is there some kind of legend going around of Red and Yellow or just talking M&Ms in general? This just opens up so many questions. What is the legend of these M&Ms, is it something bad? I honestly want to know. I even looked this up and all I found was a mention on TV Tropes for a trope called Faeries Don’t Believe in Humans Either. It’s a trope that means when two legends are familiar with each other’s existence, but go without meeting each other so long that they believe the other doesn’t exist. Okay, that makes so much more sense.. till, its an awesome commercial that still makes me smile every time I see it.

Come back next week where I reveal my top three Nostalgic Christmas Commercials, I bet you can’t guess what number one is!