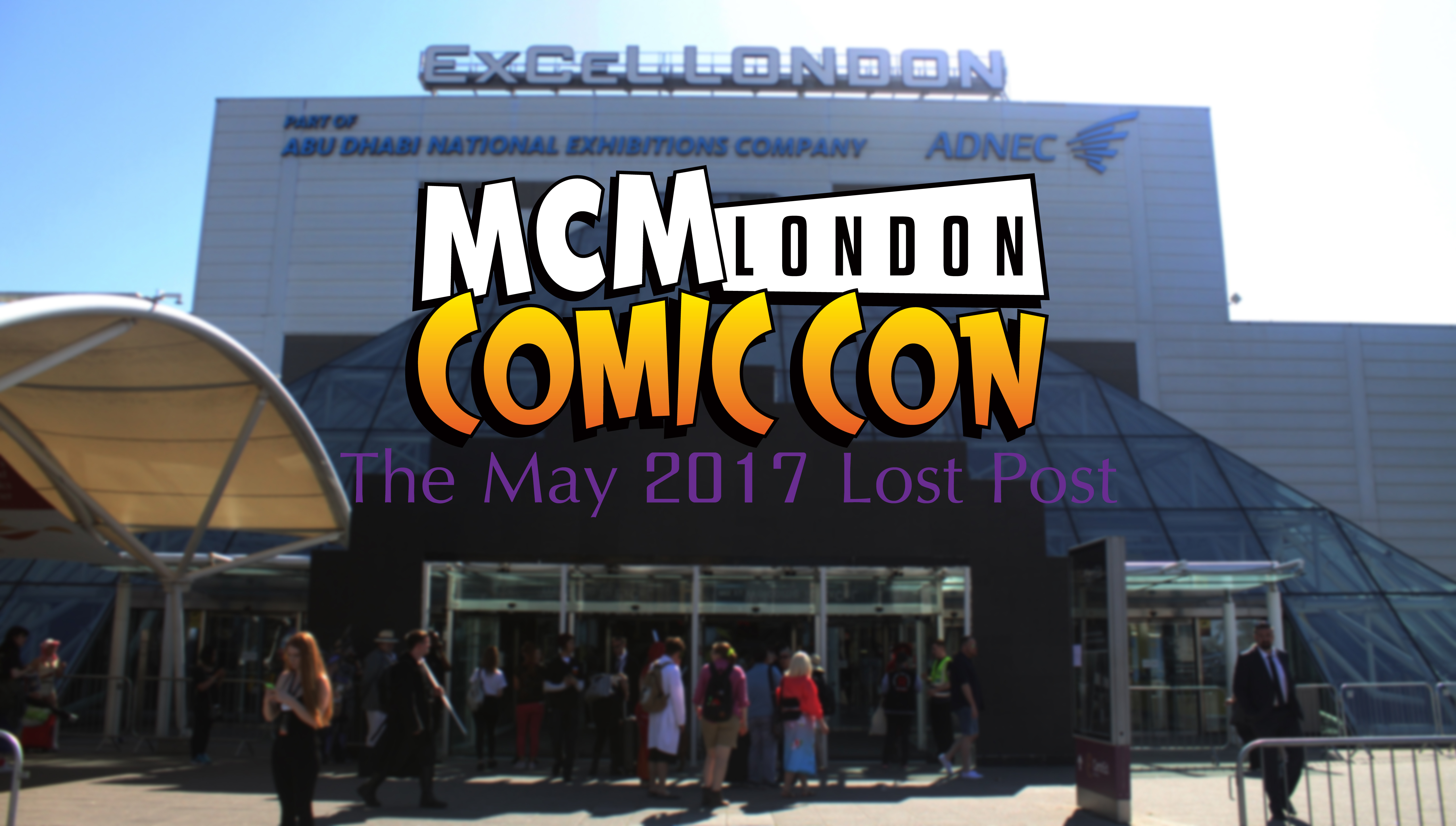 Another MCM went buy a long while ago and yet the overview was missing (again). It’s almost a tradition for me. So to start, here is the list of the articles and additional videos from the event that was already up:

From there, it’s time to talk about the event in general.

It felt smaller and more open plan this year. But I think that comes down to a few issues. First comes the late drop out of attendance because of the Manchester attack. There where quite a few stories that ended up circulating at the event and online saying that many people dropped out or decided not to attend because of the perceived elevated risk or that they didn’t feel comfortable coming to an event with so many people so soon after the event. And I can see why. Although the crowd sizes still came close to previous events so dip must of been minimal.

But there comes the fact that there was just less there, but over the same area. For example, CEX (a MCM staple with their giant red inflatable sign) seemed to be missing this year. But GAME had an area that was near twice the size of their usual plot mostly for selling figurine goodie boxes. The same can be said for DC who had a usual box plot, this time for “Injustice 2”. But they also had a 1-2 size plot for a “Wonder Woman” prop/model exbibit to advertise the film. There where less companies there overall but the other companies that where there took up more space to compensate. It did lead to having larger walkways on the show floor itself which was when I first noticed the difference.

With all the larger things from the event having their own articles, here are some of the smaller stories that happened at the event. 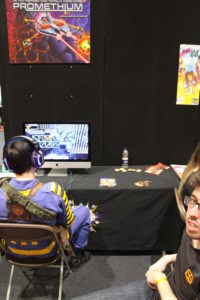 The Rivalry of Promethium:

Friend of the site Xiotex Studios (AKA Byron Atkinson-Jones, the developer of “Caretaker” which we’ve talked about before,) was showing off one of his latest games at the event called “Promethium”. I’ll save my thoughts on it for the ‘go indie games’ overview but there was something else. You see, the game is a retro-styled arena shoot-em-up where points are the competitive element. To highlight this fact, he had a competition going on all weekend where the person who racks up the highest score gets a Nintendo Switch. What then followed was a rivalry for the ages where two guys got into to a back and forth blowing all other peoples scores out of the water. While most people where getting scores or 10,000 or 100,000, they breezed to 400,000 in a day. Around 6-700,000 by the second. By the time I left for the Wargaming event on the last day one seemed to have put in the final nail and hit just over 1.4 million.

Talking to Byron on that last day he said he was considering getting a second-prize prize because he ‘felt bad’ that they had this back and forth which ended up blowing away all exceptions he had for the high scores or how the game was played. They even managed to find bugs and glitches no one else noticed. Turns out Byron ended up making a esport game.

The guy (I didn’t get his name unfortunately) who got that 1.4 million said that his run was ‘a perfect run’ so his rival had an up-hill battle, although that was the time I had to leave for that Wargaming event I didn’t see if he managed to pull off an upset of not. What ended up being one of the interesting points was the one that had the up-hill battle was a cosplayer I had taken a picture of before the year before. Everything ended up being connected.

“Despicable Me 3” had a big presence there with a minion temp-tatto place (I guess that has something to do with the movie), normal cardboard adverts and inflatables, as well as giant model of Gru’s rocket car. Doing the rounds on the Friday I meet a rep/watcher of the truck who kindly got a picture of me by the car. Asking about it I was surprised to find out that it actually drives. When I say drives I mean, in her words, “it more crawls”. That was followed up by the fact that some people crunched the numbers and said that it wouldn’t be able to move anyway so a crawl was good. I’m guessing someone like the Game Theorists crunched the numbers as I can’t see who else would of. Either way, it was interesting finding out that the truck actually moves, even though it was still probably towed in anyway. 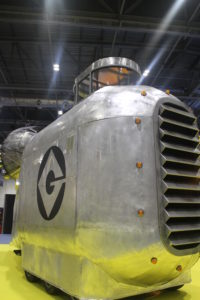 I’ll leave that for now. Now go on and have a look at the other articles.