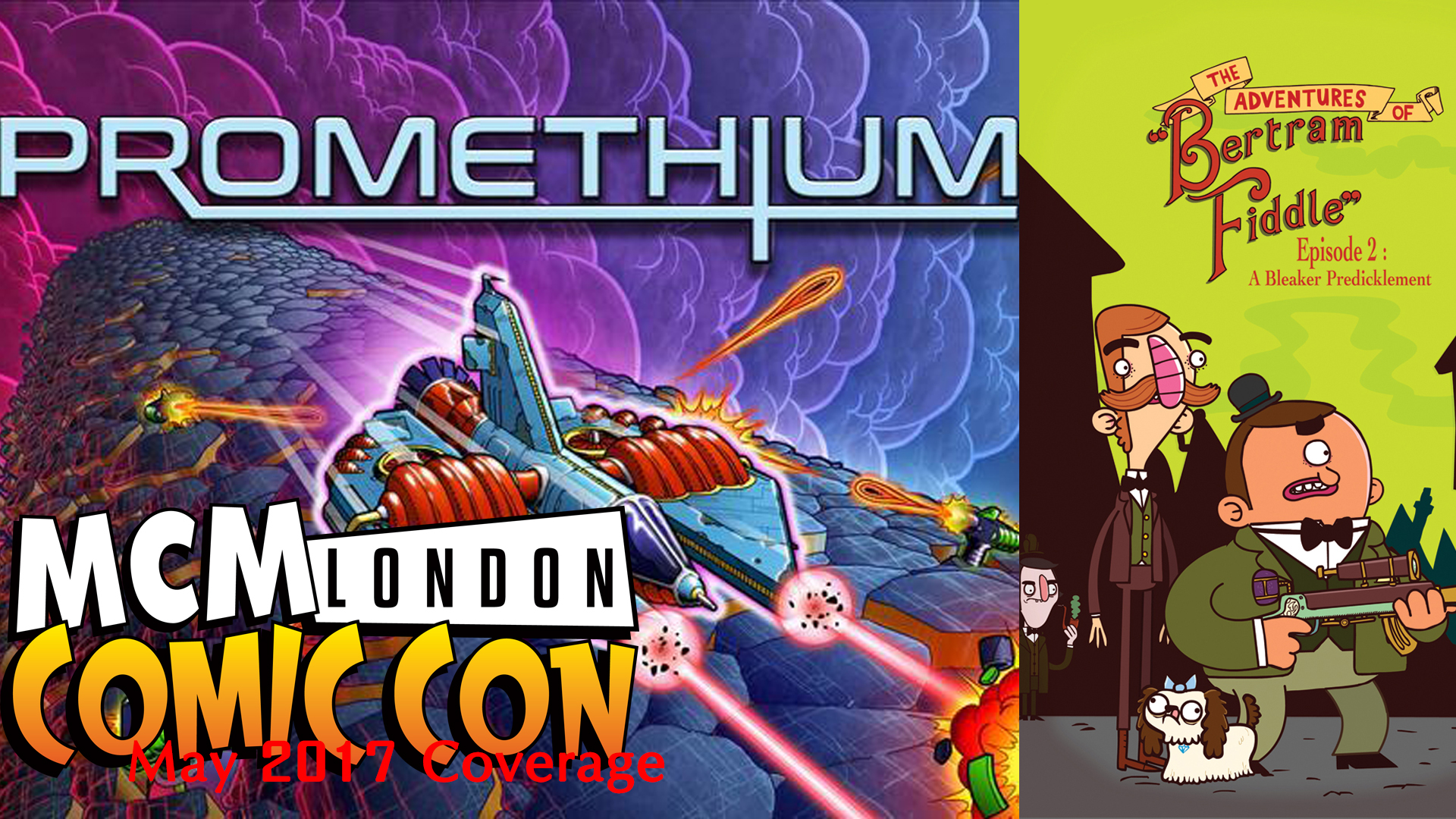 The ‘go indie games’ section is always an interesting place for games at MCM. From there we’ve interviewed the “TerraTech” and “Fallen London”/Sunless Sea” developers as well as many others. This year was like a reunion of sorts as there where two people who’ve we’ve talked to and written about before. But it was also a much more low key affair.

The section itself only had three developers this year, two I’ll be talking about below and the third I’ve tried finding the details off and I didn’t get any picture of them. With it being smaller the section was mostly unmentioned in the booklet/materials so it was fortunate that 2/3 I’ve meet before. (If the third is you, feel free to drop us a line.) 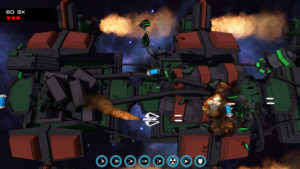 Xiotex Studios (AKA Byron Atkinson-Jones) made a return appearance this time to show his new game “Promethium”. It’s a side-on/top-down bullet hell shooter where points are the core of the game. It’s one of those games that is easy to play but had to master. But if you read our overview article, you’ll see that that didn’t stop there being competition between players.

The game itself is a pretty standard affair as bullet hell shooters go. It aligns itself more with the retro-hardcore style of game. That being you die in one hit of any enemy object but there’s a lives system to checkpoint you. It controls well with responsive controls and it’s simple cell-shaded style of graphics works well.

What was most interesting was talking to Byron about his intentions for the game as it comes out later in the year with a planned date of August. The game was made as a way to keep himself busy after the release of the popular VR game “Caretaker”. So the base code of the game was made in a few days. Going from a time intensive VR game to a game who’s base was made in a few days has led itself to some interesting differences as well as similarities. The differences are pretty clear, like the quicker turn over time and so quicker responses from the public and from testing. But the similarities are the interesting ones.

For example, one thing he said that he had noticed from players of “Caretaker” was that they spent more time looking around the space set worlds rather then going from puzzle to puzzle, including those that played outside of VR. This difference in the play-styles he expected led him to add more openness to the game. Something similar happened with players of “Promethium” with some players playing it more rapidly then expected, switching directions quickly making them fire in opposing directions. This led the high scores for his competition to sky rocket and made him reconsider some of the planned mechanics. For example, there was going to be a planned mechanic where the player would get extra lives at score-checkpoints. But the high scorers worked out that if you go to a level with one enemy (like level two) you can increase the score multiplier which you keep after death. So if you kill all the enemies, get the highest multiplier, die and repeat you can get a multiplier in the hundreds. This is how that highest score of the weekend ended up in the millions and how a lives at score-checkpoint mechanic would break the game into infinity.

Byron is someone who’s had a lot of experiences in the game industry as a developer, having a career that spans decades. But even now he still gets surprised by players and how they play, which leads him to learn and do new things. It shows that no matter how experienced you are, players can always surprise you.

The other friend of the site at the indie-section was Seb Burnett, writer and designer at Rumpus Animation who’s developing the ‘Bertram Fiddle’ point-and-click series.

The next game in the Bertram Fiddle series “A Bleaker Predicklement” has had a tumultuous development. Originally slated for release late last year led to a delay to May. From what Seb said to me, MCM was meant to be the big reveal of the games full release but it’s been delayed again but only around a month or so into June/July. Having the big release schedule of spring and the convention season of E3 this week, I don’t necessarily blame him. Even as he put it, small games in the big spring schedule can get lost in the pile.

But they did have a demo of the testing build at the event and it was good. It was untested so it was a buggy with missing lines and animations but it gave a very good indication of where the final game will lie.

The humour of the series remains but with a combination of it’s trademark puns and character humour. With returning characters and a much bugger scope it’s a welcome addition. The visual style also remained with it’s Cartoon Network styled visuals.

What was interesting to hear that the game has partly moved from being an ‘episode 2’ to more of a clear sequel. That being, you don’t have to have or need to have played the first game to get into ‘Bleaker Predicklement’. It’s works well as the only core carry over is the mystery of ‘Geoff the Killer’ which is something that can be easily re-introduced. With there being more character humour it would help playing the first but it’s not mandatory. It really opens it up to new players with the recent re-popularity of point-and-click games that the first game was released into.

The delays to the game have caused some concern but every time I’ve tried talking to Rumpus, including Seb at MCM, they’ve been very open and clear about the delays. It’s still left me very interested in ‘Episode 2’ and seeing the next Bertram Fiddle adventure.