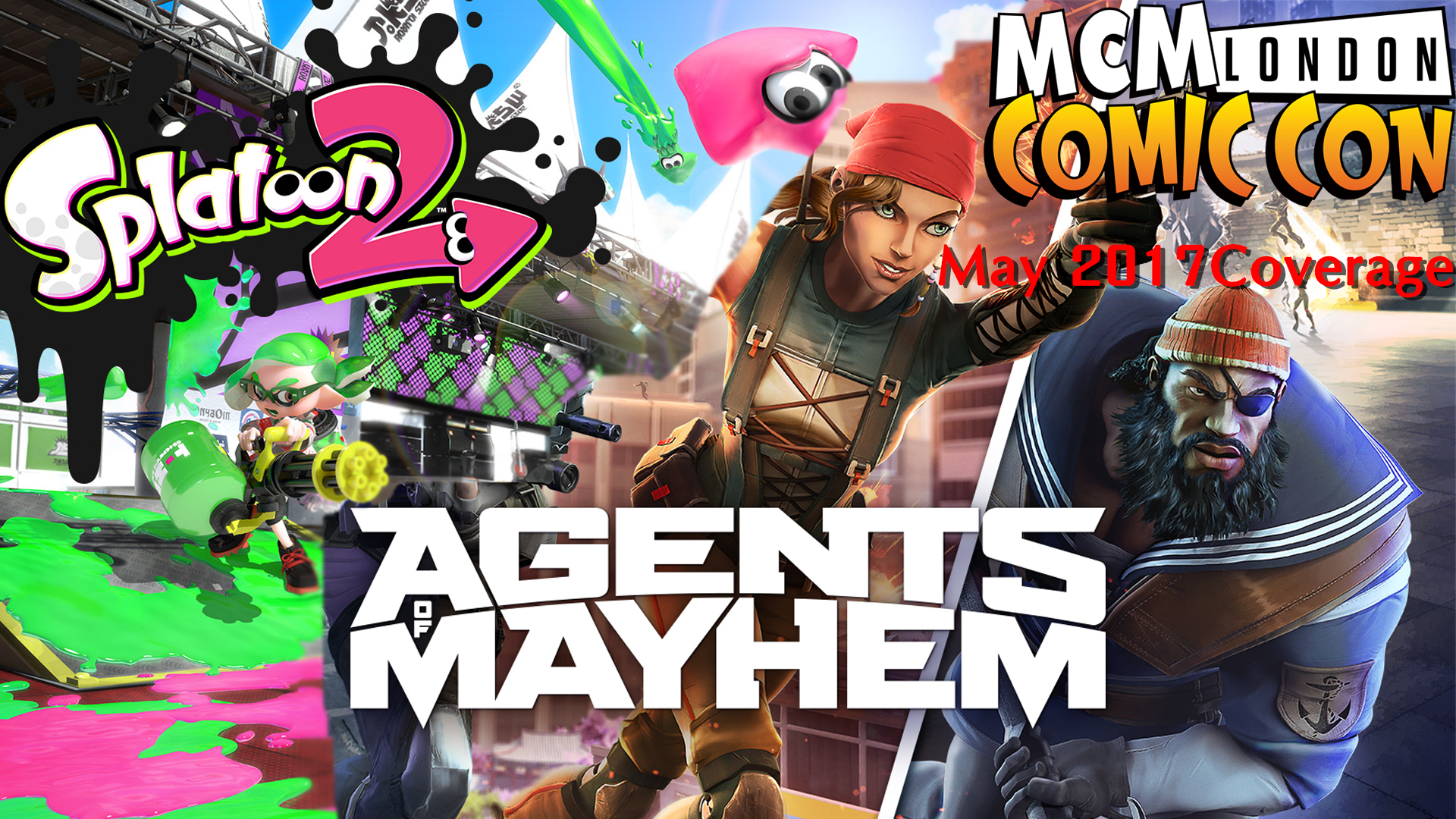 Out of the games there, the big name games to be released this year was “Agents of Mayhem” by Volition (coming this August) and the collection of Nintendo games (some out now, others out later in the year). Before I talk about Nintendo, lets go onto the ‘Mayhem’. 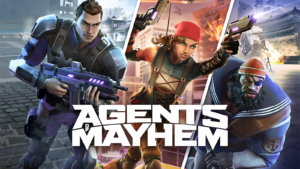 “Agents of Mayhem” is a sequel for “Saints Row IV”. More specificity, it’s DLC “Gat Out of Hell”. Set in a futuristic recreation of the world after the end of the DLC, you take the role of an Agent of M.A.Y.H.E.M. to take on the L.E.G.I.O.N. organisation. You can tell from that that it takes on much of the irreverent humour of the Row series. It also controls much like it, with the 3rd person shooting and platforming with loose physics.

In the game itself, you to play at three agents, being able to switch them on the fly. Mainly for the different character abilities like shield break, amour break as well on different weapon types. For the demo they had a characters with twin subs (to show the platforming/movement controls), a mini-gunner (to show weapon power/shooting controls), and a shotgunner (a halfway character I quickly grew to dislike).

They really wanted the game to be a character study. A game focused on its characters rather then a faceless random event lead like the previous games. And that ended up being the main problem.

The characters they have are generic and with it being a character focused game instead of one based on the random humour, it ends up falling flat. If you think of the best moments of the previous games you think of events, not characters. So here when they want to make a game led by character humour it just ends up being boring. Looking online, it seems like Deep Silver thought the same as Disney and thought that the popularity of the Saints Row ancillary characters would make for good viewing. But, like Jack Sparrow, him in the lead role isn’t interesting. They’re well liked because their not in the spotlight. They just stick their head round the corner, make a joke and then leave letting you swing about a giant purple dildo sword while being the president of the US and naked.

The game plays well and the whole package is very solid but it just isn’t Saints Row. But as they made it as a sequel there will always be that comparison. If they moved away from the franchise and just made it under a different name I would like it more. But it just ends up being bland. 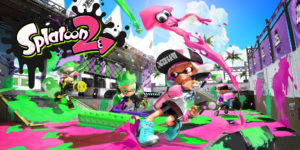 Staying with bad decisions, we move to Nintendo. “Arms” had a stall and it was as you would expect. Think of the Wii games like “Wii Sports” and the like and you’ll get why it’s here. “Zelda” and “Mario Kart” had their own sections but their already out and my thoughts on the game game are as most people. Very good games if you like that sort of thing and a must buy if you got yourself a Switch.

But there there is “Splatoon 2” and the aforementioned ‘bad decision’. “Splatoon 2” is pretty much as the first. A 3rd person shooter with kids/squids that is well balanced and easy to play. You know, for the kids. But the bad decision is that they’ve decided to incorporate motion controls.

As like all other 3rd person console shooters, the left stick moves and the right stick aims. But, in their infinite wisdom, they decided to make the motion controls aim as well. The explain, imagine there where circles around the cross-hair. The first is small circle and goes around a quarter the screen size away form the centre. The second fills the entire screen. The large second circle is the right stick aim and the first small circle near the centre is the motion control aim. I think you can see that this is a dumb idea and only works when looking down a high distance scope, (that doesn’t fit with the map sizes in the game). I did try choosing it when I played the demo but the Nintendo rep next to me said to go for the standard twin subs instead. Not sure if they where implemented for the demo.

It is a baffling choice as it makes close combat near unplayable at times as you have to strafe with the sticks (moving with one and pivoting with the other) while aiming with the motion controls. It is simply awful! With it being pretty much note for note like the original, it is a well balanced, well designed with lots of online playability. But that choice of the motion controls destroys the controls of the game. And it’s completely unnecessary. Thankfully you can turn it off but it’s on by default. But it still just leaves it as a baffling choice, another ‘Nintendo Decision’ that is just really, really dumb and never should be been made let alone in the final game.