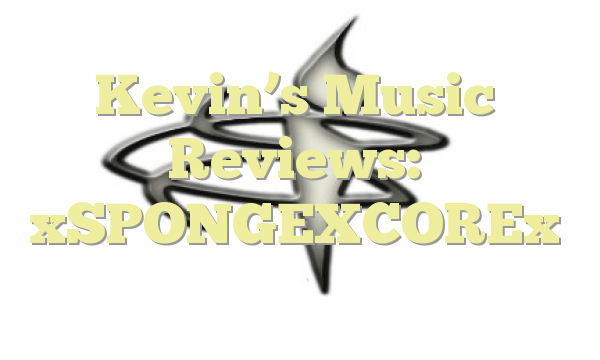 How Tough Are Yah?

How tough am I?

I had a bowl of nails of breakfast..

Bandcamp is my favorite place in the world sometimes, and xSPONGEXCOREx is exactly why. No, not because of the reward of discovering something truly special via rummaging through new/lesser-known artists, nor is it the beauty of finding your niche in a site decidedly loaded with niche-catering concepts and sounds. The reason, in fact, is actually witnessing these niches doing really inspiringly-bizarre things and the products of a free-flowing creative mind in action. These are thoughts unhinged, ideas detonated from behind the polycarbonate shield of anonymity and internet identity without any concern for success or pandering of any kind. Some of these internet-fostered ideas are nurtured into sub-genres of their own. Others don’t try to push any boundaries at all and simply think Spongebob has a lot of quotes that parody hardcore music well enough, and that it’d be pretty funny to make an album out of it.

You gotte be tough. You gotta have muscles. You gotta have muscles on your muscles. You gotta have muscles on your eyeballs. If you don’t have what it takes, you may as well turn around over to Weenie Hut Junior’s right now. Nickelodeon’s prime cartoon superstar Spongebob, as it turns out, likes to rock in a straightedge hardcore punk band with Squidward, Patrick and friends to make ends meet, and for the most part he’s right at home here. “Are you ready to rock Squidward?”, he beckons to his friend, to which he gets a dry “no” before going straight into a breakdown at the start of opener “G.A.R.Y.”. In spite of this, Squidward brings followup “So You Like Kickin’ Butts Do Yah?” into high gear with a fiery scream, betraying his nonchalance.

Quotes from the cartoon make up the entirety of the “vocals”. Most of the time, you’ll get a relevant one that either parodies the subject matter of the hardcore genre, or imitates its sound. The quote “so, you like kickin’ butts, do yah? Well we’ll show you, old man!”, repeated on the track of the same name, captures the fight attitude of the genre pretty well, and Patrick’s aggressive assertion of proper jellyfishing etiquette to “FIRMLY GRASP IT” is an example of mocking punk shouts and the like. However, there are weirdly pointless quotes thrown in as well that don’t make a lot of sense. The fourth track in particular, “He Was Number One”, which reaffirms the existence of Smiittywerbenjagermangjensen at Floater Cemetery, is mostly irrelevant, though it’s still funny to hear on top of brutal breakdowns and chugging riffs.

Sometimes it’s amazing just of the sheer ridiculousness of the concept alone, and others it genuinely succeeds in pulling off what it’s trying to do. Others, however, the focus is lost due to totally random quotes not keeping up with the concept, though it’s still enjoying to hear the first few times anyway. It’s very short – five tracks totaling roughly 5 minutes, so even if you end up thinking this is stupid (it is, but yet, it’s remarkable as well…), you won’t have drastically damaged your schedule.