The movement that recently swept through the social media with every one making a video, the Ice Bucket Challenge, is more than what meets the eye, It initially started with participants challenging to make a video of ice water being poured and donate $5 to $100 for Amyotrophic Lateral Sclerosis (ALS). When famous people promoting event, the awareness caught a wild fire. Instead of focusing on the disease and the donation, the aim shifted its pace to the ice water and fun the people had.

Amyotrophic Lateral Sclerosis (ALS) is a progressive degenerative disease that affects the brain and the spine cord. The motor neuron reach from brain to spinal cord to muscles in a body. Due to the degeneration process, the motor neurons die leaving the brain to loose the ability to control the muscles of a body. This leads to paralysis at the later stage. Although, studies are being conducted, the disease has no cure till date.

Although, donors donated in huge amounts, the movement caught criticisms like wastage of fresh water. According to surveys, around 50% of the people did not donate. Still the donations raised were accounted as on August 21st, 2014 counted to $10 million. Click here to Donate to ALS. For more information look in the wiki.

I created a video slide show, not challenging anyone but me to donate a few Dollars for the event. In Second Life, you may get a free bucket with color changing HUD (red, blue, yellow green), ice water particle effect and a gesture to make a video. The first glimpse of this event in Second Life can be viewed here by Tadeu Gartner.

Teleport to the location

The following is an example how the same fun event can be a motivator to raise donations for American Heart Association can actually do so. Indea Vaher (her Second Life name), a well known artist in both Second Life and real world, initiates to make a change for the needy. 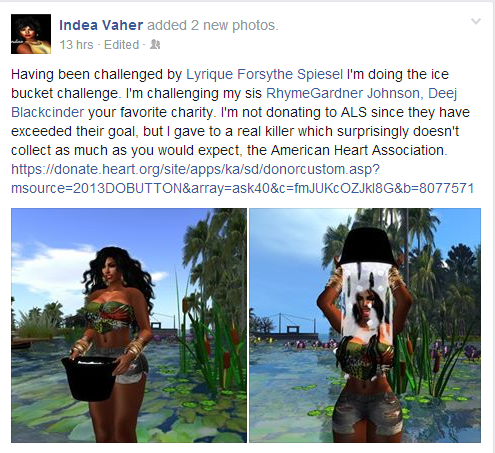 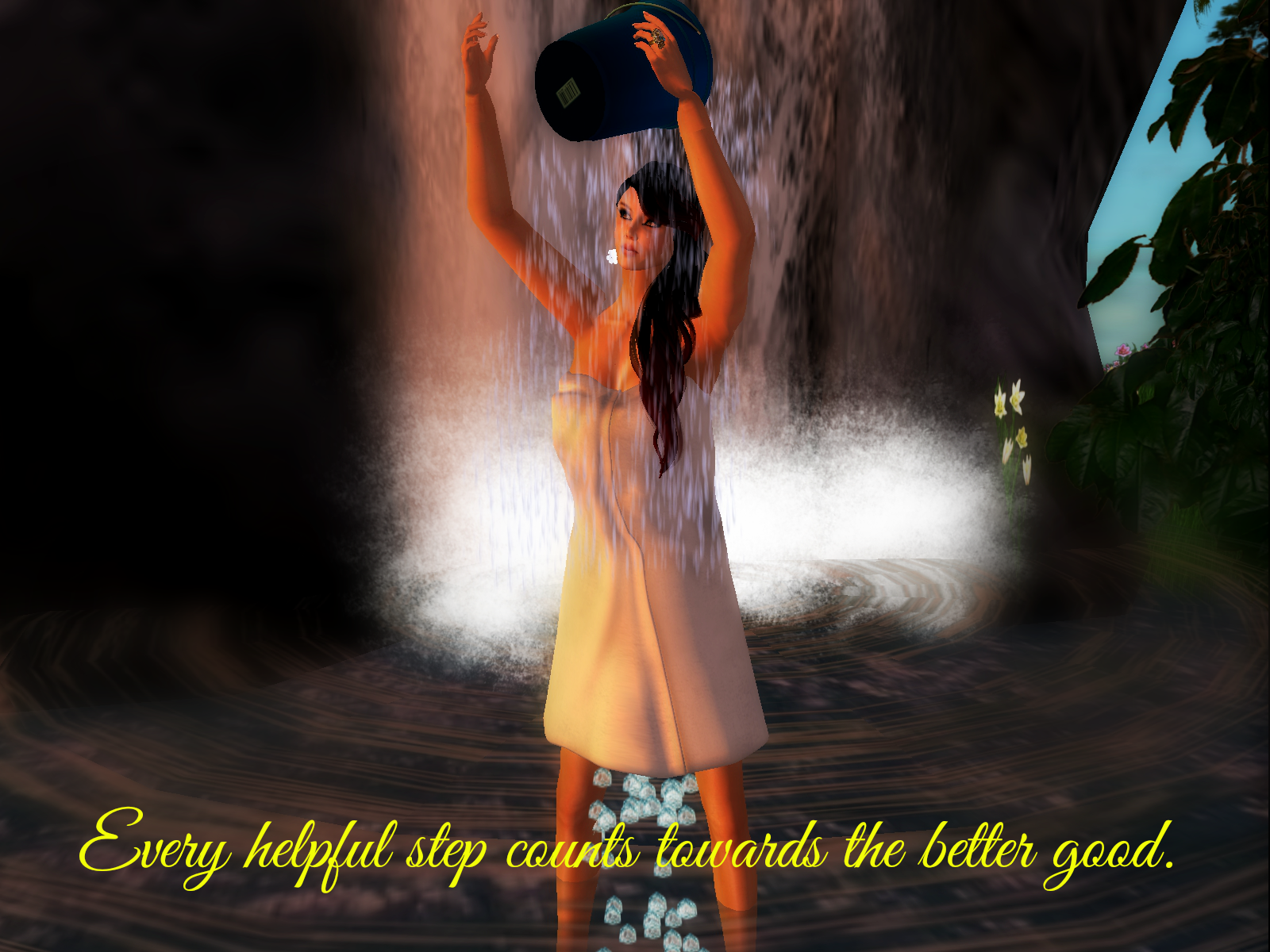