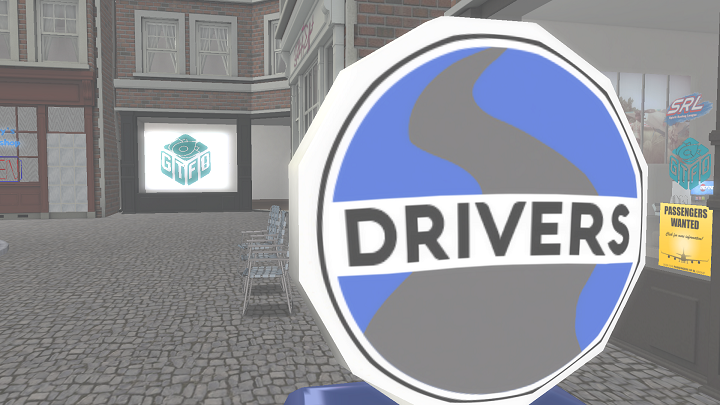 The residents in the virtual world of Second Life (SL) are always finding new and unique ways to entertain themselves in the vast virtual realm. From opening clubs, making clothes and building structures such as houses, anyone would argue that giving residents the right tools can help them to create their heart’s desire. So, why not makes games that are based on a real-world counterpart?

There are a lot of examples of these already, for example, games like beYou and XeoLot help to give Second Life ‘The Sims’ treatment. They are games that while not played exactly like the Maxim game does give that SL that ‘lived in’ feeling. Another resident made game is based on the Fantasy RPG genre, and could closely be related to Kingdom Hearts, going by the name Spiral Kingdom. There are also the Second Life made games, that were created by the SL programmes ‘The Lindens’ themselves, such as Linden Realms. These games are dotted around Second Life and are available for any resident who is interested in playing them, another type of game that we’ll take a look at another time.

There are driving based games such as the topic for today. Two, in fact, GTFO and Grid Drive. The resident made Second Life game called Get the Freight Out! (Also known as GTFO) is an American /Euro truck simulator like game which allows residents to pick up cargo and deliver to different destinations on the main continents. Created by Second Life resident Rez Gray and now owned by residents Syler Avon and Cinn Bouchard, players earn G-bucks (G$) to pick up and transport and deliver cargo with the use of different methods of travel, such as cars, freight trucks, cargo planes, shipping boats and helicopters. Syler Avon commented on the popularity of GTFO saying:

“I think it gives purpose to hopping in those vehicles you spend so much money for. Planes, boats and cars are fun for the first few days, but then you just look around at the places you know. GTFO gives you a destination. You have a reason for hopping behind that wheel and setting out for someplace you haven’t seen. You can find a parcel that’s got incredible deco and perhaps even get some ideas for your own home. I think it’s just -fun- to play. And then you have people like me who enjoy building hubs for people to visit and enjoy.”

While Cinn Bouchard comments on the likeness between GTFO and the American/Euro Truck Simulator franchise, stating:

“My opinion is that GTFO is a loosely structured community which allows our many differences to flourish. I can see, on the surface, why people think they are similar, however, as with all games, the truck simulator is designed and controlled by the game developers at the direction of the company which owns the game. The same thing which separates Second Life from online games is that it is built by the people who participate in it. If it were not for the 400 or so people who create their land to be hubs, we would not have a GTFO game. For example, there are members of the GTFO community who are making loaders, for fun now, but which I plan to incorporate (make work with the HUD and vehicle) in the near future. And we let anyone, creator or vehicle owner, register vehicles into the GTFO database. So GTFO grows organically, created by its participants. The main thing I do is have the code and the database that makes the connections possible.”

There are currently over 300+ GTFO hubs darted around the four main continents of SL, Heterocera, Sansara, Bellisseria and Jeogeot. It was recently announced that the Lindens had made it possible to travel between the continents, giving the players of GTFO the ability to expand.

This will not only work for GTFO but also for Grid Drive. The Grid Drive is a game that happens every Saturday where players are given quests to complete, following a SatNav. The player can travel via sea, road or by air all over the main continents completing tasks for rewards. Unlike GTFO, the HUD (or Heads up Display) takes the form of a SatNav and players are normally called by a random NPC who asks them to visit someone or complete a task for them. Creator Christi Charron talks about the history the Grid Drive stating:

“People have been doing drives and cruises forever, I just started recently at the end of 2017 when I decided to take a simple pointer HUD made for The Second Life Cheerleading Squad by one if it’s super smart members, Patty Cloquet in 2013. It was made for people to find a hidden monthly party called a “Destination Unknown” party, where people wouldn’t be told the location of the party, just would be given the HUD.  The HUD was a very early and simplistic version of the Nav HUD we use today but was only capable of pointing someone from checkpoint to checkpoint.  It had no sounds or turn signs or warnings, and it wasn’t capable of multiple legs or “Quests”, which are the parts where we do things usually out of a car in between legs, like get a soda or switch to a new vehicle type.”

“The HUD had laid mostly unused since 2014 and in late 2017 I decided to create a 9km drive on Sansara, and sent a few group invites for it.  I wasn’t expecting really anyone to show up so I showed up for the drive the following day at the last minute and to my surprise, the road was filled with cars of people I had never met already waiting to go and it caught me off guard.  We all left at once and almost crashed on the first crossing but we all tried again and ended up having such a good time, we decided to create a group for it.   Patty, being the good friend she is, worked hard to make endless hours of improvements and we tried to up the game weekly and still do by showing participants hopefully something new each week, even if its a very small new HUD feature, or a new place.  Patty left SL last year but I continue to make small improvements to the HUD and changes, as well as planning and scripting Grid Drives weekly, sometimes by myself, sometimes with the help of others which is always appreciated.”

Charron never imagined that the Grid Drive would ever grow into what it has become today, she concludes:

“I’m amazed at the rate at which the group grows steadily at a little more than 100 new members a month and thankful they’re so friendly, interesting and helpful to each other.  Our drive sponsors are all wonderful, generous people and our fantastic members are the reason we have a waiting list of sponsors for 3 months in advance currently.  I never expected the group to get this large, particularly this quickly, and I’m thrilled to be just another member who enjoys driving with friends every chance I can get, and now I have so many new ones.  We all do. “

Having tried both GTFO and Grid Drive, I have to admit that I find both extremely fun. Both these games tap into what makes other video games like the ATS, ETS, and other transportation simulators popular. I absolutely enjoy the quests that come with the Grid Drive, and the fact that you are rewarded at the end of it does help too (though if there were no rewards I would still enjoy driving around.) Some drives are better than others, and flying a plane in Second Life is still a pain (ugh sim crossings), however,  it is still a phenomenal experience. The locations you encounter, as well as the quests, give it that road trip feel and I love it. I like the fact that you can stop for gas, although the option is there to not have that implemented in your cars/bike/truck.

As for GTFO, if you enjoy the ATS/ETS franchise, you’ll love this and there is so much space to develop. The way I see it GTFO is still very much in its infancy and there are is a lot of room for growth, from using the games’ currency G$ to pay for speeding fines (which you do get if you drive on the main continents) to using the levels to unlock different methods of transport and thus better and more well paid cargo. There is so much potential in GTFO, and I hope it lasts for a long time.

If you want to find out more about GTFO and Grid Drive, you can check them out on Second Life and join their groups.

Special thanks to all of the members of GTFO and the Drivers of SL who allowed me to use their pictures and credit them! All of their pictures belong to their respective owners since they were taken by them and all credit goes to them.