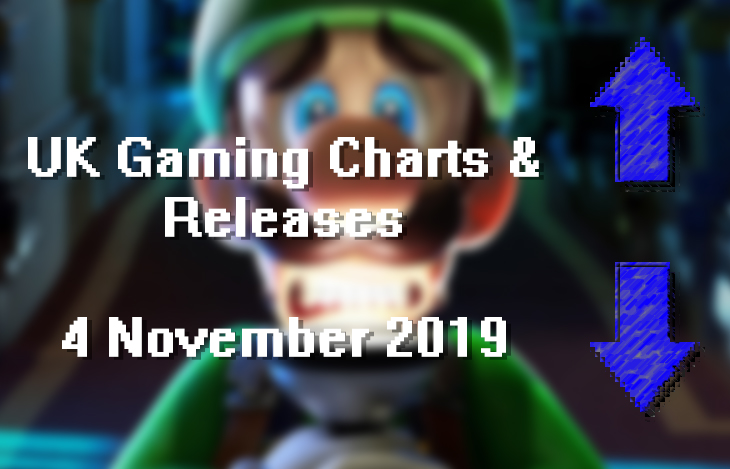 And the ‘holiday’ release schedule is really geared up and going now. Call of Duty already hit the road, and getting up to number one in the charts since, and last week Nintendo got in the action releasing Luigi’s Mansion 3 which has become their biggest release of the year. This week sees the release of the latest Just Dance and Need for Speed Heat with more big name releases next week, and the week after, and so on till Christmas.

After Luigi and the Call of the Duty, FIFA 20 stays in the top 5 only dropping a place to third, the The Outer Worlds does the same going from forth to fifth, with Madio Kart filling the space going up to forth.

Rest of the top 10 are the same as usual, with GTA V cracking the tens again and Medievil being punted to eleventh.

The indie game of the week goes to Disney Classic Games: Aladdin and the Lion King, a re-master/re-release/collecting bundle of the old Aladdin and Lion King games.

And this week chart plummet-er is Gears 5 of all things, falling from forth to 19th. WWE 2K20 had a similar fall dropping 11 places from third from 14th. Although, the reason for the fall that Gears 5 felt is probably a very different from reason WWE 2k fell.

Compiled as all formats for all price ranges, for week ending 2 November.