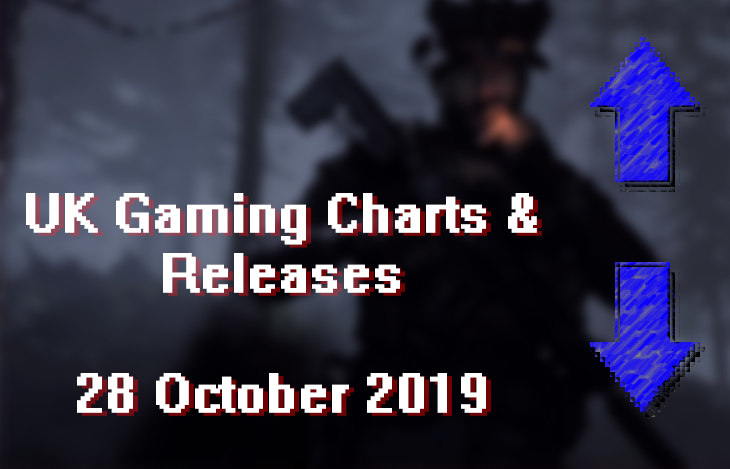 November is coming… Which means the big release schedule is coming. Or it’s already arrived to a debatable extent with the latest version of Call of Duty being released on top of the re-release of Medievil and the game of the moment who’s drowning in critical praise The Outer Worlds.

So with this weeks chart we now know that Call of Duty beats FIFA, so guns are better than football (?), and the latest WWE enters at third and The Outer Worlds enters with its critical praise. Adding to that, Resident Evil 2 re-enters the charts for totally unknown reasons that has nothing to do with Halloween being in a few days. Everything else after that are games falling down the chart and various speeds, with the biggest drop being Borderlands 3 dropping 10 places just staying in the chart.

Compiled as all formats for all price ranges, for week ending 26 October.