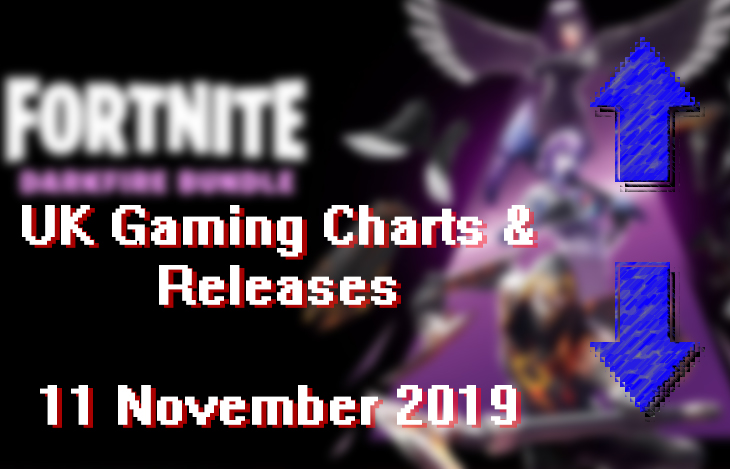 The big release window continues on with Death Stranding coming in at second, Need for Speed: Heat coming in at fifth, Just Dance coming in at fifthteenth, and Mario & Sonic at the Olympic Games at eighth. On the side of releases Pokemon is still coming and Star Wars: Fallen Order arrives at the end of the week.

Surprisingly, a Fortnite bundle has made the list, which is a physical object for a download code for a free online game across all platforms… It just seems a little odd to me.

This weeks indie entry into the charts is the Jumanji: The Video Game tie-in, coming in at 16.

After that, the list follows much of last week, including the continuing fall of WWE 2K to the bottom of the list.

Compiled as all formats for all price ranges, for week ending 9 November.