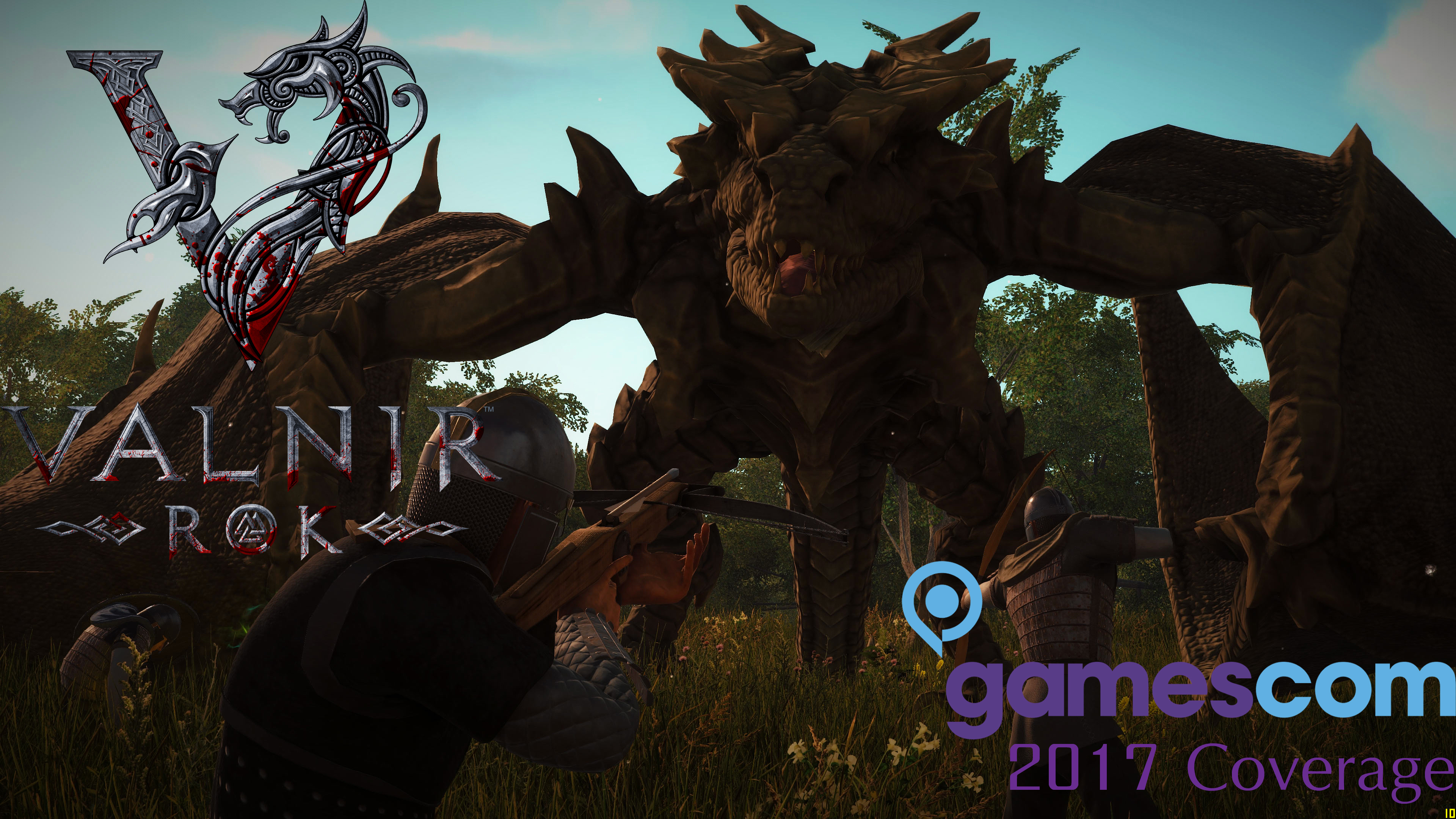 Me and multiplayer survival games have not had a great history. I have called them a flawed concept by design. To me, the idea of building a colony or even a home on a multiplayer server that it not managed by you or is in any way public is pointless. Survival means scavenging, scavenging means destroying anything that isn’t yours for materials. It may seem like that’s the point of the genre but my point is that you will go offline to sleep and you will be reset because of it. I love playing survival games but hate doing it with other people in pubic multiplayer. After talking with the developers of “Valnir Rok” it seems like they aim to fix that problem. Before giving to much away, lets talk about the game first.

“Valnir Rok” is a MMO styled game survival game that is based in Norse/Germanic mythology. So Vikings. But it has an interesting aspect around the mythology that, from how the developer I talked to described it, is going to be a bit of a human vs magic element in the game as the humans, the player characters, are going to be largely separate from the magical parts of the mythology. The way he described it was that the humans aren’t going to be able to cast magic but the magical elements of the mythos is going to still be implemented but as either NPC’s or monsters. It’s interesting lore wise as it could lead to an old vs new vibe. 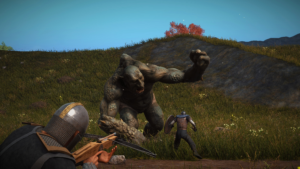 I had an additional thought on this and that’s balancing. Withholding magic from players makes the balancing regarding multiplayer much easer as your power is just dependent on your tech/equipment level. So the direct competition will just be confined to upper tier players and new players will be left largely alone. Why fight new players what there they have nothing to steal and give no reward. At least that seemed like the idea, helping new players be able to move by the games design.

Balancing really seams to be the core factor of the games design. It has the usual staples of survival games (scavenging, crafting and killing) but with the design aiming for players to be on an even field. But that whole reset when your offline I mentioned at the start is the obvious hole. ‘Valnir Rok’ hopes to fix that with an ally AI system, where you can create/recruit AI solders to defend your homestead when your offline. I got to see a system that is kind of like it in the local towns. The way the town solders where descried to me was that they are pretty much invincible, having health and attack power that will cut down armies of players by themselves. But they are strictly a defensive AI so they only attack when under attack. I’m willing to guess that the recruited home AI will be the same but with set parameters, like ‘attack all’ or ‘clan/friends only’ but it’s something that wasn’t implemented yet so specific descriptions will come in time.

There was another point that interested me and that was something for owned servers, so a game server that you have yourself or pay for. They didn’t say specifics on how that itself works but it’ll either be a ‘Gmod’ you set it up, manage, and pay for it yourself or it’ll be a ‘Minecraft Realm’ situation where you pay for the server but it’s managed by them. As it’s a survival game I’m guessing the former (it is a survival game after all and that’s how all the others work) but having an Encurio managed server system would be a nice touch. Anyway, on a server that you control, you can create your own quests. So you can set up your own stories, quests and NPC’s yourself. It opens the door for creatives to set up whole plot arks but the way I can see it most used is through online personalties and groups like YouTube communities to use their own pre-established mythos’. 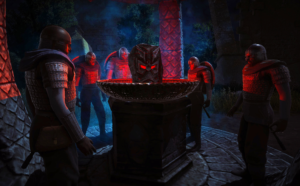 It’s very much in its early stages as there where a few bugs in the demo I played, as well as the large ‘to be implemented’ list. But as it goes now and where it intends to go it really is a stand out in the survival genre. It has the aim of filling in the holes and criticisms that I’ve had with these types of games while maintaining something that is fun to play. Buying in now is still ‘buyer beware’ but they say on their Steam Early Access page that the early access will only last for 7 months so a full version (in development time terms) isn’t that far away. I will certainly be keeping an eye on the the game. It might be the first open world, multiplayer survival game I will enjoy with a lot less of the usual caveats.