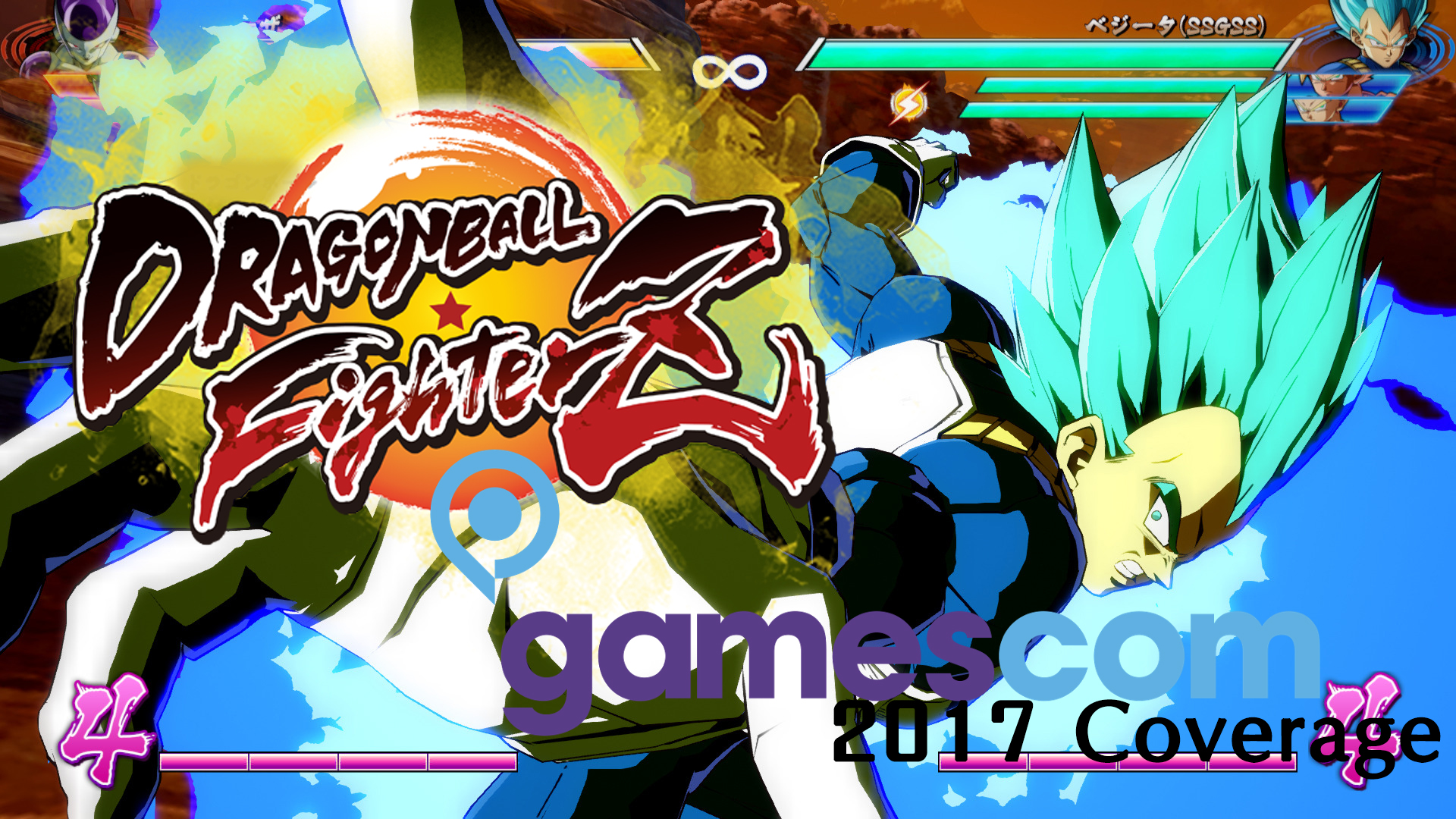 ‘Dragonball Z’ is a franchise that has lived in the fighter genre of games for near decades. So it was interesting seeing where the next game is going to go. In a way it hasn’t gone far by being developed by the veterans at Arc System Works but in a style I hasn’t been in before. Not a new style by any means but a new one for ‘Dragonball’. 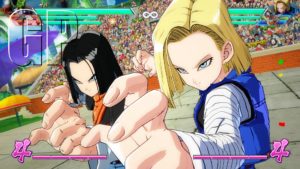 ‘FighterZ’ is a tag-team one-on-one fighter. It’s one-on-one but you have a set of three characters that you can switch out in match, like the ‘Capcom vs Marvel’ series. It’s a bit of a change for Arc who are most known for the ‘Guilty Gear’ and ‘BlazBlue’ fighters. Although we’ll be getting back to some familiar ground for them later. But the combo of their anime fighter style and the borrowed tag-fighter mechanics are a great mix.

All of the visual extravagance they’re known for seem to be enact but with the rapid fight mechanics of a tag fighter. The game is rendered in a that kind of 2.5D cell shading where the visuals are presented like 2D animation but is in 3D, allowing for sweeping camera angles without cuts from the action. It makes the game look more fleshed out and keeping the style like the animated series while keeping the pace steady. So it all looks very good.

While not being very good at fighters, I understand the mechanics and compositions that build them so I can make a few comments on mechanic specifics, but take them as they are. If your here to hear about how the counter breaks or about invisibility frames and armor then you might be in the wrong place. The comparison to ‘Capcom vs Marvel’ is kind of fitting as the mechanical play-style is much the same. The matches are based more on powerhouseing, that being getting though defence then pulling off power movies and specials. That means that the hard-combo mechanics like ‘Mortal Kombat’ and the juggling of ‘Tekken’ are not there or is the focus. There’s the tag-character combos, having a tagged or out of ring character join in for some additional power moves as well so the core experience is holding out, waiting for a the right fake-out and committing with full force. The demo was filled with people doing push combos for distance then pulling out projectiles. Projectiles are the staple of Dragonball so not surprised that’s the focus of combos. Very much an ‘anime fighter’. So if you looking for a fighter that has meaty hits or has a power bar focus, best sticking with Netherrealm or “Street Fight V” I think.

The mechanics are very well polished even at this point of development, partly because they had obvious eyes for the e-sports circuit. They had a ESL pro tournament at Gamescom as a way to show the game off and to build announcements around. Arc is well experienced in that area with both ‘Guilty Gear’ and ‘BlazBlue’ doing the rounds in circuits so there’s a lot of trust there regarding updates and character patches. 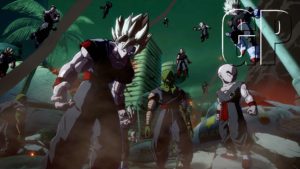 After the E3 announcement of the game the only thing could do for major announcements was to announce more characters. And that’s largely what they did. They announced Krillin, Android 16, 17 & 18, and (Perfect) Cell as new characters, as well as the ‘Super’ transformations (the new blue hair transformations from “Dragon Ball Super”) for Goku and Vegeta.

They also wanted to show off the multiplayer hubs which work in the same way as other Dragonball fighting games. It’s a separate online hub where you build or choose an avatar and can talk (in a limited capacity, mainly with stickers) with other players. But as I said for Naruto preview, it will only be good if the servers are good and buggery knows if that’s the case until the game comes out. You could pre-order the game and find out but as will all pre-orders “BUYER BEWARE”. And the usage of severs could be drastically different when the game comes out.

They also wanted to show off the new 6 fighter matches. They made a not saying there it was actually 8 persons as it was for 6 players and 2 spectators. But that’s when we start getting into semantics. The 6 player matches are set in a unique way as they are 3 vs 3 matches with each player controlling a character but within the tag mechanics. So the players tag in and out of a 1 v 1 match.

People have been heaping praise on the game, average and professionals players alike. And I’m not surprised. It’s designed with that Arc System polish with the whole history of ‘Dragonball Z’ behind it making it a very anticipated title. There is a closed beta going on right now but it only runs for the next week or so. Otherwise, you’ll have to wait until the game come out in February 2018.