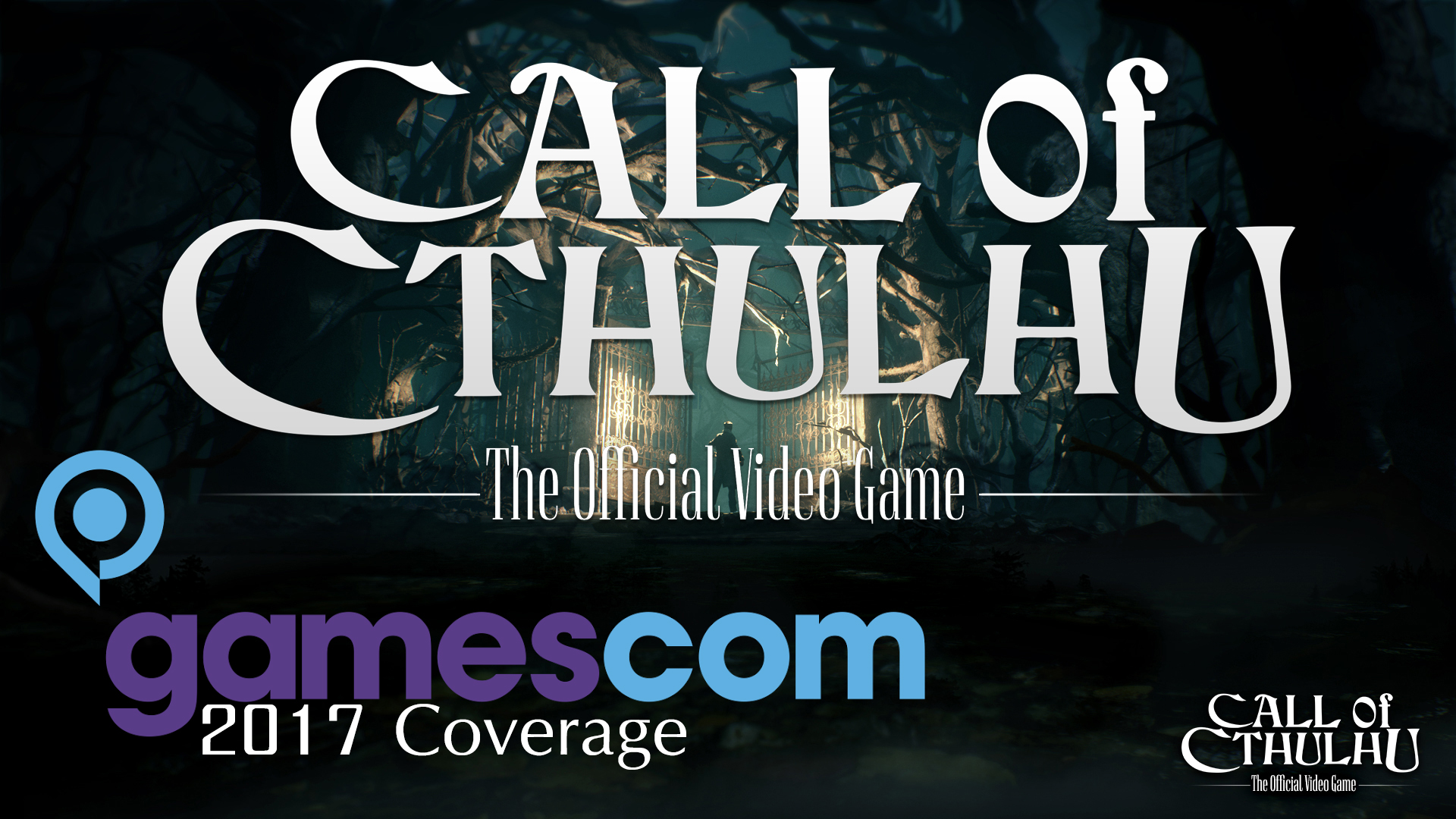 Lovecraft is something that we’ve become very accustom to over the years on the site. Be it reviewing some of his books or having a look at adaptions of his works. So adding “Call of Cthulhu: The Official Video Game” to the list seems natural.

The game isn’t specifically an adaption of Lovecraft’s books or stories. It’s an adaption of the board game RPG called “Call of Cthulhu”. It borrows a lot from the works and the mythos that Lovecraft created but isn’t a specific adaption. So the position the game finds itself in is being an adaption of an adaption.

The game follows investigator Edward Pierce who is there is to investigate the arson of an island manor on a remote island called Darkwater, just off the Boston east coast. But as he delves deeper into the investigation he finds himself confronting monsters from beyond the pale and a mythic cult that worships ‘old gods’.

Going through some of the freebies they gave out (specifically an art book that covers all of their titles,) there are a few drawings of a large, tentacle bound sea beast as well as tentacle faced envoys so there is chance that you’ll see glimpses of Cthulhu them self (although probably not as you would go mad.) 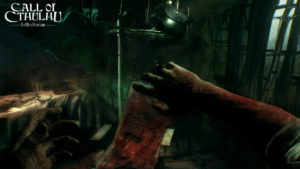 We weren’t told much about the games story as they wanted to keep it a mystery but they outlined how the game will be played. Like the board game, there are health attributes and skill sets. The health attributes are your health and your sanity, with the former being more of your buffer and the latter being something you sacrifice as the game goes on. They said that as you become more mad decisions and choices are taken away from you which will make you more irrational. Considering the way the islanders act toward you being a crux for many puzzles, being mad and irrational can and most likely will have an impact on how you solve puzzles and blockages.

The skills on the other hand are the RPG style mechanic and is what manages how you move through the game. They are divided into ‘Physical’ (combat skills), ‘Social’ (communication skills), and ‘Investigative’ (analysis skills). Each can be learned by doing while there is a unlockable skill tree. The way it seemed to work is having skill percentages and unlockable advancements. For example; the ‘Occult’ investigate skill has three stages of knowledge (unlockable) but the better you are with it the better and more information you get from using it (percentages). It’s a good way to manage the way you move through the game as you have to use the skills and be any good with them but you can’t move on to be to overpowered in a skill to early.

As for getting stuck, they said that you could just buy hints/information in game from characters going full 1920’s informant so it seems like they thought of every outcome. 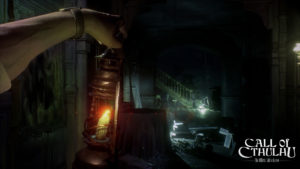 On top of having every outcome considered, there are multiple endings. When asked, they said that ‘it’s Lovecraft. There is no happy endings’ so there is no good ending. But by the way it sounded there seemed to be something like a ‘golden’ ending, that being an ending that is a better and most efficient ending. Although, one note on the endings I have would be something that the presenter said. He said that he ‘wanted the story to be unique for him so would personally play through it only once and have that ending be his end.’ But the thought that wafted through my mind is ‘does that mean the endings aren’t that different?’ It’s always a concern of mine when there is multiple endings as the only way to find out if it’s a problem is when it comes out. In that regard, I’m holding fully back on saying anything about it. It could still be great. Just sticking my hand up now saying ‘please don’t me be the one that called it’.

As a final specific topic note, I love the look of this game! The green and black tones, buried deep in 1920’s chiaroscuro built with proper cosmic horror. The feel, the look, the sounds, it is amazing! I can see why Chaosium (the maker of the board game) agreed to the games development. This looks and feels like Lovecraft.

I’ve been keeping an eye on the game since it was announced last year (after moving developers). After what I saw and how the gameplay was shaping up, I’m more then exited to try it out. I can’t wait to get my hands on the game. It has the style of Lovecraft, the feel of Lovecraft and (going by what was was said about it) has the story of Lovecraft. While being an adaption of an adaption, this is shaping up to be the game I’m most looking forward to.