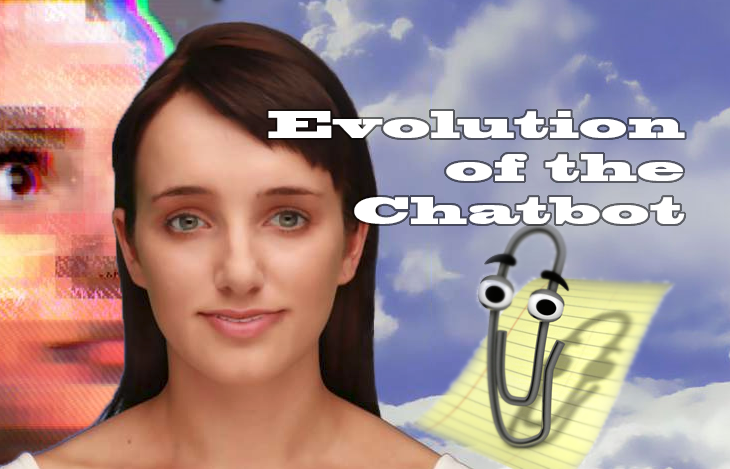 The artificial assistant has been around for some time now, since the mid-90’s Clippy for Microsoft Office. Today’s version is much more intelligent, and we helped it get there.

Today we see them everywhere, as in-store assistants, as sales representatives and even as medical helplines. The chatbot has become so advanced and so commonplace we don’t even notice them any more. But how did we get to this stage?

It started as far back as the earliest office computers, with simple pre-programmed command-to-response applications. These were often used for things like dictionaries or lookup tables, such as phone books, but could also be a bit more advanced and operate as artificial guides, sort of like a proto-wiki. But towards the latter half of the 1990s and the earlier parts of 2000s, something new came, when they combined the processing powers of several computers using the now-widespread power of the Internet.

The first generation of chatbots used a rudimentary form of machine learnig to associate terms with responses. One such chatbot that became very popular was Cleverbot, a program that would be incorporated into the webpage Evie. By continuous use, the bot would expand its vocabulary and knowledge and every time it got a new response to a term, it would know it could associate that term with that response. The more it heard the same response to a term, the more certain it became that it would be the correct thing to say.

The second generation used deep learning and neural networks to get a bit closer to our own brain’s way of processing information. It doesn’t just respond based on what it has heard, but also based on what it has experienced outside of the chatting, in so-called “training data”. One such bot was Microsoft Tay, which used Twitter posts to learn how the modern person talks.

Unfortunately, Microsoft did not count on the depravity of mankind, and Tay soon started talking about drug use, its love for Hitler and threw out a lot of racist slurs. The bot was shut down and Microsoft issued an apology, stating that the issue was that of nurture, not nature.

The third generation is mainly used in the customer service sector. It uses a more advanced version of Generation 2’s learning algorithm, but only processes the training data given. It does not take in the response from the chatting partner as part of its learning. This way the owner has full control over what the bot can respond with, while the bot is still intelligent enough to give natural answers to questions. It can be trained using instruction manuals and logs from other customer service chat sessions, for example. This is the culmination of everything that has come before. Generation 3 is so advanced that in most cases we don’t even realize we are talking to a machine.

Of course, if you talk a lot to customer service over chat services online, you will probably pick up on the pattern quite soon, but as an occasional user, the typing is so natural it’s seamless. It even has delays based on the length of the text it’s about to send occasional typos, to make it seem more human.

And everyone who has talked to one of the major chatbots online in the past 2 decades has helped make this a reality.

But we have Generation 4 coming out next year, maybe we’ll see the first ever Turing 100% before 2021?

This article was inspired by the press release: What role will Chatbots play in 2020?

Does Watch Dogs 2 get hacking right?