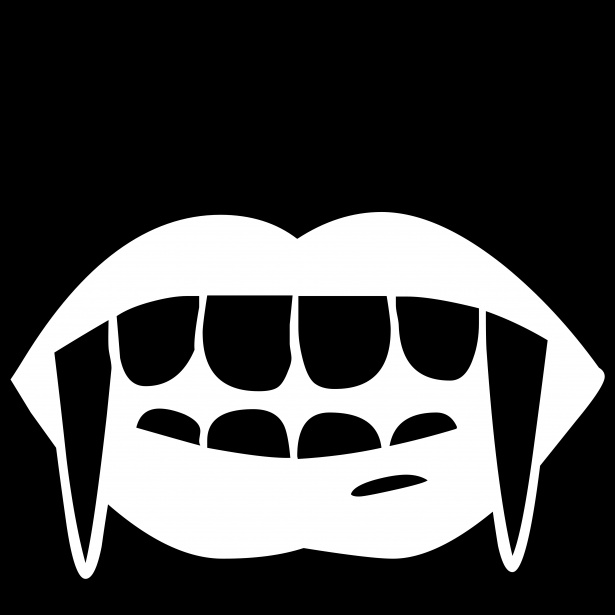 When I was a kid, around eight or nine years old, on rainy evenings, my Uncle would tell my cousins, and I duppy (ghost) stories. He would sit by the open back door as the rain poured outside, and the faint sound of thunder rolled across the sky. We sat on the floor with blankets over us, watching him as he rolled tobacco and told us these tales.

This began my love for ghosts stories.

All my time listening to my uncle’s stories, I can only recall four: Teeth Like These, Johnny, I Want My Liver Back, The Talking Eggs and O’l Hige.

I spoke about O’l Hige before. She was the witch who would peel off her skin at night and stalked the nearby villages as an owl — sneaking into the bedrooms of little girls and boys to steal their life force. That is some scary stuff for an eight-year-old, I have no idea how I went to sleep at night.

Speaking of scares, Teeth like These was a story that I don’t remember scaring me as a kid. I’m pretty sure it did and years later, it particularly made me wary of walking down dark country roads at night.

As the story goes:

A man is walking along the road in the Jamaican countryside alone at night, as he walks he is rolling himself a spliff (as my uncle called it). Halfway through his journey, he notices that he lost his lighter, and after patting himself down and looking around in the darkness, reluctantly admits defeat. Looking ahead, he continues his journey only to notice a figure walking in his direction. Overjoyed, the man walks towards the traveller and says, ‘Boss, beg you alight?’ The man nods, reaching into his pocket and pulls out a matchbox. He takes a match from the box and strikes it, bring it up to his face. The protagonist leans in to light his spliff, but as he does, he notices, in the dim flicker of the light, that the man is smiling, revealing two sharp teeth. Horrified, the protagonist turns and runs away. A few miles down the road, he decides to stop seeing a shop on the side of the road with a man standing just outside the door. The protagonist runs up, and in huffing breaths says, ‘Boss, I was walking down the road, I beg a man a light, and he had…” The man turns to face the protagonist; he smiles hugely and replies, “Teeth like These?”

It’s a simple scary story, and I never thought about what made the ‘ghosts’ teeth so frightening. A friend of mine suggested that maybe he came across a dead man, and because he was dead, his teeth were receding. What would be so scary about that? I guess if he knew the man was dead, that would be horrifying. I’d like to think that, he did meet a dead man, of course, he did, but he was a vampire. After all, vampires are dead and they like to travel.

Looking on the internet to see if anyone else had heard of this story, I came across a story that was almost identical to the one my Uncle told me. It was written in 2013 by writer Roger Hurn, and he called it, ‘Dead Man’s Teeth.‘

His story follows a protagonist named Old Man Hedley. Hedley decided to go for a walk along a twisty road on Jamaica’s Blue Mountain. To light his way, Hedley carried a lantern with him, and when a strong gust of wind came along, it blew the candle out, leaving Hedley in darkness. He spotted a man heading in his direction and grateful, Hedley approached him to ask for a light for his lantern. The man smiled at Hedley, and he spotted the man’s teeth which he said were “cold as winter, the smile of a dead man—a dead man with long and sharp teeth.” Horrified Hedley ran as fast and as far as his feet could carry him. He finally stopped when he saw another person. Racing to meet the other person Hedley tried to tell his tale, but when the man smiled, he realized it was the same person from before. In this story, Hedley runs away three more times, on his second meeting the man asks, “Tell me, friend have you ever seen teeth like these?” causing Hedley to break off into a sprint once more. Finally, Hedley had enough, he noticed another person and decided it was the dead man he had been running away from for most of his walk, and he was going to give him a taste of his own medicine. When Hedley marched up the man and asked him if he had ever seen weird teeth before, this guy replies, ‘ I can’t say I have, at least not until I saw the man behind you.’ Hedley turns coming face to face with the man who had been on him all night and with that he ran, never to stop running for the rest of his life.

Obviously, these stories follow the same premise, it’s just the length, and the outcomes are a little different. I think because Hurn is a writer, he added a name to his protagonist, making his story a little more comfortable and more defined. His was also a little longer than my Uncle’s, but the ending didn’t hit as hard when it came to being scary. Hurn’s was a little creepy, but that was it, it was mostly played out as a comedy. You got the sense that the ‘Dead Man’ was playing Hedley, he knew this man scared of him and thought, let me see how many times I could make this old man crap his pants. My Uncle’s was a little more scare focused; the protagonist meets someone, who scared him, he ran for safety thought he was safe, and it revealed he wasn’t, it just ends. You don’t know if the protagonist is dead or not. He could have been attacked. The traveller could have left him on his own, you don’t actually know. All you know is that the protagonist ran away and that traveller can move faster than he can. He felt a little more menacing too.

Reading Hurn’s story, I decided the ‘Dead Man’ was indeed a vampire, just the way he described his teeth, him being cold as winter. The way he played with Hedley. Who knows, he might have killed the guy Hedley was talking to, he might have caught up with Hedley in the end.