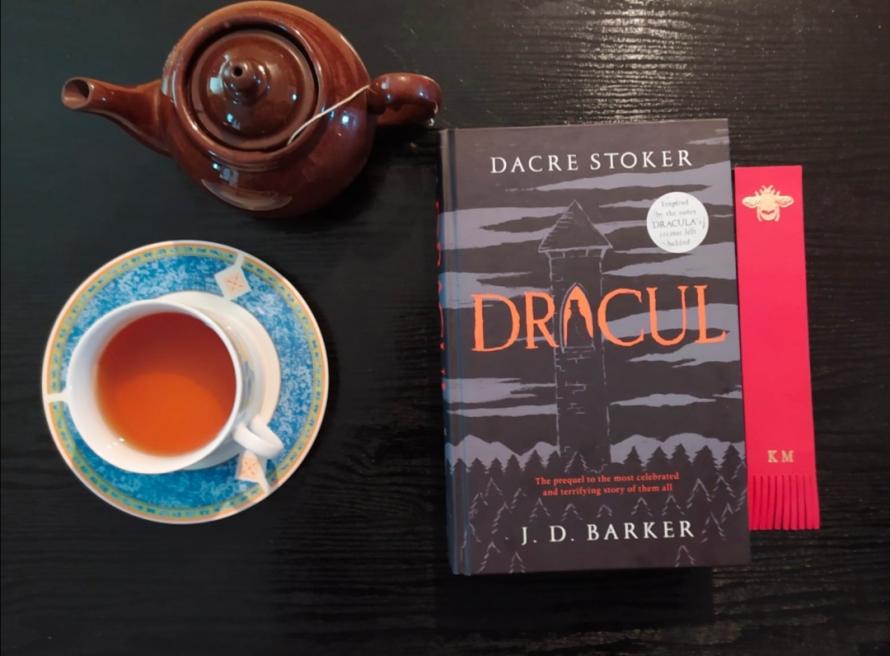 Dracul is a 2018 gothic horror novel by Dacre Stoker (Bram Stoker’s great-grandnephew) and novelist J.D. Barker. It follows the diary entries of Bram Stoker and his family as they encounter vampire Ellen Crone, paving the way for the iconic Dracula novel that we all know and love.
Written in diary entries and letters, the first part of the book follows the Stoker children, Bram, Matilda, and Thornley, as they encounter Ellen during their youth before moving onto their second encounter with her as adults. The book is written in the first person for the most part but is also inter-spliced with a third-person narration, telling the story of Bram in the middle of a battle for his life against an unnamed vampire. Dracul asks its readers an important question, ‘What if Dracula, the classic vampire novel, was based on real events? What inspired it? And most importantly, why did Bram Stoker decide to write about it?

I joined a Vampire Book Club
2020 has been a year, hasn’t it? To take my mind off the horrible things going on in the world, I decided to turn my attention to some fictional horror and joined a Vampire Book Club (along with another book club). Maven of the Eventide is a YouTuber who explores vampire culture through films, novels, and other forms of media. When I discovered they were going to read Dracul, I jumped at the chance to read it since I haven’t read the original Dracula. The original Bram Stoker novel is so ingrained within our society, especially if you are a horror fan. I can recall the plot points and characters of the novel even though I haven’t read it. Of course, I’ll eventually get around to read it because I enjoyed this book so much, I would love to see how Dracul lined up with the original novel.

Here is my thoughts

I found the diary entries very enjoyable, although there were a couple of mistakes, they weren’t distracting to the overall experience. For instance, in a diary entry written by Thornley Stoker, while the rest of the entry was written in the first person, instead of saying I, the writer referred to Thornley in the third person. A simple mistake that got past the editors, but it doesn’t affect the overall story, like I said. This book is a little unique because not only was it written in a style that mirrored the original novel, but it also had the task of linking real events from Bram Stoker’s life to the fictional world he created. It follows his family life from childhood to adulthood, adding a supernatural spin to it and linking it back into the fictional world. You can kind of call this historical fiction, but the supernatural element keeps it firmly out of that genre.

The Characters are Pretty Good
The Characters of Bram, Matilda, and Thornley, as protagonists, are pretty easy to root for, and their personalities play well off each other. You learn a lot about Bram’s life in this novel, from him growing up in Ireland during the famine, being sick as a child, and recovering. They also linked the character of Ellen Crone to mostly him specifically, which was a great idea considering he goes on to write Dracula. During his youth, he is shown to have a bond with his sister Matilda which continues into adulthood. His relationship with Thornley seemed a little strained at first, but their bond became stronger once they grew older. This is probably due to the fact that Bram was very sick as a child and was inclined to spend more time with his sister while his brother had to help their father maintain and support the house. Matilda being close to Bram, was one of my favourite characters, while she was headstrong, she also felt responsible for Bram in a way. While intentionally having a hard time believing her brother about Ellen, she soon comes around to it, eventually becoming the person to bring her brothers back together to go after Ellen in later life. You can see the historical changes with Bram’s elder brother Thornley and his wife, Emily. Personally, I feel pretty sorry for Thornley, his life was really affected by the book’s events, and it mirrors his real life. This book really makes you want to research into the Stoker family history, although it isn’t really necessary to enjoy it.

The most interesting character in the book to me was the person the Stroker siblings’ encounter during their childhood and then during their adulthood. Ellen Crone is a pretty amazing character, and I loved her back story. And once again, it follows the linking of a fictional tale to this story. Her story was the mystery that kept me reading, finding out who she was, and what she wanted was a highlight. Her back story doesn’t disappoint either. It felt like an Urban Legend that I heard when I was a kid, which made me even more interested in her character. There is so much to say about the character, but I feel like if I do, I’ll spoil the book for you, and it is a book that needs to experience for yourself.

There weren’t a lot of negatives in the book. Although, there were a couple of plot points that went nowhere or seem to be red herrings that seem to be there for scares more than anything else. They also serve as an example of the authors trying to stick close and fit real-life events around the fictional narrative, and it not really jelling correctly. However, it’s not huge, nor was it distracting for me. It didn’t make me want to put my copy of the book down.

Overall I enjoyed Dracul; it’s a great set up for not only the original Dracula but also another vampire story (I won’t let you know which, happy hunting). I thoroughly enjoyed learning about Bram Stoker and his siblings. I enjoyed seeing little nods to the Dracula novel, its characters, and antagonist, and I enjoyed bits of lore that was applied through the pages of this book. Dracul is available on Amazon, Audible, and Abebooks.