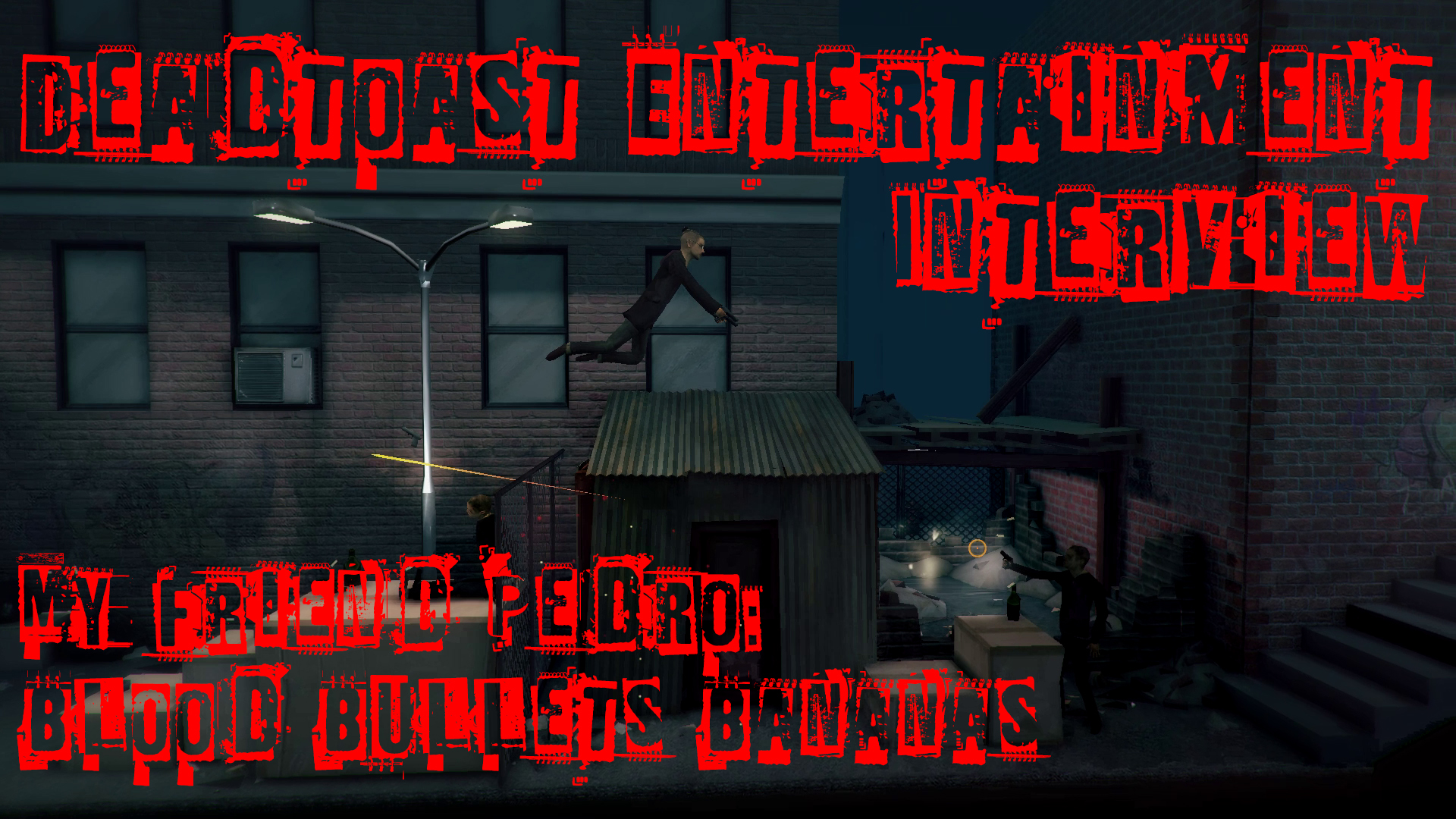 In the middle of 2014, a company called Deadtoast Entertainment released the web game “My Friend Pedro”. It’s a 2D shooter were you can go into slow motion and dive through the air Matrix style and shoot the bad guys. It was released to high acclaim and it’s developer is creating a updated remake of it called “My Friend Pedro: Blood Bullets Bananas”.

The series’ developer, Deadtoast Entertainment, is the one man team of Victor Agren currently based in Malmo, Sweden. Agren was once with Media Molecule, working on games like “Little Big Planet” and “Tearaway”. But his dream was always to develop independently. “I started working for Media Molecule, which left little time to actually finish off [“My Friend Pedro”]. It wasn’t until about six years later, when I left Mm to pursue my indie dreams.”

After first leaving Media Molecule, he left England and moved to Rio de Janeiro, Brazil. This was when he released his first major indie project “Nunchuck Charlie: A Love Story” under the publishing eye of Adult Swim Games. The game was well received proving that he could develop independently. He moved back to his native Sweden and started work on the original “My Friend Pedro“.

“The original idea for ‘My Friend Pedro’ actually first spawned about 8 or 9 years ago, back when I was in college. I had been making some experimental Flash-games before and when the time came to make our final project at college I wanted to make something a bit more ambitious, something that I would find fun but also something with a bit more “mass appeal” than my previous games. I’ve always been a massive fan of movies like The Matrix and games like Max Payne, so I decided I wanted to make something using slow-motion with a heavy emphasis on [acrobatics] and freedom of movement.”

“I’ve always enjoyed experimenting with new gameplay mechanics and around that time I had a small prototype called “Extreme Russian Gymnastics” which was all about jumping around and spinning in the air. It controlled quite terribly, but it spawned the first idea for the “spinning in the air” mechanic you see in [My Friend Pedro] today. Actually, “Extreme Russian Gymnastics” eventually got some guns added to it and changed name to “Blacklist” before that iteration of the idea got scrapped. The name carried on, though, as ‘My Friend Pedro’ used to be called ‘Blacklist’ for a long time.”

“I had finished college, but not the game. I started working for Media Molecule, which left little time to actually finish off MFP/Blacklist. It wasn’t until about six years later, when I left Mm to pursue my indie dreams, I decided to finish the game and release it. By this time the name ‘Blacklist’ had been used for other things (‘Splinter Cell: Blacklist’ and the TV-Series called ‘The Blacklist’) so it made sense to come up with a new name for it. This is when Pedro, the banana, came to existence.”

Those that have played the original web game game will know of Pedro the Banana. 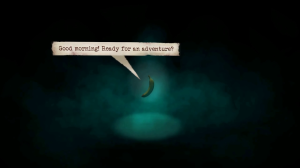 “Ready for an adventure?” Pedro the Banana as he appears in the alpha demo trailer.

“When I started the development of the original game (back when it was ‘Blacklist’) the game was intended to be “cool” and “serious”. However, when I picked up the development some 7 years later, my attitude towards that tone had changed. In order to make it feel more in line with my headspace in this day and age it needed something that made it not take itself so serious. Plus, I had probably spent about 7 years trying to think of a story that justifies a man running around shooting people, but most of what I could think of kept moving towards the cliché “Bad guys kidnapped your wife!” or “You’re a cop in the wrong place at the wrong time”-kind-of-thing. So I wanted to do something a bit more silly, but also something that could hint at the protagonist being a bit mentally ill. Like, “The banana made me do it!”.”

The banana is what cements the game together while adding a hint of madness. Pedro starts as a mundane mad persons vision who explains the game mechanics and controls in the tutorial, namely, the bullet-time. The bullet-time has more of an effect in the game then the long used Matrix-style slowdown and overlaid filter. With the side on perspective of the game, when you go into bullet-time you have the ability to control the character in the air, preforming flips and dives around bullets.

“The bullet-time mechanic in MFP is a bit more like an “Action-mode”, where it actually changes your controls slightly when you’re in mid air allowing you to spin freely in 360 degrees in order to avoid bullets and perform stunts. In fact, one thing I’m aiming for is for the player to really feel like they’re the ones pulling off the bad-assery happening on the screen rather than feeling like they just pressed a button to trigger the cool looking animation. Some people might struggle with the acrobatic side of the game and might not want to use the “Action-mode” at all, which is fine. The aim is to have most of the game playable as a normal run and gun game, but really tempt the player to get creative in their execution.”

“My Friend Pedro” is available on gaming websites (where I play it is on Kongregate) and “My Friend Pedro: Blood Bullets Bananas” is slated for a release on PC, Mac and Linux.

One thought on “Deadtoast Entertainment Interview”