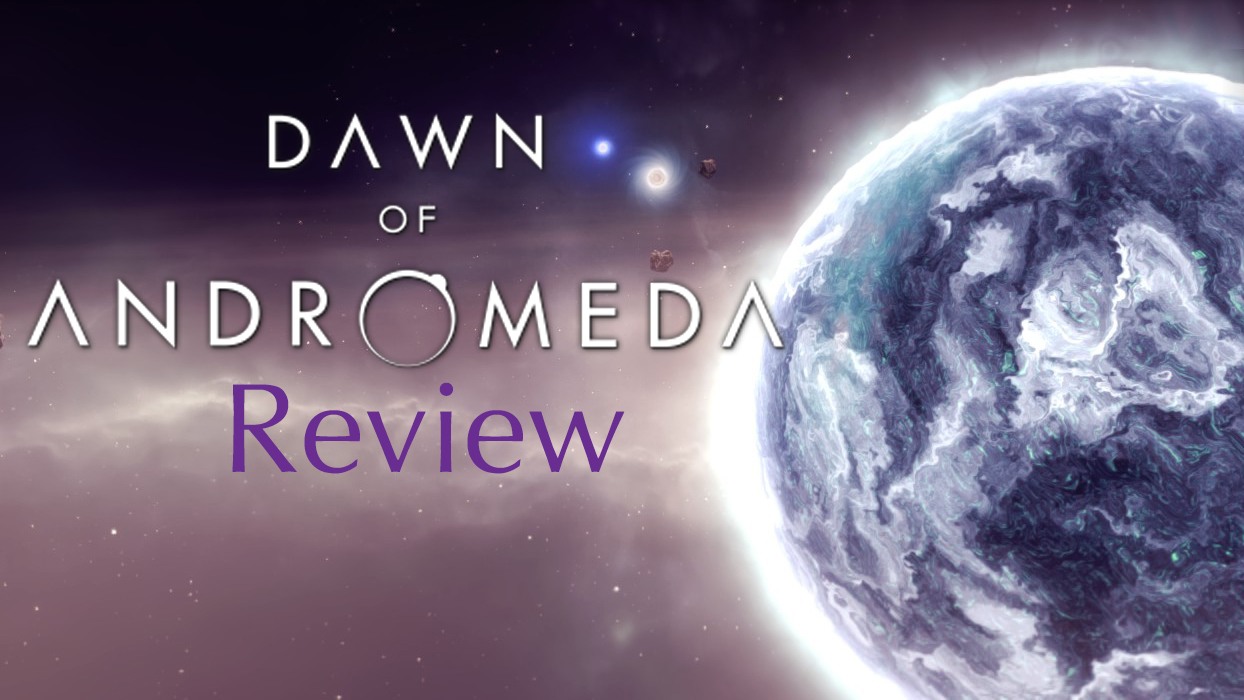 With it coming out of Early Access, “Dawn of Andromeda” has hit the ground running. The early access period was more of a public bug testing, as the only difference between the builds I played (the early build and the review build going up to yesterday) was a lack of bugs and the ‘Era’ mode, (basically a campaign mode). The gameplay was the same but it had a fair few bugs patched. (The most obvious was the ‘colony fail/planet select bug.) But this isn’t about the early access. So on to the full release game, and has a lot of things going for it.

‘Dawn’ is an empire 4x game (the 4x meaning eXplore, eXpand, eXploit, eXterminate for those that needed to Google it like I) where you take the place of a space faring species aiming for control of the Andromeda galaxy. 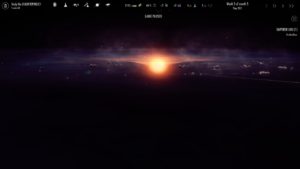 Each species have a modifiers, like being ‘clumsy shipwrights’ that weakens ship hp or being a pacifist species that has a high de-buff during war. That makes your choice very integral to your play-style. For me I went with the Sython Collective, a strong and stable species (look I can do it too [insert political joke]). You can make your own (as I did) but it can end up badly balanced depending on how you build it. There’s many different species with different selections of modifiers so your not going to be that concerned about making your own unless you really want to.

The gameplay itself don’t really change outside of species choice. You micro-manage your species controlling, unit movement/building, infrastructure spending on planets, diplomacy, etc. to a relatively in-depth degree. It has a sense of rounding going through much of it. For example, food is consumed at 1 per 1 billion population. Timers and building is counted in weeks and months going for a clean 4 week month timeline. It all has the feel that all of the details are rounded to the nearest whole number for simplicity’s sake. But that’s not to say that it’s not complex.

This ends up being the both biggest positive and negative of the game. As an empire game, it’s a bit simplistic but there’s a lot of micro-management detail to be managed. As a 4x game, the matches can move quickly but the micro-management end up slowing things down at times. Like many games, it’s a compromise and here it works well as each component of the game complements the rest.

For example, the research is divided into sets; war, society and infrastructure. So from the off-set you have to make a choice of the direction you want to take you empire, (that being war-like, science based or as merchants.) What cements it is that each set has all of the related research and the sets aren’t connected. So the war technology, policy, buffs etc. is in one set and so on. Each lead to it’s own different type of victory but it forces choice. You would think that that would lead to just blazing through the war policy to get the titan warships/weapons and calling it there. But there is one thing that changes that, ship customization. 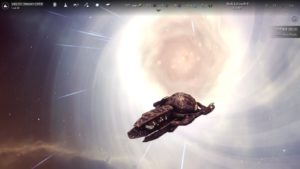 The ship customization is one of my favourite things in the game. The leading part of it is that you can make your own ship designs, balancing the stats manually. This means you can make anything from a small weaponized scout built for speed to a giant titan flagship death star. You become less limited in regards to your ships as your progress. But what evens out the warmongering in regards to defence is that the designs can be upgraded and changed when you progress technologically. Meaning that the first battle ship you built can get the latest arms, armour, modules and engine so you’re never behind in the war game. That combined with the passive repair your ships have in home space means that defending yourself is easer then attacking. So that political or economic victory you want is just as in reach as a galaxy conquest win.

The one issue that comes from this is the lack of multiplayer. The AI is good but it’s only AI. AI can only go so far so as you get more experienced or if you are already experienced may end up facing a problem in regards to challenge. The regular species balance is already there so the only thing that needs to be added is a component to allow online play.

The last thing to mention would be the visual design. The game looks fantastic! Right down to different types of stars that all burn realistically, the cloud of the galaxy swirls as a collection of particles, and the ships have a look of practical design (while some are mostly just bigger versions of small ones). That combined with the fluid zooming, going from a ship view to a galaxy overview, means that the scope of the galaxy can really be seen. 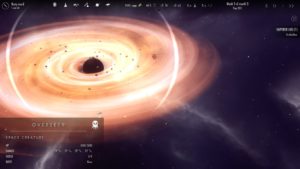 The whole game is finely tuned and interconnected. The fine details are there which makes for some in depth matches but the lack of multiplayer means that after the Era campaign mode the matches will become a bit similar. But it also means that players new to the genre will have a easy welcome that can become more challenging. It’s extremely well put together and comes highly recommended.