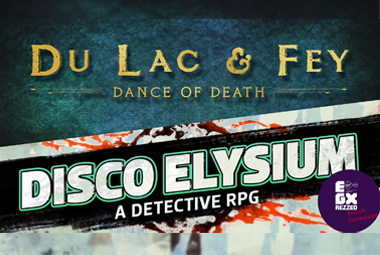 The only reason I put these two together for one of dual write-ups is because their both basically point-and-click games. From every other stand point they are completely different. Not so much like a comparison between Sierra and Lucas Arts but more a comparison between ‘King Quest’ and ‘Phantasmagoria’. One is wholesome and family friendly (as long as you don’t think about it) and the other is ‘Phantasmagoria’. 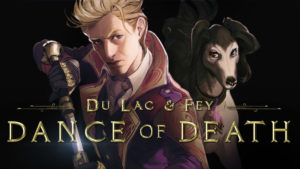 So let’s start with the family friendly game “Dance of Death: Du Lac and Fey.” Those of you who sense a pattern here are right to feel so as the named Du Lac and Fey are Lancelot Du Lac and Morgana le Fey. Yes this an Arthurian character story with the two anti-heroes of the lore (at least in the romanticised version) as the leads but there are twists. The first is that it’s 1888 (I’ll give you one guess to what mystery they aim to solve… yes it’s Jack the Ripper,) and the second is that Morgana is a dog. It’s not explained to how or why but they to actually mention it in the demo so I assume it’ll play a role when Merlin inevitably appears. At least I hope so as otherwise it makes no sense.

The gameplay is the usual two person point-and-click affair, one character as one set of skills while the other has others and you switch out to solve puzzles. The skills can just come down to the fact that one is a human and the other is a dog. One does the heavy lifting and the other talks to animals, I’ll let you work out which does which.

The puzzles that where in the demo were mostly inventory and look-at-a-thing puzzles so it’s usual point-and-click fare but the style is rather intriguing. The style they went for is a ‘moving painting’ style with the background being in the style of classical paintings and the characters being 3D rendered. At times it can be rather disjointed as the background can be radially different to the characters, but at others they both combine well and make a style that has the same drawn effect as Telltale’s adventure games.

From what was in the demo and from what I heard about the game, it seems good. Not groundbreaking as point-and-click games go (few are) but is still presented well. The story is one area that I’m still a little concerned about but that’s because its a style of story that has been done before (heroes of legend fight Jack the Ripper) but there was nothing in the demo that was directly off putting plot wise so I’m more in the mind of holding off until there’s a whole package to review.

While not a hearty look-out recommendation is still seems good. Fans of the Telltale adventure games will undoubtedly like ‘Dance of Death’ so it’s one to keep an eye on for those. 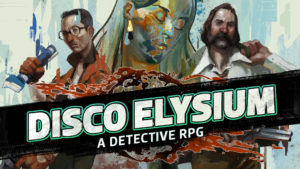 Now to move tones with “Disco Elysium”, another point-and-click game but more of an old style (being more text heavy) and much more psychedelic.

It’s the sci-fi 1970’s and you are a police detective on the case of moving a dead body. But you where called in several days ago and in the intervening time you got drunk to the point where you have a near death experience and get amnesia. And by amnesia I mean total amnesia. You don’t know your name and you only assume your a cop because other people say your one. He’s a complete blank slate, ready for you to impart your RPG-ing on to. It’s a good set up and you can spent a long time in the opening ‘void space’ to really hammer home your mostly deadness. Although I do think there was a missed opportunity to have the chance to kill yourself before you even start (Consuming Shadow style).

The RPG mechanics are very broad. You have the usual renamed intelligence, strength, dexterity, and charisma stats but there is also (what I like to call) the Schizophrenic Stats.

Each of the four core stats are divided into sub-stats that are represented by a image and a voice. For example there a voice called ‘Encyclopedia’ which represents your memory as part of your intelligence stat. There’s six ‘voices’ for each stat making a total of 24 ‘voices’ in your head, all ranging from ‘ Encyclopedia’ that helps you remember things (which is good for a point-and-click game) going all the way to ‘Electrochemist’ who wants you to take all of the drugs, all of the time (which eventually kills you).

The way all the voices combine is to make a very complex stat system. That combined with the plethora of dialogue and action options given to you can mean radially different games each time you play. At least it seems so. From what the developer I talked to said, as the games go on the options and outcomes become more extreme. For example, the Electrochemist suggests you try alcohol for more charisma. If you do, later they’ll push to have more, then more later, and more, until you in a state of perpetually drunk and only left with terrible options when prompted.

It’s interesting as it makes the end games between players very different but I would think that it can lead to having some voices be more quiet more of the time as well between players. For example, I can see many taking Electrochemist to the extreme but can’t see many taking Conceptualization, a stat that gives the game a noir feel with extra dialogue and artistic impressionism, to the extreme. More stats means there’s a higher chance that some stats are going to be more useful (or have a bigger impact on the game) so will be used more often by players while others will just go unused and be ignored more often by players.

I left “Disco Elysium” fascinated. The scope they’re aiming to get with what you can do is massive. While I was talking to one of the developers a long time fan (the game has been in development for a few years now with a sudo-cult status because of it art direction) came a long and joined in. Hearing more about the games past like the games original title being “No Truce with the Furies” got me fascinated in where the game will go as a final product. I’d say keep an eye on this one as it seems like it’s going to be a hell of an experience to play.