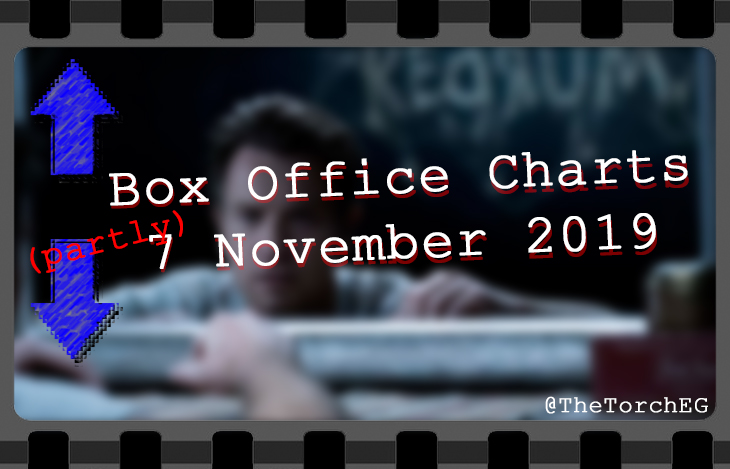 The last week has been one that went pretty quickly. It’s a busy part of the year so a lot of work outside of writing and sleeping in-front of the PC. Anyway…

There’s one easy comparison point between the international and UK film markets and that Dark Fate. It’s number one in the US but still simmers down in fifth.

Joker and Maleficent fill out the top three in both regions, with The Addams Family taking Dark Fate’s place in number two in the UK.

With this post coming out so after the fact, there’s not much reason to delve into the weeks releases. So right just get right into the UK Weekend Box Office,

And here is the US/International box office chart for this week;